The first incident occurred on Oct. 7, when a trespasser entered the second floor math hallway near the end of the school day to confront a Blair student he knew from his neighborhood. A verbal altercation escalated into a physical fight, at which point Blair security intervened. "Security was called, security came in, there was a heated argument between the men and the trespasser was removed. We later found out too, from looking at security cameras, he didn't walk through the main entrance and sign in," Principal Renay Johnson explained. 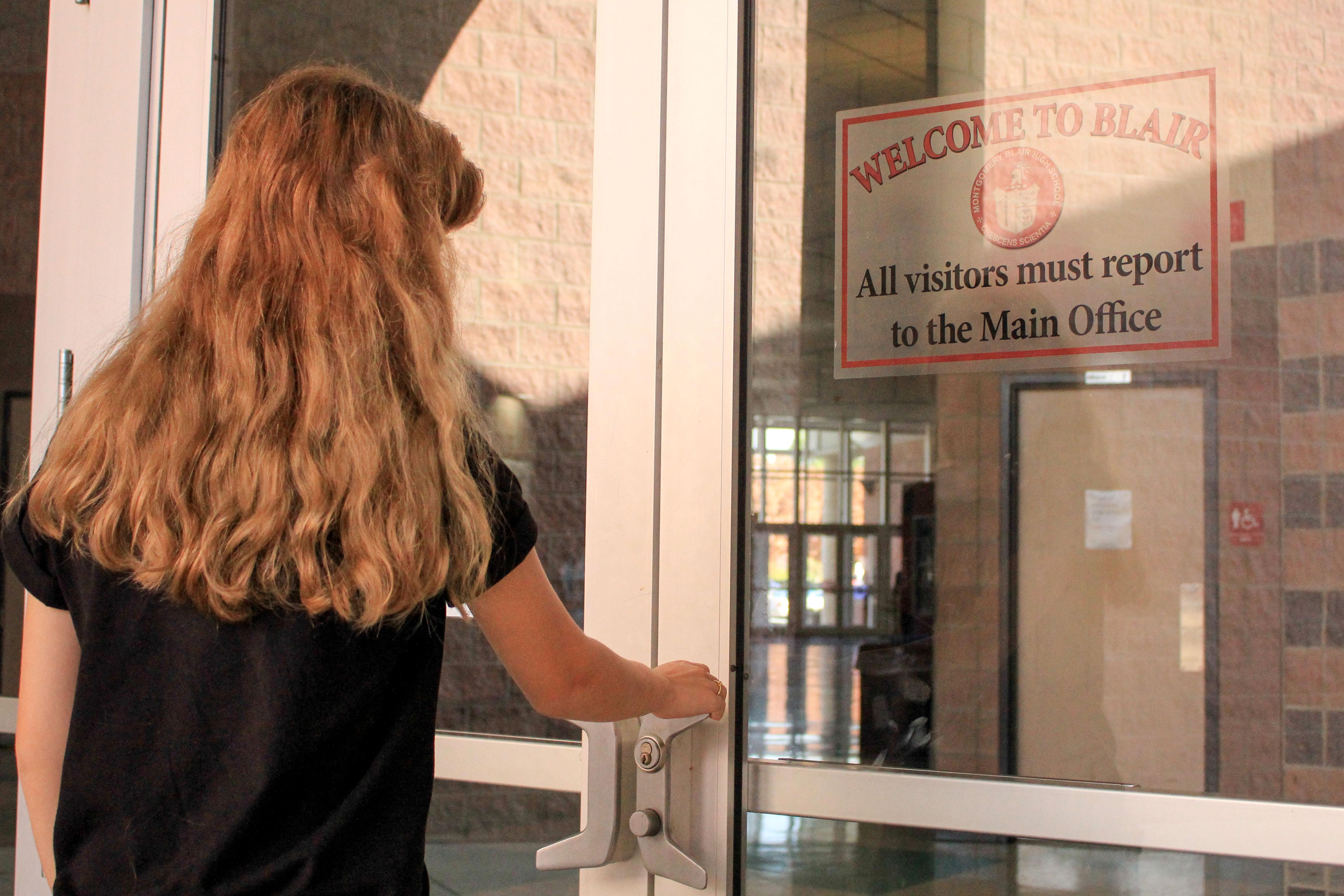 Photo: A number of students from other Montgomery County High Schools trespassed onto Blair property.

Photo: A number of students from other Montgomery County High Schools trespassed onto Blair property.

Two days later, on Oct. 9, a student from another Montgomery County High School entered the building with the intent of buying a ticket for the Homecoming dance. However, he also did not sign in at the office and was therefore considered a trespasser.

On the Monday of the next school week, Oct. 12, two students from a Gaithersburg high school gained entrance to the building at the end of the day. After the last bell rang, they approached a Blair student in an English classroom with whom they had a disagreement and a physical altercation ensued. The hallway quickly became crowded as Blair students gathered to watch and film the fight on cellphones. "Everyone was crowding around the girls and I heard them yelling at each other and then I saw hands flying," sophomore Aissatou Bokoum said. The fight was broken up by the teacher, who told students to move along in the hallway and pulled the two students from Gaithersburg into his classroom. "I got stuck at the door because everyone crowded up and I had to wait until everything was over," Amy remembered. A friend of the targeted Blazer who intervened to defend the student received a cut to the face.

All of the students who entered the building without permission received "no trespassing" letters, issued by Montgomery County Police. The Blair students who opened the door for the intruders were suspended.

Johnson sent out a letter to Blair parents and guardians after the incidents, which warned against opening doors for visitors, but did not mention the specific instances themselves. "I was basically trying to say 'don't let strangers come in' but not going into detail on each incident. I think it's too much information," Johnson said. She also made a similar announcement to students over the intercom, mentioning that outsiders had gained entrance to the building but not the physical violence. Johnson said that describing the incidents in more detail could have compromised the privacy of the affected students.

Though she said there was likely no connection between these three occurrences, Johnson had some guesses as to why they happened. "Maybe Homecoming week was just a crazy week and people felt like they wanted to settle their beefs, but maybe not. Maybe it's happening more often than we know," she said.