With school finally winding down and summer right around the corner, some of the hottest artists are busy prepping for some sweet summer shows. If you're sticking around this summer, quit looking for ways to beat the heat — listen to some great beats instead. Some scorching tours are happening close to home.

Vans Warped Tour is the classic summer concert. The international tour features music by artists representing a wide range of genres from pop to hip-hop to punk. Warped has been the longest running festival concert tour in America and more than 600,000 fans come out every summer. The outdoor music festival has multiple stages on which different bands perform at regular intervals. Fans can vote on which band they want to play the longest and the band chosen will perform at the end of the night. 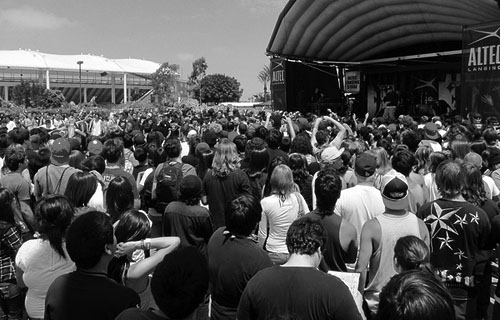 Photo: Hundreds of fans cluster by one of the giant inflateable stages at Warped.

Photo: Hundreds of fans cluster by one of the giant inflateable stages at Warped. Photo courtesy of SteelTownRock.com.

If you're looking to scope out some new bands, Warped will usually feature a handful of up-and-coming artists. The best thing about Warped is that the festival lets old and new music collide. The lineup changes every year based on who's popular, but older bands like Bad Religion have been known to perform before.

This year's lineup includes Gym Class Heroes, Attack Attack!, Family Force Five, The Ready Set and We Came as Romans. You can get the latest tour updates on Twitter @vanswarpedtour.

The Rolling Papers World Tour is definitely going to be one of the freshest concerts hitting Maryland this summer. Big names like Wiz Khalifa, Mac Miller and Curren$y are sure to bring some excitement to Merriweather's stage.

Khalifa is promoting the release of Rolling Papers. The album features high-energy tracks while still maintaining Khalifa's signature laid back vibe. Prior to Papers, Khalifa released Kush & Orange Juice and the Taylor Gang fanbase had an overwhelmingly explosive response. Wiz has also done some more serious tracks like "On My Level”— a pure rap track featuring Curren$y. 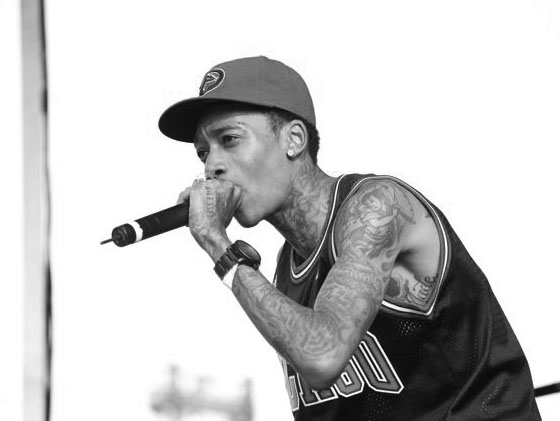 Photo: At a recent outdoor concert, Wiz raps lyrics from his new album.

Though fewer Blazers may have heard of Curren$y, he was named one of the Top 10 Freshmen in XXL magazine and is currently preparing to drop his sixth album.

As for Mac Miller, the 19-year-old Pittsburgh MC will be promoting the launch of his new record Best Day Ever. Wiz and Miller hit Baltimore last year, and now's your chance to see them light up the stage one more time.

Rihanna's new tour is rumored to feature some crazy new costumes and elaborate stage designs that are sure to create a memorable night. This summer, she'll be touring with Cee-lo Green, famous for his insanely catchy radio hit "F--- You.” 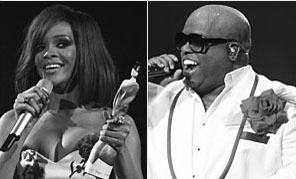 Photo: At the Grammys, both Rhianna and Cee-lo had show-stopping performances.

Photo: At the Grammys, both Rhianna and Cee-lo had show-stopping performances.  Photo courtesy of NeonLimeLight.com.

The Loud Tour kicks off right here in Baltimore at 1st Mariner Arena. Rihanna's album, Loud, is her fifth studio album, released by Def Jam Records in November last year. Her last tour promoted her edgier album Rated R which featured hits that had a defiant, in-your-face-attitude. Loud is a 180 degree turnabout for RhiRhi, who's now releasing more club tracks with a lighter, more fun pop vibe. However, the Barbadian superstar still recorded a few slower, more heartfelt ballads for the album, like "Love the Way you Lie (Part II).”

Bringing even more energy to the show is eclectic artist Cee-lo. He's come a long way since his days with Goodie Mod and Gnarls Barkley and he's recently released The Lady Killer. When Cee-lo and Rihanna hit the stage together in June, the two are bound to deliver an awe-inspiring performance.

The whirlwind tour features 12 metal bands, 26 tour buses, 13 production trucks and over 20,000 amped-up fans. The Mayham festival, which started in 2008, has become one of the most popular heavy metal shows of the year. Metalheads from all over Maryland and Virginia are expected to attend this explosive event. 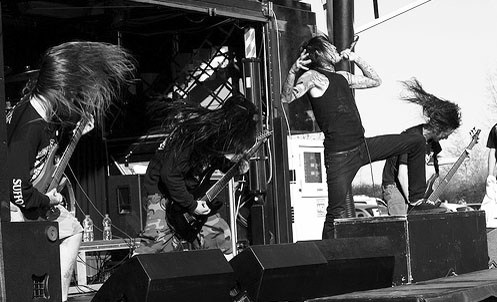 There are three stages on the tour: the Jagermeister stage, the Extreme stage and the Rockstar Energy Drink Main Stage. The main stage will feature bigger bands like Megadeth, Godsmack and Disturbed. But, up-and-coming bands like In Flames and Suicide Silence are performing too. The tour is sure to have tons of energy, but even if you're not that pumped up, Rockstar will help you stay awake.

To make it easier for young metalheads to keep up-to-date with all the mayhem happening on the tour, you can follow it on Twitter or download the new Android application that lets you create a tour schedule, set alarms to notify you when your favorite bands are playing and get notifications about meet-and-greet sessions.

Naturally, no one wants to pay a fortune for concert tickets, so here are some easy ways to attend shows this summer.
Everyone's familiar with TicketMaster, but some other ticket sites are StubHub, TicketFly, ShorelineTickets, AmazonTickets and TicketNetwork. These websites are somewhat under the radar, but if you start your ticket search early enough, you can score tickets for up to $10 less than face value.

Another great way to score tickets is to listen in to Radio stations, like D.C.'s popular HOT 99.5. You can either call in or enter contests online and with a little luck, you can score free tickets. If all else fails, you can go to the venue and hope that you'll be able to buy tickets there. Bigger shows that are sold out online will usually have scalpers selling tickets outside the arena, but be wary because you'll have to spend big bucks at the last minute.