The medals, the snowsuits, the way an ice skater's feet execute a perfect triple axle — the Winter Olympics are full of wonder. Every four years, world-class athletes from across the globe come together for hair-raising competitions on ice and in snow. We, your entertainment editors, were shocked and embarrassed when we were not invited to the 2010 Vancouver Olympics. Demeaned but determined, we decided to host our own event in Silver Spring to showcase our Olympian talents in three winter sports. 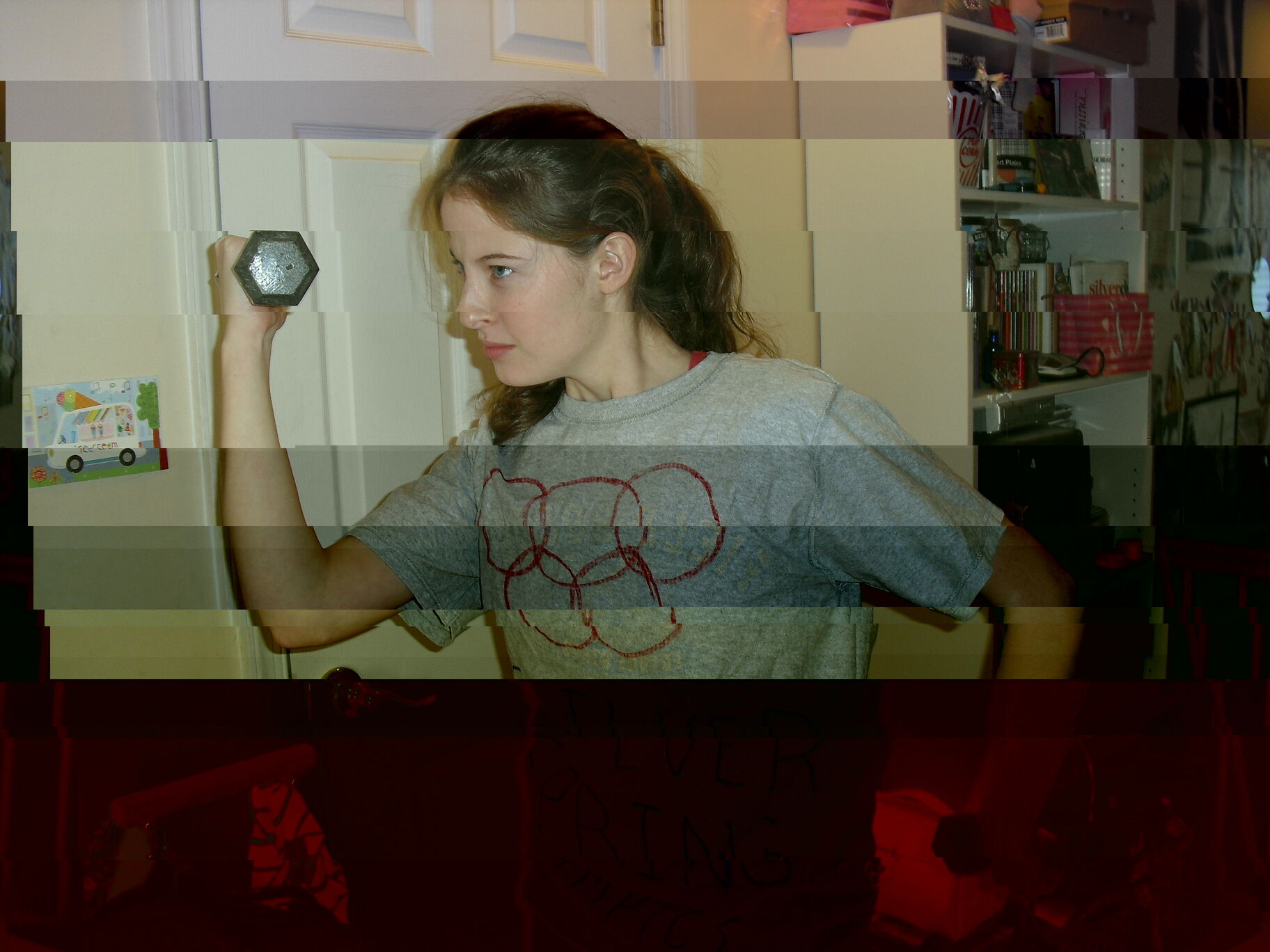 Photo: Samantha bulks up for the Silver Spring Olympics.

Photo: Samantha bulks up for the Silver Spring Olympics.

No Olympian can expect a gold medal without working for it. Keeping this in mind, we began training a whole 30 minutes before the events. Tasnia, whose sports background amounts to air hockey and freeze tag, combined with Samantha's recent stress fracture meant there was a lot of work to be done. After building up our upper body strength by lifting two-pound weights, we were ready. We felt pretty comparable to our favorite winter athletes, like Picabo Street, a U.S. alpine skier champion of the '90s. Yet, there was still something missing.

We looked down at our jeans and realized the problem. What self-respecting athlete can compete without a uniform? But not to worry we told the judges inside our heads (who happened to be Simon Cowell and Paula Abdul). Using old middle school gym t-shirts and markers, we created possibly the classiest uniforms ever. Let the games begin. 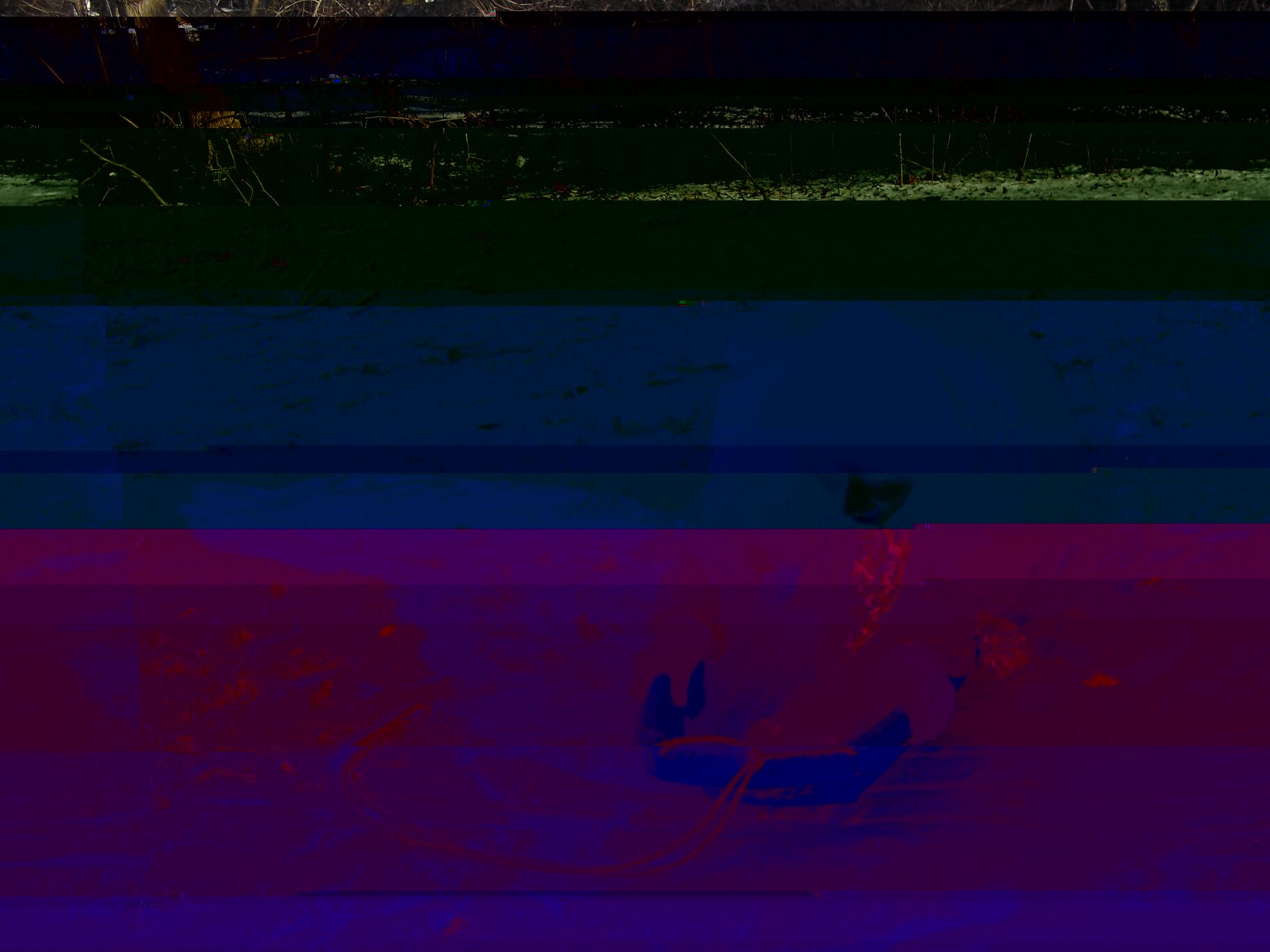 Our first event was bobsledding, which consists of a team of two to four players racing down an ice track in a bullet-shaped sled. Lacking the ice track and the sled, we decided to do it old school with a hill, snow and plastic sleds. Luckily, our lack of materials did not diminish our intensity or professionalism.

We headed to the park and set up our sleds at the top of the biggest hill, about seven feet tall, that we could find. The first hill we raced seemed great, until we both stopped halfway down and had to push the rest of the way down with our heels. We opted for a shorter but steeper hill a little farther away. Samantha pulled ahead, while Tasnia almost crashed into a tree — twice. While Samantha took the gold medal this round, Tasnia vowed to get revenge at the next competition.

Next, we both climbed into the sled and attempted to go down the hill as fast as possible. Our record time is sure to get into the Guinness Book of World Records — four and a half seconds, on a three-foot hill! Unlike Vancouver, Silver Spring only boasted about a half inch of snow — and that's in the deep parts. Exhausted, we trekked home to face two more brutal events.

Before our Silver Spring Olympics, neither of us had even heard of curling, but we decided to give it a go — after all, it is one of the most popular sports in Canada. We spent hours researching rules and techniques and watching high-suspense curling YouTube videos to prepare. Usually, curlers push a large stone puck down a narrow ice track and try to land the puck in a target at the end. Without an ice rink nor a granite ball, we had to improvise. To direct the speed and direction of the puck, two other members of the team use brooms to sweep the ice in front of the moving stone. Substituting a soccer ball for the puck and kitchen brooms for the Olympic-style ones, we began the game.

After an excruciating 30 seconds of play, we called it quits. Our valiant efforts to sweep the snow and move the ball were crushed. We would never be like our curling hero Jennifer Jones, who won Canada the world title in 2005. We just couldn't figure out how those Canadians do it. Clearly, they have too much time on their hands during cold and icy winters to come up with a crazy sport like curling.

The Biathlon is one of the most intense sports in the Winter Olympics lineup. Competitors are required to shoot rifles at targets while skiing through a firing range. Talk about multi-tasking. We didn't have enough skis or snow so we substituted rollerblades. We also thought the neighbors would appreciate it if we used Nerf guns instead of rifles. Armed with a Nerf gun and rollerblades, Tasnia was disqualified in the first two seconds — she fell straight on her behind. Since Tasnia was no longer part of the competition, Samantha decided to use her as the target. Fortunately for Tasnia, Samantha is not a very good biathlon athlete. After eight attempts, Samantha finally got Tasnia square in the jaw.

Warning to readers: do not try this at home. These sports are highly dangerous and require precise skill and athleticism. Although our Olympian talents were not recognized this time, we're sure the Olympic committee will invite us in 2014. We will be accepting donations for this trip. Watch out, Picabo — we're about to steal your gold medal.

Tasnia Habib. Tasnia Habib has nothing else to do but to write for the incredible Entertainment section of Silver Chips. More »