Blazers earn a multitude of awards in science, video production, math and trivia

Throughout the beginning of 2017, many Blazers entered competitions and fairs to showcase their skills in a variety of subjects. A number of them were recognized for their achievements.

Junior Tiffany Mao received a Silver Key for her poem entitled "A Snapshot of Time" and a Gold Key for her painting entry. Mao spent months on her art pieces. "I really enjoy painting, and for the contest I chose to paint fruits, something organic. It takes me a couple months to really polish a piece," Mao said.

Gandhi Brigade
Members of the organization Gandhi Brigade Youth Media, from Blair and other schools, were awarded second place at the Independent Film Festival for their documentary about police accountability. Students Alix Swann, Kaleb Dagne, Abel Demiss, Zenab Abubakari and Alyssa Berrios, in addition to other non-Blair students wanted to bring awareness to the lack of police accountability. The group's goal was to create an inclusive documentary. "We, as minorities, wanted to express our opinions on the issue and also showcase the other side of the issue," Dagne said. 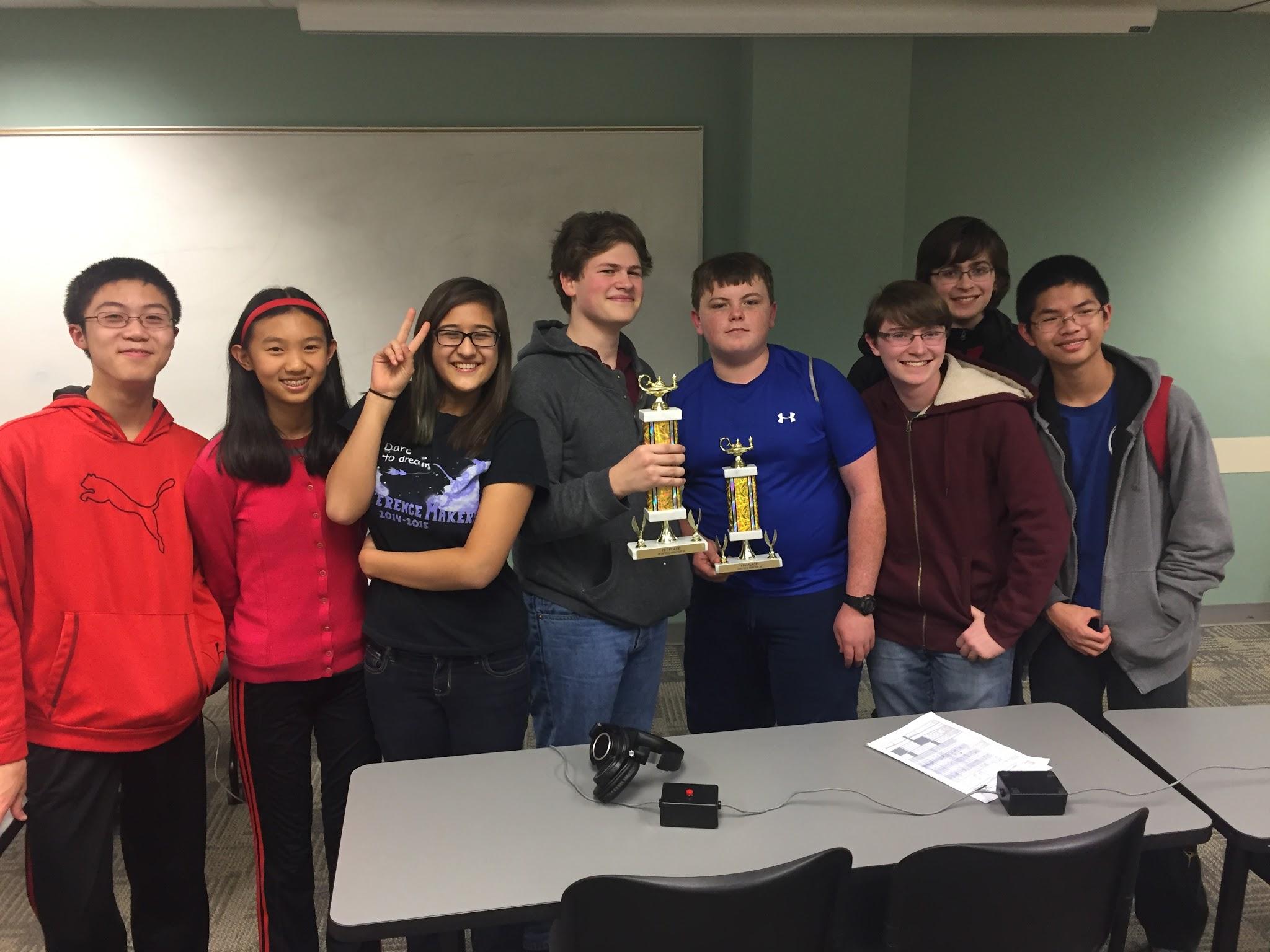 Photo: Its Academic team students hold a trophy after winning.

Photo: Its Academic team students hold a trophy after winning.

It's Academic
Senior Sambuddha Chattopadhyay, juniors Ben Miller and David Witten and sophomores Anson Berns and Ian Rackow, Blair's It's Academic (ItsAc) team won the Montgomery Academic Beltway League, Maryland National Academic Quiz Tournaments (MD NAQT) State Championship, and It's Academic Playoff Round. They will advance to the It's Academic semifinals later this year, which is a local quiz show that airs every Saturday morning. In addition to competing on air, the team will compete locally against schools from Maryland, Virginia and D.C.

Forensics
Senior Willa Murphy received first place in Serious Prose and 2nd place in Serious Poetry in the Montgomery County Forensic League 2017 competition. She is the co-captain of Blair's Forensic Club, which specializes in the exploration of literary and theatrical works through public speaking performances. Murphy advanced through the qualifier, semi-finalist and finalist rounds.

Science Research
Senior Ethan Chen was awarded 2nd place at the 2017 Regional Junior Science and Science and Humanities Symposium (JSHS). He will present his project at National JSHS in San Diego, in late April.

Three Blair students were named Montgomery County's representatives for the International Science and Engineering Fair, more commonly known as ISEF after competing in the local science fair, Science Montgomery. Sophomore Naveen Durvasula and Senior Sambuddha Chattopadhyay, in addition to alternate sophomore Daniel Schaffer will head to Los Angeles, California in late May for the national competition.

Chattopadhyay and Senior Rohan Dalvi were named two of 40 Regeneron Science Talent Search (STS) finalists. They were invited to Washington, D.C. in early March to compete in the final fair.