Ten Blazers participated in Montgomery County's 55th Annual Science Fair from March 18-20. Senior Shilpa Kannan was the only Blazer to receive first place in her category of biochemistry and was the second runner up to attend the 2011 Intel International Science and Engineering Fair (ISEF). The fair took place in the Armory Building at the University of Maryland and was open to students throughout the county. 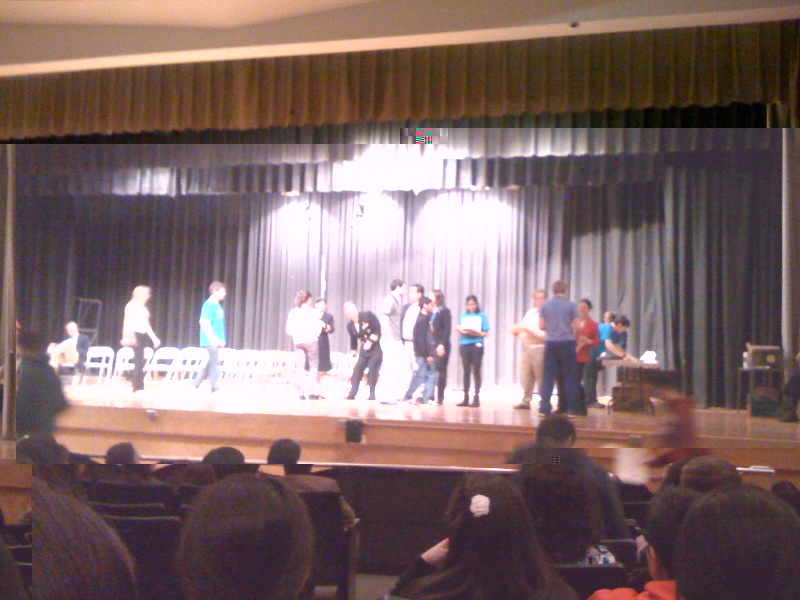 All 10 Blair contestants were members of the Science, Math and Computer Science Magnet Program, although the fair was open to all Montgomery County students from all programs and grade levels. Categories in the Science Fair include Behavioral and Social Science, Biochemistry, Biology, Chemistry, Computer Science, Earth and Space, Engineering, Environmental, Mathematics, Medicine and Health, Microbiology and Physics. In addition to placing in each category, students received various awards and recognitions from community organizations.

The Science Fair had over 400 participants including both high school and middle school students. Many Blair students entered the competition with their Senior Research Projects (SRP) or presented research performed during an internship.

According to senior Ajay Kannan, the Science Fair differed from other competitions because it required students to display their project and communicate their research to the judges, whereas in other competitions such as the Siemens competition, students only submit research reports for the beginning stages. Ajay found these differences to be a beneficial experience. "[The] science fair is centered on your ability to convey your research to a live audience," he said. "Both are extremely important for success as a scientist, so I'm grateful I had the opportunity to do both types."

According to Shilpa, the Science Fair was more publicized in past years. However, this year Magnet Research teacher Elizabeth Duval, who is usually responsible for coordinating participants from Blair, was on maternity leave. Additionally, Magnet Coordinator Peter Ostrander believed that a low number of Blair seniors participated because the fair took place around the time students were concluding their research. He hopes to see more underclassmen in the future. "I'm okay with not having a huge number [of students] but I want to see more underclassmen," Ostrander said.

Though this was the fifth year Shilpa has participated in the fair, she was especially surprised this time. "The projects were amazing this year," she said. "It means a lot to me – I've never gotten first place before."

Ajay also enjoyed the different atmosphere and experience provided by the Science Fair. "[The] science fair hones your data-based argumentation skills and is one of the most intellectually stimulating experiences a high school student can have," he said.