The bitter winds of January blow in snow, frigid temperatures and last but certainly not least, football playoff hype. Today, the playoff season kicks into high gear with the final rounds of both the American Football Conference (AFC) and the National Football Conference (NFC) and those respective winners will go on to play in the mother of all tournaments: the Super Bowl. Most of the nation is on the Titanic about to hit the sports craze season iceberg and fall into the sea of Super Bowl excitement. But there are those of us, however few, who seemed to have missed the boat. We are the spectators in an otherwise sports crazy world, and that's just fine. 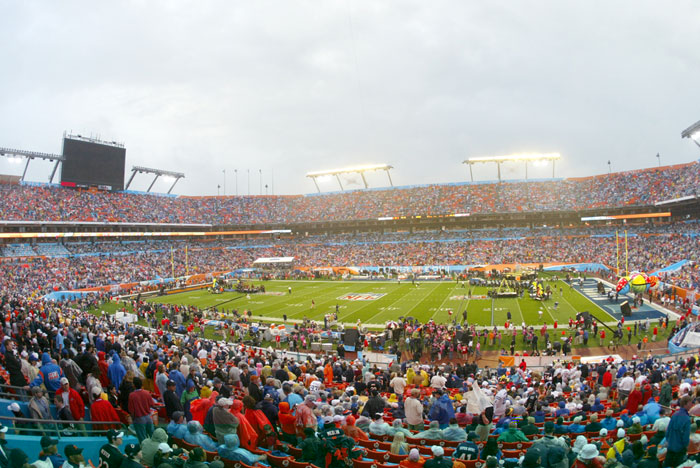 Photo: The upcoming Superbowl will draw millions of fans nationwide, but not all watch for the football.

Photo: The upcoming Superbowl will draw millions of fans nationwide, but not all watch for the football.

Sports are no longer for just the papers or the TV anymore. The internet is loaded with sports blogs, sports websites and you can even watch sports straight from your computer. During big sports days (such as today and on the Superbowl) Facebook is littered with statuses supporting a variety of teams and players, usually marked with an excess of exclamation points or a cute emoticon. But the TV is the center of all the sports entertainment, and now with surround sound and High Definition you can literally bring the game into your home. People go all out for the Super Bowl and other big games, and sports are a great way to connect with people and share similar interests (unless, of course, you're fans of rival teams).

I'll be the first to admit that I'm not tuned in to all of this. Sports are cool and (obviously) eventful, but I'm not going to plan my day around a game. I love that people are giant sports fans and talk about it constantly, bridging the gap between home and the classroom with talk of who won last night's game. Undoubtedly many people will tune in for the playoff games this evening and even more for the Super Bowl on February 6. I'll watch the Super Bowl too, but for a different reason.

Super Bowl Sunday viewers can be broken down into two main categories: the die-hards and the commercial-watchers. Here we have many die-hards, those who get up early and get ready all day for the big game. Super Bowl snack food? Check. Team jersey and corresponding hat? Check. For the rest of us it's more about the commercials and half-time show. The National Football League (NFL) bringing the Black Eyed Peas to the Super Bowl as the first non-old time band since the Janet Jackson/Justin Timberlake fiasco is a clever way to attract a younger audience, especially those who usually wouldn't tune in.

I used to feel slightly bad about not being entirely interested in sports, but now if I am watching I love questioning every element of the game. Learning new facts is fun and even helps to pique my interest in the game. The energy of sports games in indescribable, even if you're not into the sport itself. Going to or even just watching games with sports fans morphs my apathy into something else entirely - excitement. Sports may not be my thing, but excitement definitely is.