The art of grafitti

Never write over someone else's work.
Don't use someone else's name or tag, especially if they're well known.
Writing on churches, cars, and private property is off limits.

Keeping these unspoken rules of graffiti in mind, James, a senior, arms himself with spray paint and walks along the train tracks. Suddenly, red and blue lights start flashing, followed by the shout of police officers. But James is already long gone; only his cans of spray paint remain, rolling around on the ground where he dropped them. James jumps a fence and weaves through the streets, running as fast as he can.

Graffiti appeals to James for a few reasons. It allows him to express himself artistically; a medium through which he can explore his artistic talent and share it with the world.

It's also illegal. We all want to feel in control of our own lives, and for some that means following the rules, while for others it means breaking them. Graffiti artists do that by adding a burst of color and their personal mark on the world around them. 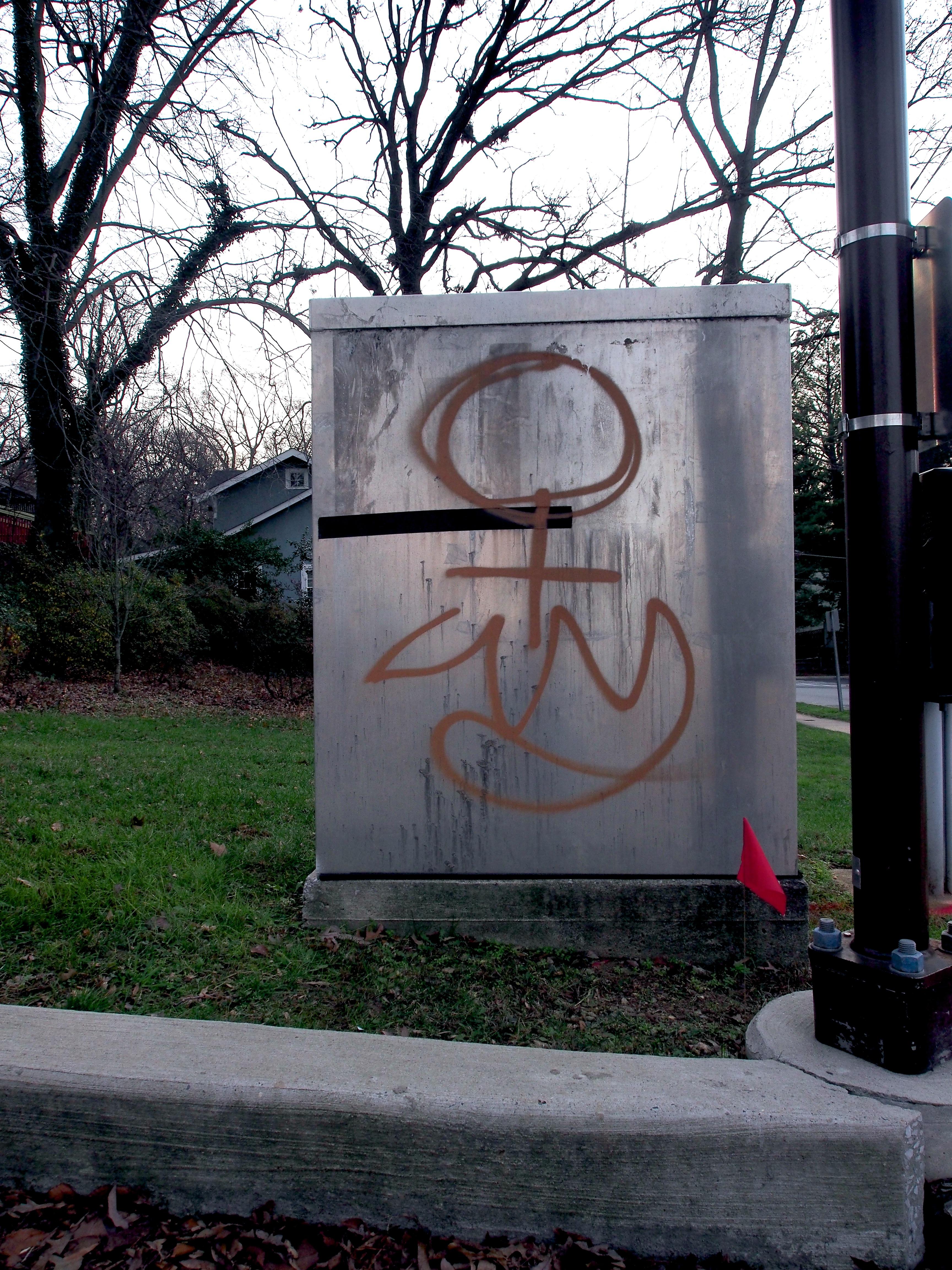 Photo:
Graffiti Through the Years

From ancient Roman graffiti carved into walls and monuments to its commercialization and assimilation into contemporary popular culture, graffiti and tagging has always been an iconic and controversial form of art. Graffiti, or writing and drawings that are scribbled, scratched, or painted illicitly on a wall or other surface is all around us, whether in the form of a huge name written on a wall or a tiny scribble on the back of a street sign. In the 1970s, the form of artistic expression went through an explosion of popularity, and in the 1980s, it started being showcased as art in galleries. Tagging, a way of anonymously signing one's name, is an offshoot of graffiti. A sort of unique signature, tags can also be symbols or small designs.

James started experimenting with graffiti in sixth grade when a friend, who was also into "rebel type stuff," approached him with the idea of starting a tagging crew. James's crew was called We Rite Stuff, or WRS for short. It was while he was a part of WRS that James came up with his first tag, "con". "I just took my purple Sharpie and ran around my neighborhood writing it everywhere," James smiles. "I thought I was so cool."

James admits that, while he wasn't that great when he first started, he's gotten much more skilled over time. His tag changed several times over the years as he experimented with different letters and shapes, and James has finally settled on one that he likes. He asked that it not be published. Like the name that he uses, James's style has also shifted over time. He has moved away from going out and tagging in public and now works primarily in notebooks to develop and expand his personal style. He considers himself more or less retired.

James's main focus is expressing himself through his art, but he doesn't mind the fame that goes along with it. "I like drawing in my book because it's easy and spray paint is expensive," James explains. "Going out is dangerous but really fun, too. It's not as much for the expression of art, it's for getting famous and really getting your name out everywhere." James has had no problem with the latter, and he says that although he hasn't done anything new in public in months, people still come up to him to say that they've seen his work. That's partly because some of his bigger tags have been running for up to three years. "I haven't even gone out and written illegally in a long time but I still hear people telling me every day that they see my name everywhere," James says casually. "The fame is pretty cool."

Like James, another graffiti artist at Blair, "Pablo the Great", began experimenting in middle school. He started by writing whatever came to mind, and then in ninth grade he began writing a phrase that he and his friends would say to each other in the hallways. That's the tag that he uses today. Pablo would like his tag to remain anonymous. He writes anywhere he can, from bathroom mirrors to doors to trucks. The school had to repaint one particular door that he tagged because the paint wouldn't come off. "That was hilarious," Pablo grins. While he admits that his designs are not always legible, Pablo never picks up his pen or paint so that the whole thing is done in one stroke. This gives his work a sort of "motion and fluidity," as his friend describes it. 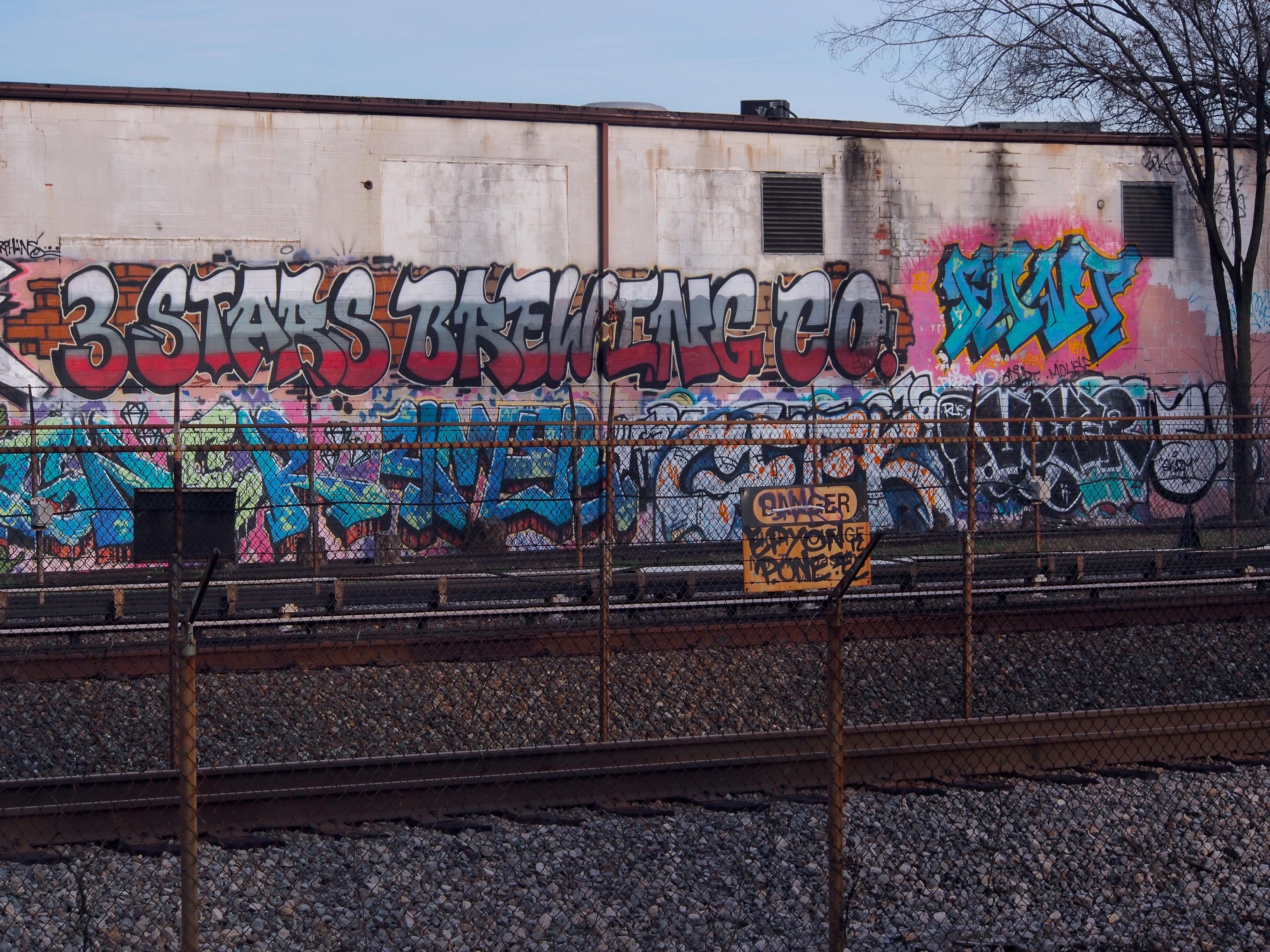 Photo: Many Blazers express themselves through grafitti

Photo: Many Blazers express themselves through grafitti

Pablo had a brief setback last year when he got in trouble with the police and his parents for writing on someone's property. He was being tutored when a white truck pulled up outside. The temptation of the clean white space was too much, and Pablo quickly ran outside to tag the van. As he was walking away, a pedestrian who saw what he did confronted him. "That was a huge fiasco," Pablo remembers. The police decided not to press charges, but Pablo had to pay an $800 fine. His parents weren't pleased with the situation, and decided to take away all of his markers and paint. "I would have to store cans outside my house and then I would go get the cans and then go do whatever I was doing. They were checking my sketchbooks and stuff to see if I was still doodling graffiti," Pablo recalls. Pablo didn't let his parents' anger hinder him, and while he assured them that he was done tagging, he didn't stop.

The world of graffiti is often surrounded by an air of mystery and rebellion, and for Pablo, that adds an inescapable appeal. "It's like anything else that's illegal. Why do people do drugs? Because they're not supposed to do them," he says.

While some are convinced that all graffiti is simply vandalism, others appreciate the creativity and skill needed to create it. For the senior behind the tag "Luch", the line between vandalism and art is clear. "A mural or the tags of a name or something very abstractly done [isn't vandalism]. If I got a sharpie out right now and wrote my name on this table, I would consider that vandalism," Luch says. James agrees. "If they just want to put their name there, that's vandalism, but if they spent their time on it, you know, they put some pretty colors on it, that's definitely art and that shouldn't be criticized," he says. 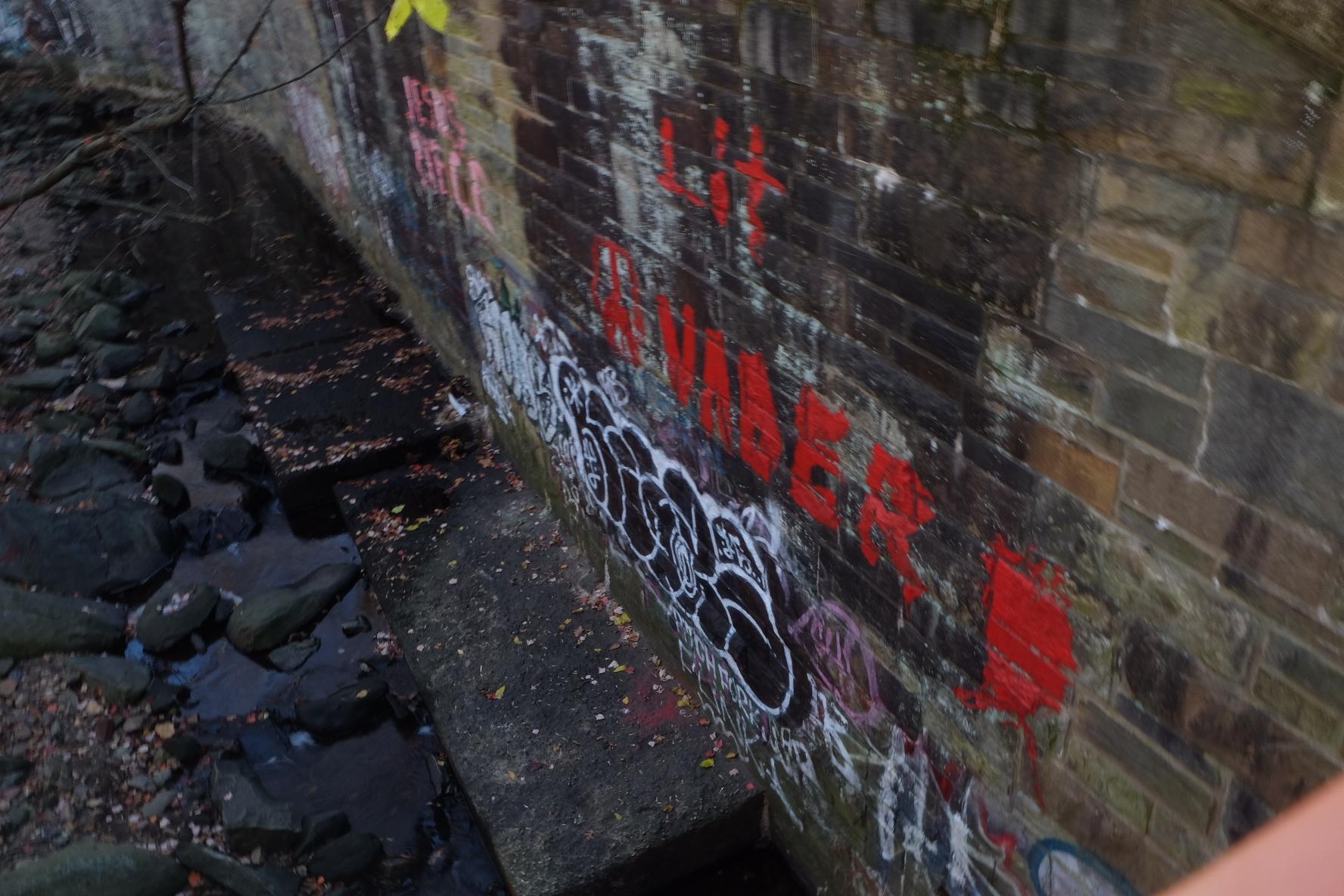 Photo:
Senior Jack doesn't do graffiti himself, but he is inspired by the graffiti that he sees around the school and his neighborhood. When thinking about graffiti, Jack breaks it down to its simplest parts. "It's urban cave art. Ever since humanity began, we have always wanted to express our feelings and emotions on the world around us," he muses. "It doesn't have to be some kind of pretentious art expression. Often it's just you need to put yourself out there and have some kind of mark on the world."

According to Jack, repetition is the foundation of art. When something is repeated, it turns from a coincidence into something tangible, and from that it can grow into something more meaningful: a movement. To him, graffiti exemplifies the power of repetition. Through the use of shape, color, lines, and repetition, graffiti artists have the power to evoke emotion, visually represent the passage of time, and leave their mark on the world. And that's the power of paint.