This stop-motion treat is dramatically intense yet playfully kid-friendly

Set in an undefined Victorian-era British town, the winding alleyways and looming, crooked buildings set the mysterious and whimsical tone of the film. At the beginning of the movie, we're briefly introduced to a theme of class that continues to run throughout the film; however, the plot starts moving when the little sounds of Boxtrolls become audible. Swooping around corners, the camera finally lands on the mysterious little cardboard box-wearing creatures, who prattle on in an adorable, indecipherable language as they search through the discarded trash of the humans.

The curious Boxtrolls' search through the streets of the town is quickly put to a stop when the grotesquely dis-likable Archibald Snatcher (Ben Kingsley) and his three henchmen roll up in their clanging, frightening cart. They whip out their nets and ropes, grabbing any of the lovable and innocent Boxtrolls who can't run away. Those who managed to escape that particular extermination attempt scurry down the nearest storm drain and slide into their underground haven, a complex and beautiful system of tunnels and alcoves strewn with glittering lights and found objects. There, we are introduced to the main character, Eggs (Isaac Hempstead Wright). Name as such due to the label on the box that he wears, Eggs lives a relatively similar life to the trolls who have brought him up. He is with cardboard box apparel and all, except for the fact that he is a human boy. Somewhat predictably, this typically brave and heroic boy gains contact with the real world through a chance encounter with a girl his age. Winnie (Elle Fanning) is the feisty, neglected daughter of a man in a nondescript seat of power, Lord Portley Rind (Jared Harris) whose defining characteristics are his love for cheese and his white hat. 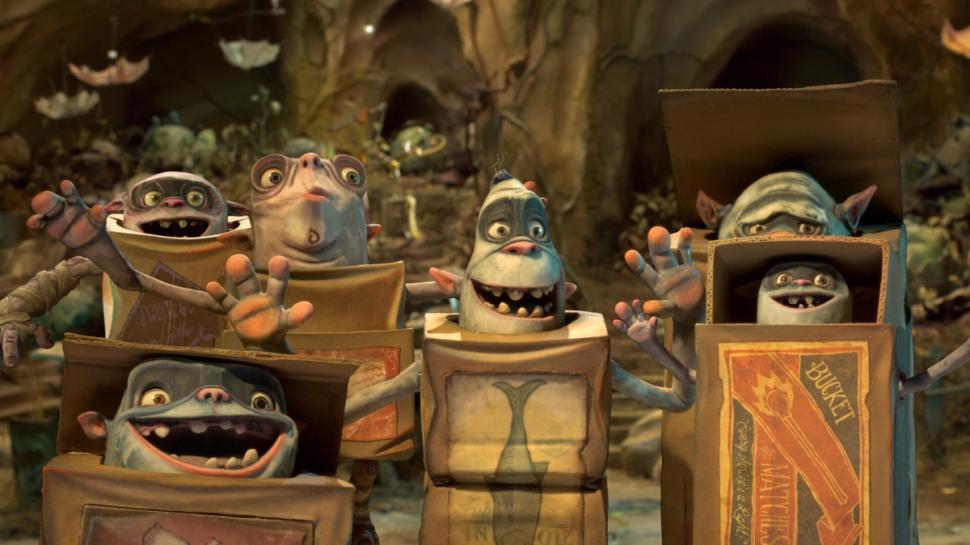 Photo: All of the intricately-created Boxtrolls have different endearing characteristics.

Photo: All of the intricately-created Boxtrolls have different endearing characteristics.

As Eggs and Winnie fight to get the Boxtrolls back from the of troll-hunting group of Red Hats, the film's plot begins to go deeper than just a classic struggle between the bad guys and the good guys. From Winnie's unstable relationship with her father to Eggs' atypical upbringing, the idea that a families can differ from each other in complex ways is frequently present in the film. The theme of morality is one that is also often brought up, especially by Snatcher's henchmen who are constantly discussing good and evil.

"The Boxtrolls" can be taken as just another, if slightly frightening and grotesque, kids' movie, but it doesn't have to be. The music, though mostly orchestral and in the background, has some particularly stand-out moments which bring a light-hearted and fast-paced feel to the otherwise grim and darkly-lit film. Given attention, the details of the faces and dress of the complex, funny and unique characters are worthy of being marveled at. If you end up giving this film a chance and are fascinated by the stop-motion animation, make sure to sit through the credits. The creators of this unique film have yet another little surprise in store for you.

The Boxtrolls is rated PG for action, some peril and mild rude humor and is playing in theaters everywhere