The doctor in the classroom

There are more doctors in Blair than you may think. Not the medical kind, though—doctors of philosophy and education. They are teachers who have spent four to eight years learning and researching a particular subject in great depth, far beyond their requirements of schooling. They're teachers who have written book-length papers, called dissertations, which span hundreds of pages. They've been students far longer than any of their students have—and are now able to pass on their knowledge in their classrooms.

The majority of people who want to teach and have earned their doctorate degree become professors, not high school teachers. But for some teachers, such as math teacher Tyrone Allen, there is no other place he feels he could put his degree to better use than exactly where he is.

Allen got his Ed.D., or doctor of education degree, just last year from Walden University, an online school based out of the University of Minnesota. During the 34 years that Allen has been teaching at Blair, he came across a question that he wanted to explore. He was puzzled by the many students coming out of high school taking non-credit courses in college and leaving in great numbers. Through the process of getting an Ed.D., which he describes as "a major undertaking," Allen discovered the reasons. "Research opened the door to getting an understanding as to what's going on." Allen stresses that his degree and his newfound knowledge is of a much greater use in a high school classroom than a college one. "My expertise is getting students ready for college. By the time they get to college then they should be set for their own program," he explains. "I give them the prep. I have the material now that they need and I make that a supplement to the material in all my classes." 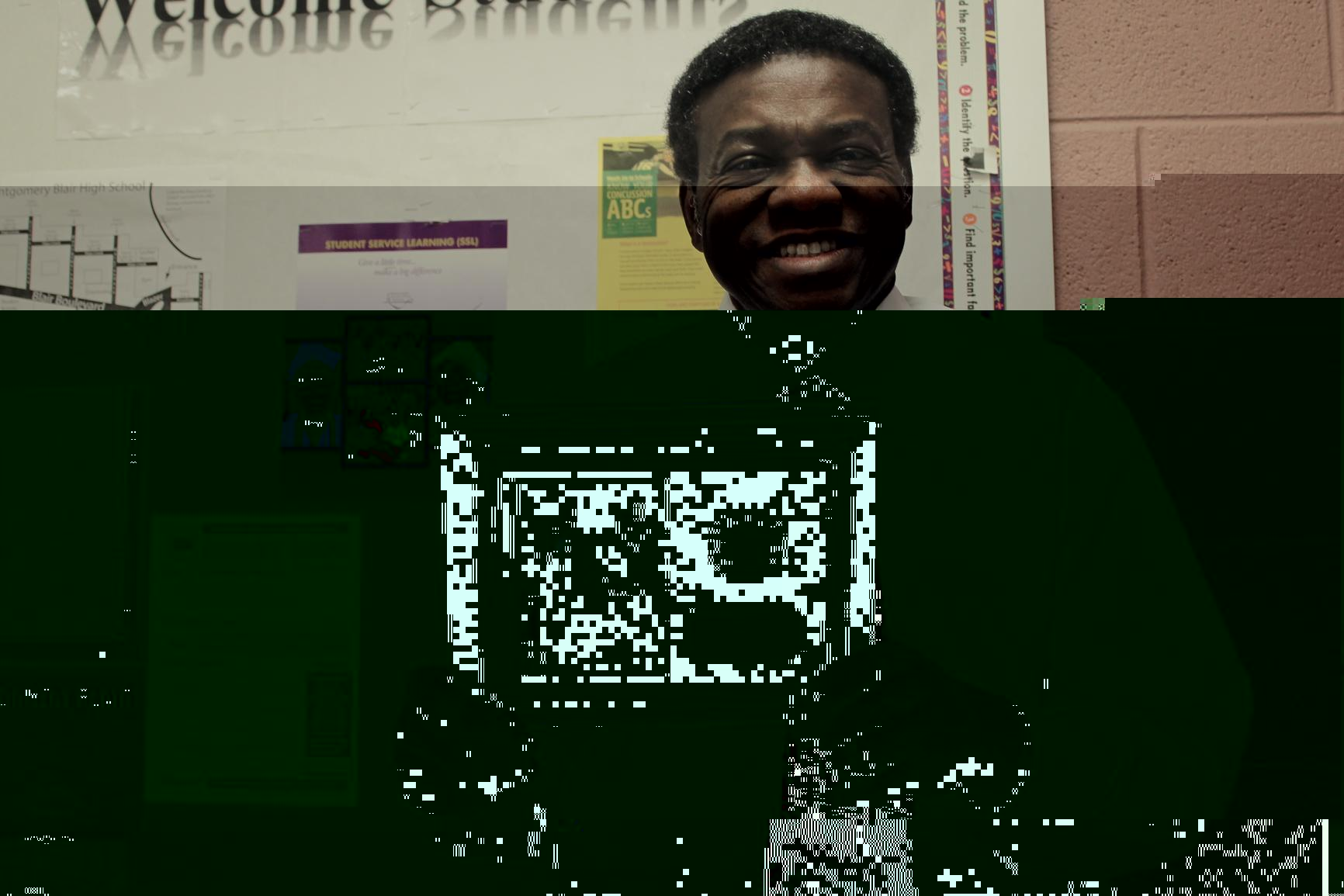 Photo: Tyrone Allen proudly displays the photograph of him receiving his diploma for getting his doctorate degree.

Photo: Tyrone Allen proudly displays the photograph of him receiving his diploma for getting his doctorate degree.

A question also began to nag Dana Simel, who teaches CAP English and Bridge 9, which wouldn't leave her alone. She quickly discovered that the only way to answer it effectively was through a doctorate program. So that's what she did, at The Ohio State University. "It was never my intention but I was fascinated with a question that I wanted to research the answer to: How do Jewish students form a sense of cultural identity in post WWII German public schools?" she recalls. While studying this question, Simel learned about critical theory, which states that people interpret history to fit their interests. She attempts to bring this knowledge into her classroom and challenge her students to look at all the angles of an issue or topic. 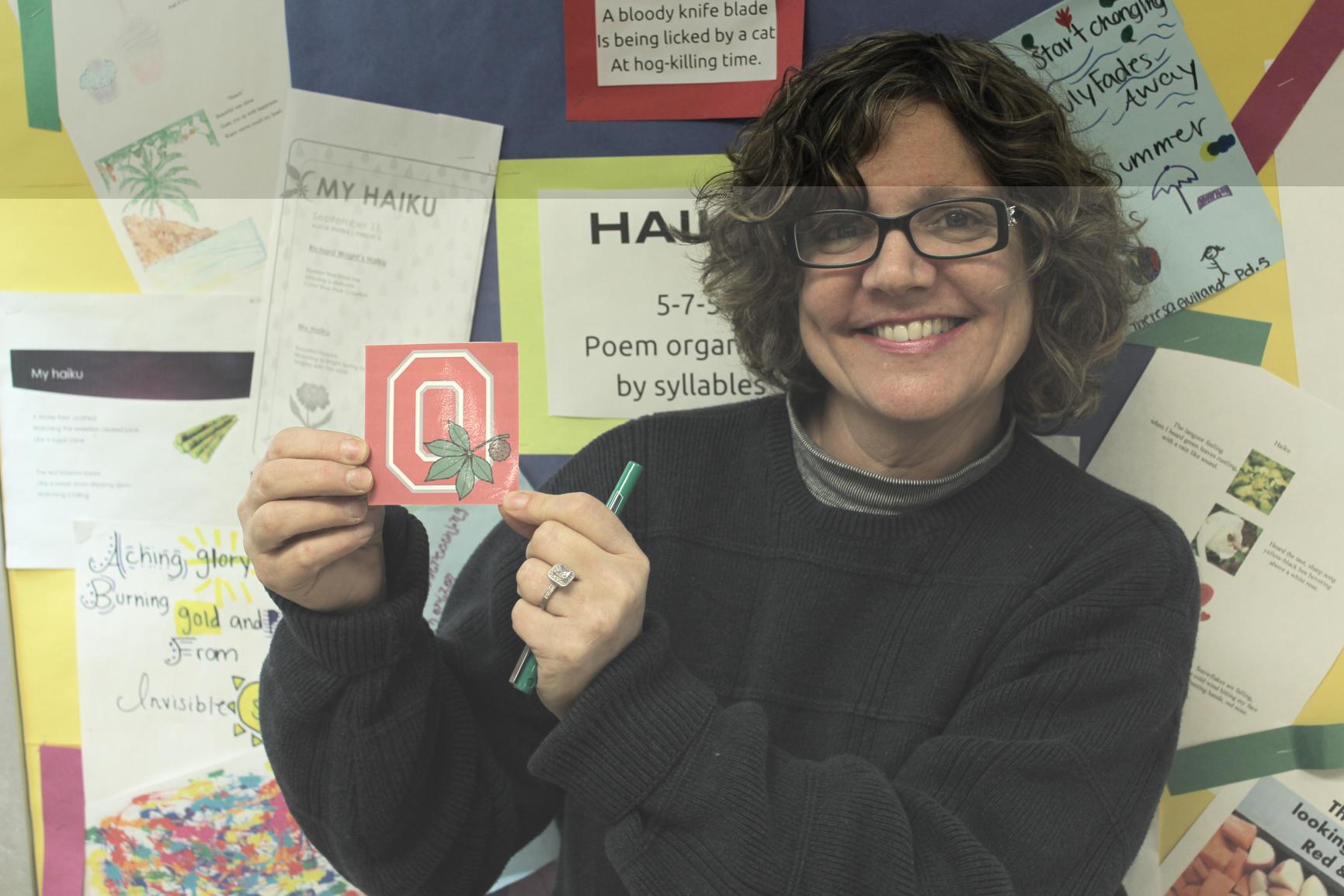 Photo: Dana Simel got her Ph.D. at The Ohio State University.

Photo: Dana Simel got her Ph.D. at The Ohio State University.

Judith Smith, who teaches an English teacher, pursued her Ed.D. simply because she was given the opportunity. To get her doctorate degree, Smith went to the Harvard Graduate School of Education, where she was able to simultaneously take classes and do research at Massachusetts Institute of Technology (MIT) due to their open relationship with Harvard. She studied linguistics and gained an incredible understanding that has shaped her teaching methods at Blair. After learning about the theories of linguist Noam Chomsky—which essentially claim that everyone has the innate ability to understand and process language through developing symbolic structures in the mind—Smith's thorough and complex approach to her students and her classroom changed. "Once you take that approach, it changes the purpose of what you're doing," she explains. Her purpose is now to focus on providing her students with stimulation to work on their language acquisition devices, which she learned through her research they already possess. Smith recalls the process of getting her Ed.D. and the years of in-depth learning, research and writing fondly. "It was just really stimulating, really fun, really interesting and it's an unparalleled kind of opportunity to just sit and think and explore and be able to gather resources," she says with a smile.

Simel remembers her experience similarly. "I loved it. The process of getting it was so intellectually rewarding," she enthuses. That's where her story takes a different turn from Smith's. Smith became a high school teacher after getting her degree, while Simel worked as a professor and a college administrator for 23 years. It was not until arriving at Blair that Simel felt truly at home. "I really wanted to be back in the classroom. I was preparing teachers and it's ridiculous to be preparing teachers when you haven't been in the classroom for 20 years. And I loved it," she says with a smile. Though she does teach some night classes at a university that she requested to go unnamed, she's happiest in front of high school students.

Since so many high school teachers don't have doctorate degrees, Simel was recently asked by a friend of her father's whether she considered herself overqualified for her job, and immediately responded in the negative. "I'm so not overqualified—I'm differently qualified," Simel stresses. However, Allen suspects that secondary school teachers with doctorate degrees will start to become not differently qualified, just qualified. "Things will continue to change and more will be required of teachers in the classroom. A doctorate degree, I perceive in the next ten years, is going to be the norm," he declares. Since he's got years of research and a doctorate degree behind him, he just may be right.