With 2012 peeking through the windows, we're looking back at everything that made 2011 what it was. This year has brought both epic and short-lived endings, tragedy, entertainment and success. From the royal wedding to the disaster in Japan, 2011 has been full of surprises. Now, let's see what really defined 2011 as we greet the New Year. 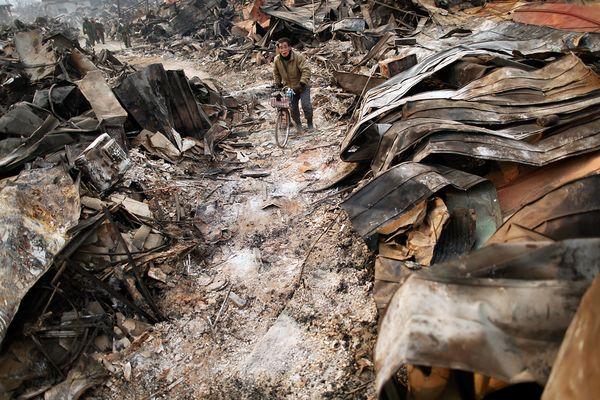 Photo: A devastating tsunami hit Japan, shortly after a huge earthquake, wiping away buildings and towns.

Photo: A devastating tsunami hit Japan, shortly after a huge earthquake, wiping away buildings and towns.

Unfortunately, the beginning of 2011 brought a global disaster. In March, a devastating earthquake shook Japan and half an hour later a catastrophic tsunami hit the northeastern coast of the island. The tsunami wiped away whole towns and destroyed buildings. On top of that, the country then faced the threat of nuclear radiation as a result of the meltdown of the nuclear reactor at the Fukushima power plant.

A few months later, on the night of May 1, viewers were dumbfounded with the TV news event of the year when President Obama made an unscheduled televised address to the nation. Obama came to the podium at the White House and announced that the greatest manhunt in history came to a long awaited end. The Navy SEALS had raided Osama bin Laden's hideout in Pakistan and shot bin Laden. After this announcement, Americans celebrated the capture of the FBI's most wanted man.

Another climactic event of 2011 was the civil war that ended 42 years of Muammar Gaddafi's regime that began with the Libyan uprising. While Libya was on fire, Egypt also faced changes as the Egyptian revolution spearheaded the Arab Spring and protests spread across the Middle East.

More recently on Dec. 17, Kim Jong Il's reign in North Korea ended. He died of a heart attack brought on by exhaustion, as he was traveling the country by train offering guidance to his people. Known in his nation as "Dear Leader," Kim Jong was mourned for 12 days by the people of North Korea. 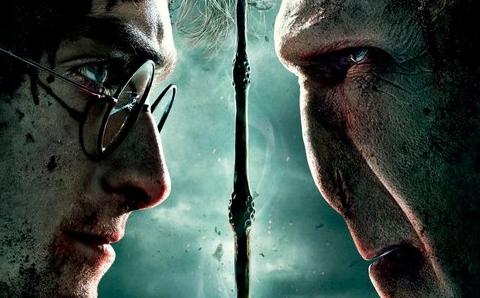 End of an Era

Photo: "Harry Potter and the Deathly Hallows: Part 2" marks the end of an era for fans all over the world who grew up with the wizard's magical journey.

Photo: "Harry Potter and the Deathly Hallows: Part 2" marks the end of an era for fans all over the world who grew up with the wizard's magical journey.

There were many twists and turns this year in the entertainment world as well. After 25 years as the queen of daytime television, Oprah Winfrey ended her TV program in May. "Two and a Half Men" called it quits with Charlie Sheen, which was then followed by the nationwide "Winning" tour to retaliate against the show's creator, Chuck Lorre. Let's not forget the end of an era, when the last Harry Potter movie was released and the generation that grew up with this wizard's magical feats faced the end of the hero's decade long journey.

The royal wedding had hundreds of millions of people up early in April to watch Prince William, heir to the British crown, marry his sweetheart Kate Middleton. The wedding was the biggest event of its kind since William's parents', Princess Diana and Prince Charles, in 1981. The other wedding of the year was Kim Kardashian's and Kris Humphries. However, their 72-day marriage was followed by a speedy divorce.

It is shocking that so much has happened one year. 2011 was full of endings, some which were hard to believe and others that were a bit peculiar, but as 2011 ends we should all hope that 2012 brings on new beginnings to keep up with all the endings. And, of course, may 2012 not bring "the end of the world." But we'll find that out after another eventful year, so don't hold your breath, and enjoy the New Year.

Tags: A Year in Review End of the Year Blog new year