A fashion lover's guide to a night of shopping in Georgetown

Sept. 10 would normally have been a boring Friday night for this reporter, who usually just catches up on her YouTube subscription box and old Jersey Shore episodes. This night, however, was a night of glamour, excessive spending and the occasional free Silly Band. This night was Fashion's Night Out in Georgetown.

Fashion's Night Out began in September 2009 in New York City in an effort to boost consumer spending during the recession. It was originally created by Vogue magazine editor Anna Wintour and is now an annual event that begins New York City's fall fashion week. This year, the effort expanded to cities such as London, Los Angeles and Washington, D.C. Over 80 stores, restaurants and salons in Georgetown stayed open past normal hours to celebrate fashion and, of course, spending money.

While one may think that this event was a simple night of fun and indulgence, it also required a strategy to optimize the night's full potential. There are surprises lurking at every corner for the adventurous shopper to conquer. The thousands of clothing items screaming for attention, the storefront models blowing bubbles in your face and the mass of shopaholics wandering M Street are just some of the obstacles facing the Fashion's Night Out shopper. Thankfully, this reporter has learned from her mistakes and experiences of the night and is willing to share her master strategy to navigate this exciting event.

As a fashionista, you may believe that dressing up in a mini dress and six-inch stilettos is the only way to fit in at this Mecca of fashion-forward people. The real key, though, is to dress comfortably and for the weather. Whether they're Louis Vuitton or just from Forever 21, heels won't get you very far in the several blocks you must walk, so stick to your most comfortable, yet fashion-forward flats. From an eyewitness to many heels-stuck-in-cobblestone moments, wearing heels in Georgetown is generally not a great idea.

Also remember that it's a mid-September night. While wearing a dress is stylish, make sure to pair it with a nice cardigan or jacket. Overall, however, jeans are the best way to stay warm and cute at the same time.

And don't be fooled – you don't have to wear your best or most expensive clothing to fit in here. Many people just wear simple outfits that could be from either Marc Jacobs or Charlotte Russe; it's all about being comfortable and prepared. 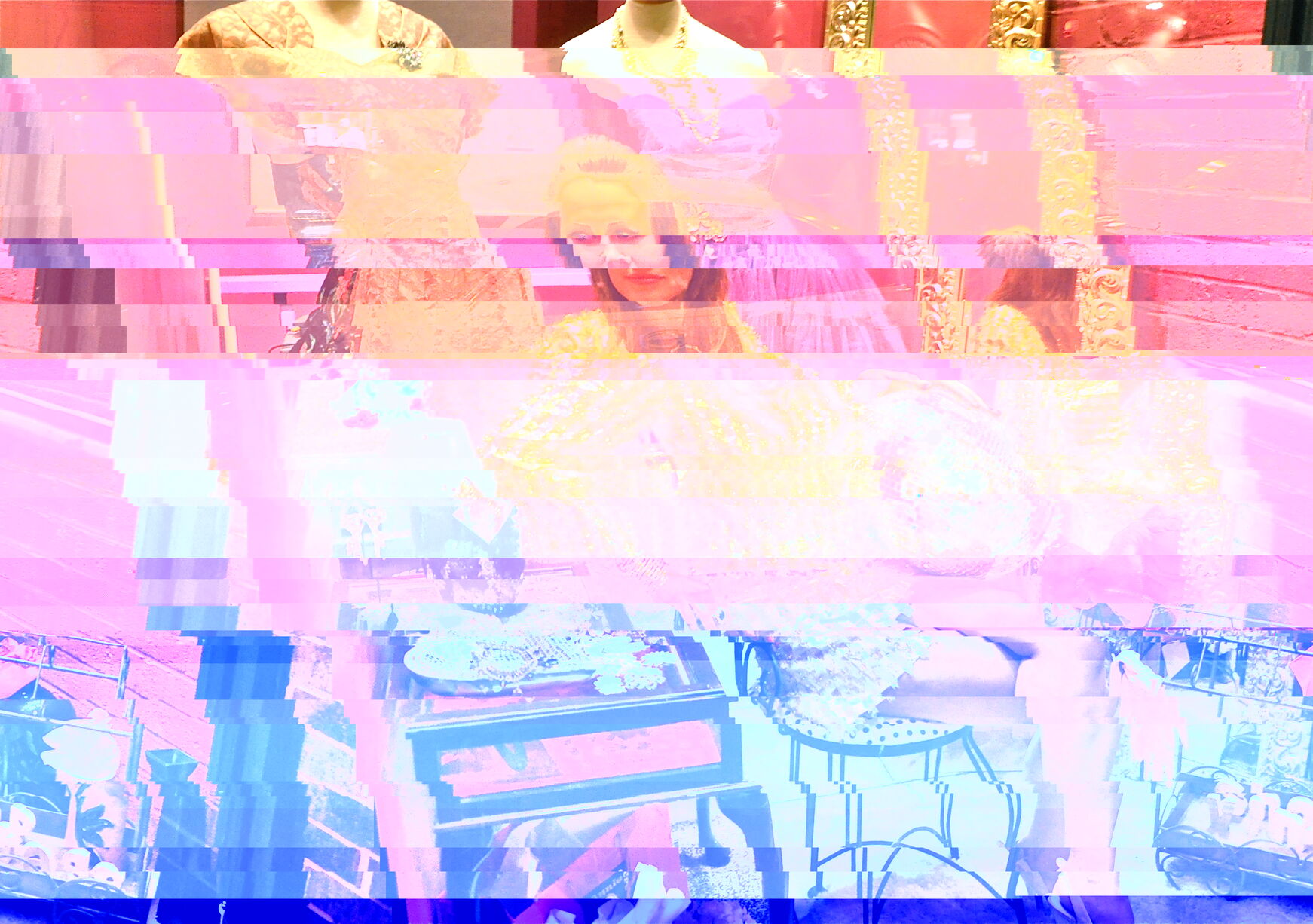 Photo: Many stores, such as vintage clothing store Annie Creamcheese, have live models in their shop windows to help promote their business.

Photo: Many stores, such as vintage clothing store Annie Creamcheese, have live models in their shop windows to help promote their business.

This reporter's downfall at Fashion's Night Out was timing. My companions and I arrived fashionably late and departed unfashionably early. Because of this, we only hit the stores that we knew we could afford, and there was not enough time to search thoroughly for good deals at higher-end stores.

Another disastrous decision was to stop at Five Guys, which both delayed us and caused some unfortunate ketchup stains. Arrive early and stay late: As the night goes on, more stores have events and free goodies.

Plan your route ahead of time. Know how to get to Georgetown – there's no Metro station, so you'll have to take the bus – and decide ahead of time to which stores you want to go. Almost all of the stores are located on M Street, so it's probably a good idea to take make a loop of both sides of the street. Events are posted online, so planning around those is also a winning strategy.

But if you want to get the most out of your night, stick to stores that are either having events, such Betsey Johnson's garden party, sales or free stuff. While almost all of the stores stayed open late, some of them were not doing anything special. The best stores were the ones that had fun things to do, like Lacoste's Wii tennis tournament or Dean & Deluca's Vitaminwater lounge, so try to stick to those stores as much as possible. 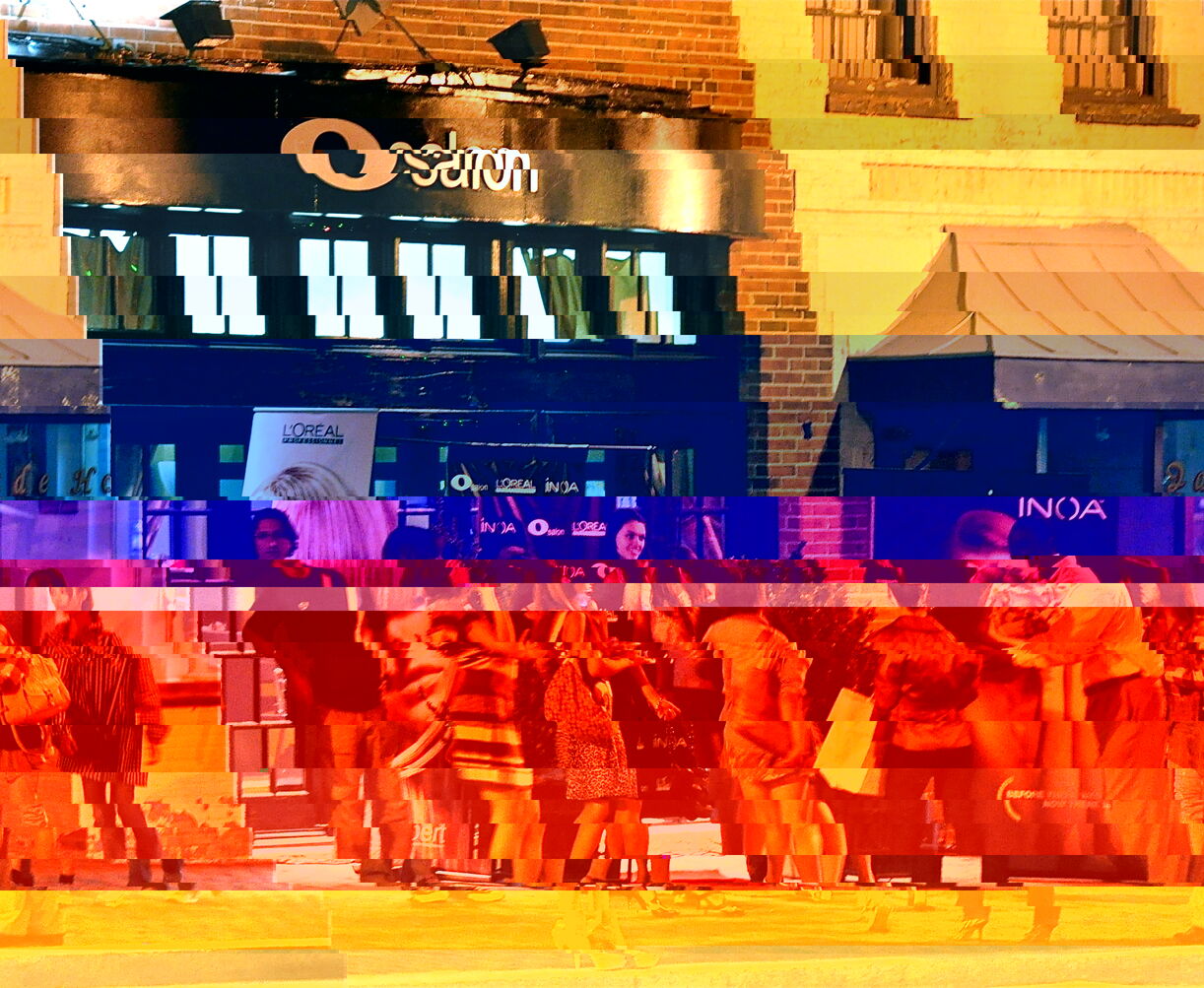 Photo: O Salon holds a special event during which patrons can get free hair consultations and pose on the salon's red carpet.

Photo: O Salon holds a special event during which patrons can get free hair consultations and pose on the salon's red carpet.

As a reporter with little name-brand, high-fashion experience, I got the opportunity at Fashion's Night Out to catch a glimpse into an upscale world without having to spend much money. Many high-end stores like Juicy Couture and Betsey Johnson greet people warmly at the door and offer free treats. Juicy Couture had free custom Silly Bands and water bottles served by male models that are gladly willing to take pictures with you (and rock the best poses).

Only bring as much money as you would normally be willing to spend, because all of it will be spent. Enticing products are lurking at every corner, begging to be bought for hundreds of dollars. Resist the urge! There are plenty of reasonably priced items if you look hard enough.

Even if one buys nothing else, s/he should buy the eco-friendly Fashion's Night Out tote bag, which is both stylish and good for the earth. All proceeds go to Labels for Love – a charity that holds fashion events to raise awareness of children's and women's charities – so it is well worth the $10.

If there is one goal at Fashion's Night Out, it is to have fun. Even someone who has absolutely no money to spend can have a good time. Sometimes the best kind of shopping is window shopping, especially at ridiculously expensive stores. So try on crazy outfits, scour for freebies and party!