The ins and outs of Fashion Week

The past four weeks have been filled with daring and dazzling fashion collections, street style photoshoots and star-studded, extravagant celebrity parties in the sartorial powerhouses of our world. From mid-February until mid-March, New York, London, Milan and Paris hosted their respective Fashion Weeks.

As Fashion Week comes to a close, it's time we took a break from scrolling through fashion blogs and perusing celebrity tweets. The past few weeks may have been filled to the brim with action and beauty, but in the wake of that, it's important to take a step back and look at what else is behind the hype for all those beautiful, utterly unwearable, outfits.

Fashion Week was born as "Press Week" in New York City in 1943. It began as a way to bring the latest designs to American fashion writers who couldn't get to France to catch the runway shows since World War II was in full swing. It has since expanded to many other cities across the globe, though the four big names in the fashion industry are home to the events which get the most attention. Even Washington, D.C. for the first time hosted African Fashion Week from March 19 to 21 this year.

This worldwide fashion craze happens twice a year, once in the spring and once in the fall, in order to give magazine editors, retail buyers, fashion bloggers and, of course, the average fan, a glimpse at the collections for the upcoming season. 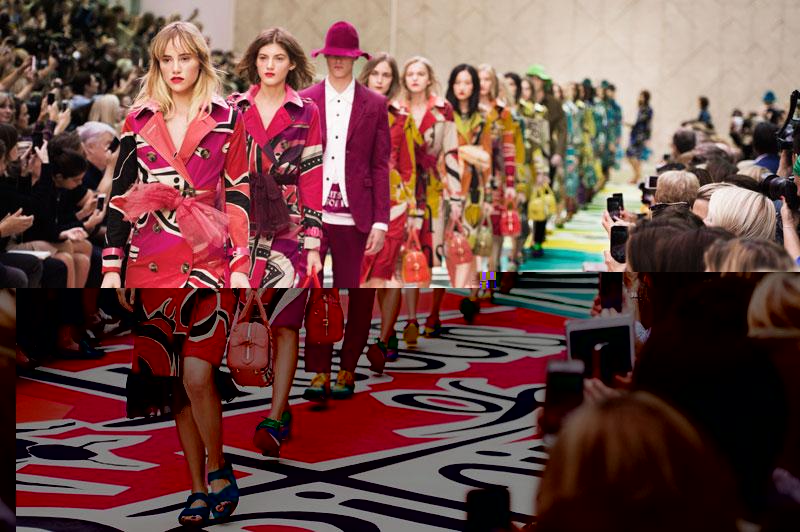 Photo: Fashion Week brings together designers from all over the world to showcase their collections for the upcoming season.

Photo: Fashion Week brings together designers from all over the world to showcase their collections for the upcoming season.

But amidst all of these glitzy parties and cutting-edge runway shows constantly lurk the problems associated with the fashion industry. Models are held to unhealthy and unattainable standards which many believe is a direct cause of health issues and distorted body image, both in the models themselves and in the millions of men and women who follow fashion. There's also a great lack of racial diversity in the models who get most of the work in the fashion world.

The extravagancy of the industry is huge; it's estimated that a runway show at New York Fashion Week costs a brand an average of $200,000. And that's not the only money that's being circulated. There's also the cost of making the clothes, which themselves go for astronomical prices. This only further distances the industry from the average person interested in fashion, which sometimes makes it seem as though it's an art form that only wealthy people can partake in.

These problems aren't being ignored however, many of them have gotten more attention as of late and steps are being taken towards finding solutions. Just in the past few days, the French Parliament announced that it is considering a ban on underweight models, a decision that many other countries have already made.

So sure, Fashion Week is, to a certain extent, an opportunity to bask in the lavish shallowness of materialism. But it's not merely that. It's also a time of incredible creativity. A time when the world can pause, at least a select fraction of it, and focus on the beautiful, insane and inspiring aesthetic risks that designers take. It's an incredibly important time for those who work in the fashion industry; a time for designers to show the public the visions that they've brought to life, models to walk in well-attended and frequent runway shows, magazine editors to get the stories they need, and fashion bloggers to scope out what to publicize. It's when those of us who aren't rich enough or famous enough or well-connected enough to attend fashion shows are still able tap into the wealth of social media updates and livestream runway videos to find creative inspiration.

So while it's nice to stop being bombarded with an onslaught of photos of happy celebrities chatting with gorgeous models in unbelievably expensive clothes, it's still exciting when the next season rolls around and it's Fashion Week, with all of it's jaw-dropping, stunning art, all over again.