"The Lady" burns with pride

Culmination of years of work has outstanding results

Warning: this review may contain spoilers.

More than anything, Lumina Studio Theatre's production of Christopher Fry's "The Lady's Not for Burning" makes one think about time. There's the time Jennet Jourdemayne (senior Natalie Behrends), the aforementioned lady, has left to live: she is to be executed on charges of witchcraft within twenty-four hours. There's the time Thomas (senior Isaiah Silvers), a recently discharged and severely depressed soldier, wants to live: as little as possible, if he has his way. And then there's the time the actors have spent with this same theatre company, developing the skills that shine so strongly in this complex, eloquent play: years and years. For many, over half of their lives.

That's one of the most intrinsic elements of productions by Lumina's Ensemble, a group of seniors and juniors well-trained in the art of acting, and director David Minton. By this point in their theatrical careers, they have been working together for much of their lives. "The Lady" is the culmination not of a few months of rehearsal, but of many months of preparation, producing a sense of comfort rarely found in young actors. 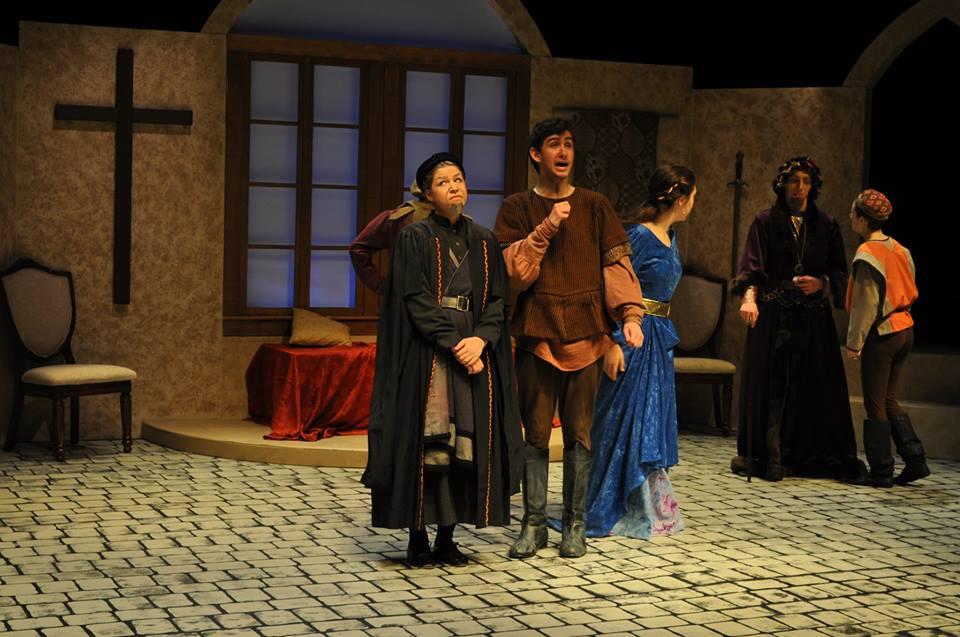 The other result? An extremely talented cast. And that is precisely what makes the production so good. Fry's text would not, under most circumstances, be suitable for teenagers; in addition to being written in verse, the play is full of poetic passages that ruminate on life, death, love, religion, meaning and logic. While the actors occasionally stumble on and rush through the long mouthfuls of script—they have a tendency to try to utter the lines quickly, as though it'll make them sound witty and off-the-cuff—on the whole, they do justice to Fry's writing, and to themselves.

Because, as I said above, the cast is exceptional. Unlike many teen companies, there simply are no weak links. From senior Molly Beckett's endearing portrayal of orphaned clerk Richard to junior Ben Lickerman's fastidious turn as the elderly Mayor, the actors inhabit and enjoy their characters with practiced ease. Senior Natalie Gradwohl as the curmudgeonly, disapproving Justice is beyond hilarious, while senior Sarah Trunk provides the right balance of moral insight and comic confusion as the violin-loving Chaplain. Silvers and Behrends, as the dramatic leads and love interests, are at once passionate and funny, tender and tragic; and their happy ending—though a tad forced—is genuinely sweet.

For the most part, the play's design only enhances the richness of the text and acting, with occasional missteps. The costumes are utterly fantastic: intricate, gorgeous and fitting, they are a testament not only to costumers Wendy Eck and Dianne Dumais but to the characters who wear them. (The towering, simultaneously elegant and ridiculous hat worn by Einstein junior Tolly Colby is matched only by her excellently Lady Bracknell-like character). 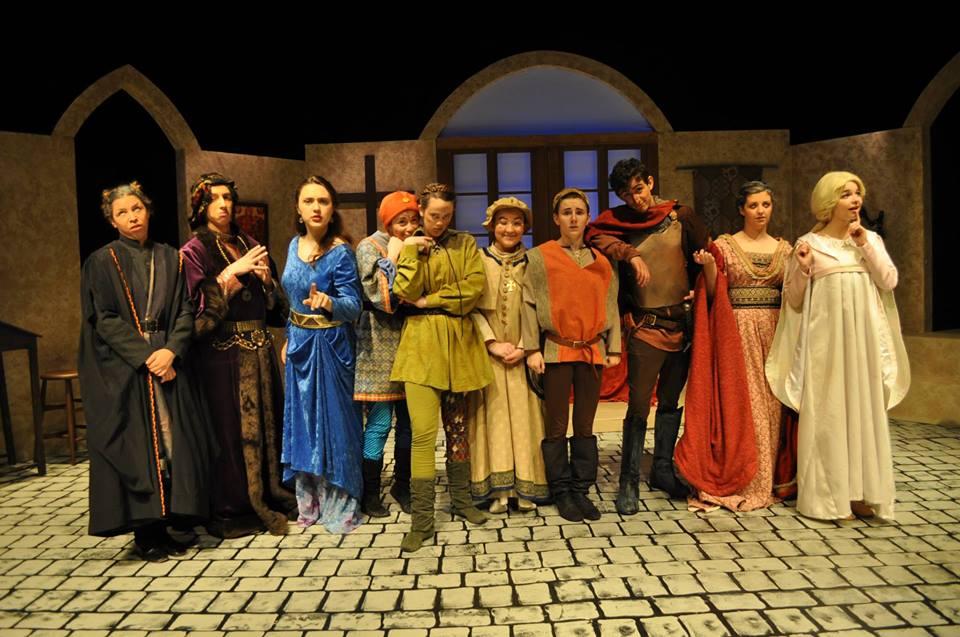 Photo: The actors pose as their characters.

Photo: The actors pose as their characters.

The set, which was designed by Jim Porter, is lovely in an understated way that allows it to accompany but not distract from the action. However, given the play's depth of emotion, thought and concept, it could've benefited from a more interactive space, as Lumina has used in the past; the characters, in the midst of their very human plights and existential crises, were never meant to be separate from the audience.

The beautiful music (engineered by Ron Murphy) is at times melodramatic and abrupt. It underscores many of Jennet's poignant speeches, and risks drawing attention from them. In the way of a horror film notifying the audience that it's time to be afraid, the lovely melodies seem to say it's time to be moved. This is not, however, to say that they don't succeed. There was a moment when Jennet appeared at the top of a staircase, newly clad in a queenly robe, and the combination of the dress, a turn of Behrends' head and a shift in the music produced a sharp intake of breath from the audience.

"The Lady" is filled with such moments, when the text, design and truly incredible actors create magic. As the writing makes clear, reality too is gifted with such beauty as is made available by this production. My compliments to the cast, and to Minton: thank you for this.