"The Living" saves itself from a lack of life

For a book filled with outlandish death scenes, confusing plot twists and not-fully-developed characters, "The Living" by Matt de la Pena isn't actually all that bad. Though there are gaps in the slightly contrived storyline and events that seem just a little too perfect to be real, it still manages to be a satisfying and gripping read.

The book starts off on a cruise ship on which seventeen-year-old Shy is working for the summer. The plot begins moving when a passenger on the cruise takes Shy aside and tells him some truly confounding and vague things about hidden caves and secret letters. Shy is just as confused as the reader, especially when the passenger suddenly jumps overboard to his death. "The Living" is not a book for anyone with a weak stomach; this is only the first of many deaths that occur throughout the novel. The next come when a massive storm hits the cruise ship, a result of a freak earthquake that has apparently completely obliterated the West Coast, a phenomenon which is a bit hard to believe.

This is just one of many instances in which de la Pena is not entirely successfully in suspending disbelief, but somehow he is still able to carry the story along. The constant action, occasionally deep musings and romantic subplot help to give the novel multiple points of interest. The book also holds its fair share of suspense. From the first words uttered by the man who jumps overboard to the secrets that Shy slowly uncovers about a deadly disease that has terrorized his family and some of his closest friends, the book is carried along on a current of mysteries that are only fully explained at the very end. 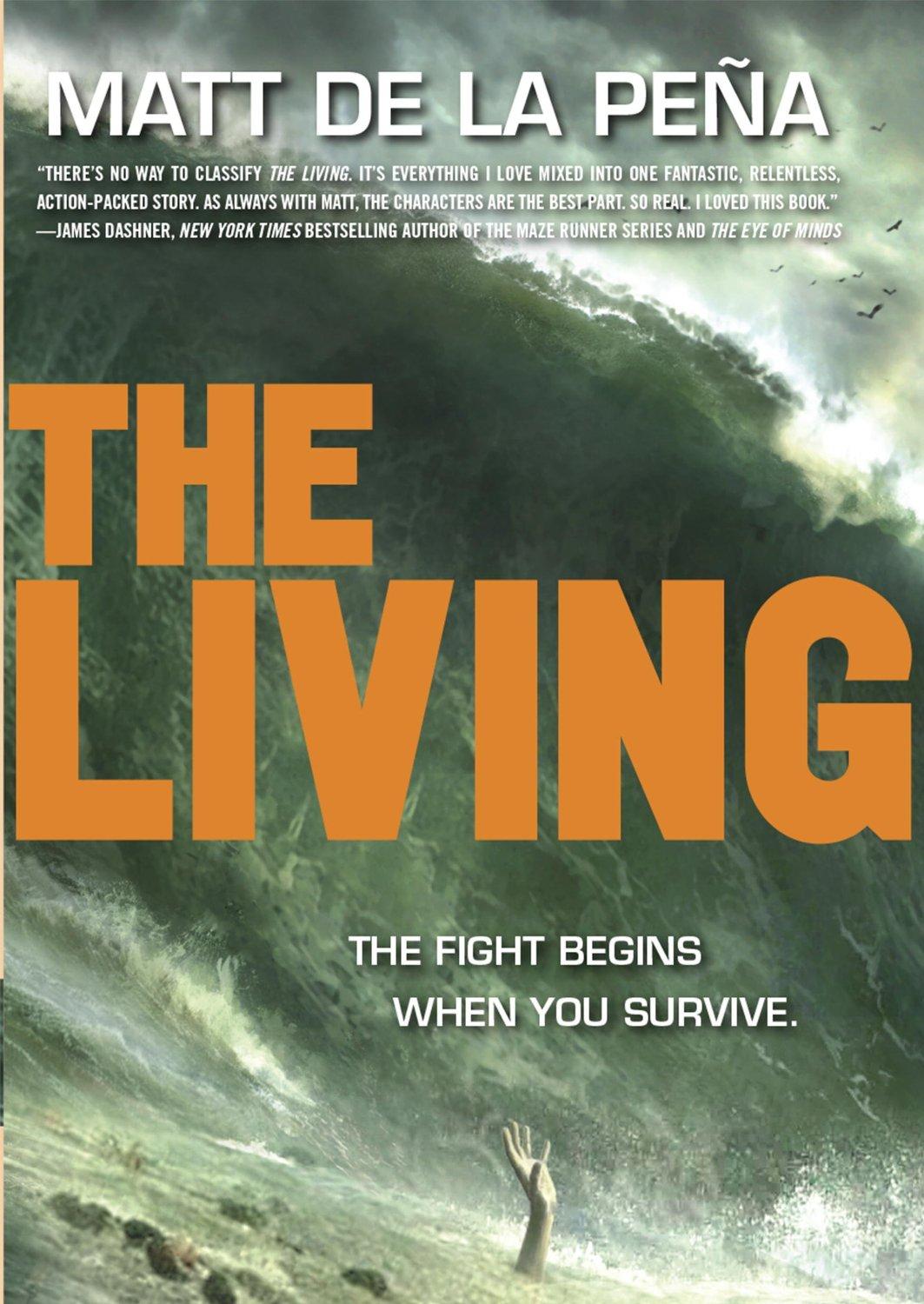 Photo: "The Living" is unrealistic but fun.

Photo: "The Living" is unrealistic but fun.

Shy himself does not hold many mysteries. He doesn't think before he acts, he's really into girls and he's full of questions about his role in the world. As a straightforward and stereotypical teenage boy, Shy does not provide a whole lot of depth, but is an easy and effective canvas on which to paint the rest of the story. As a third-person omniscient narrator, de la Pena chooses to use sentence fragments and slang to get Shy's personality across, a writing style that takes some getting used to. The other characters, when introduced, are not particularly multifaceted, but prove to have more personality when they engage in dialogue.

Though "The Living" starts out seeming like a fairly normal young adult novel about a teenager's summer job, it quickly careens in an entirely different direction. The twists are hard to accept at first, but de la Pena's fast-paced, exciting plot keeps you from putting the book down. Once you realize that the main characters have to survive the multiple seemingly un-survivable catastrophes in order for the story to go on and that some people can be truly evil, at least in fiction, the book is pretty fun to read. De la Pena proves that survival stories haven't been completely overdone yet, and thankfully he only puts us through five days on a raft in the middle of the ocean.

"The Living" ends with a surprise and multiple untied knots, which set it up for the possibly unnecessary sequel that came out last fall. Not because the book was so bad that no one should have to suffer through another, but because the end of "The Living" was satisfying enough. It's simple, with a few flourishes to keep it fresh and interesting, just like the rest of the novel.

"The Living" by Matt de la Pena is one of the nominees for this year's Black-Eyed Susan Book Award. Silver Chips Online will be reviewing and ranking all of the nominees, so make sure to check back for more reviews.