This fall marks the second year of the Teal Pumpkin Project, a relatively new campaign launched by the Food Allergy Research and Education (FARE) with the goal of creating a safer and more inclusive Halloween environment for kids with food allergies. Teal-painted pumpkins outside houses will serve as signals to kids with food allergies, letting them know that the house in question is giving out non-food treats in addition to candy.

Beginning in 2014, the Teal Pumpkin Project quickly spread via Facebook and social media. Last year, households from all 50 states and seven different countries participated. According to the campaign's website, the project "raises awareness of food allergies and promotes inclusion of all trick-or-treaters throughout the Halloween season." 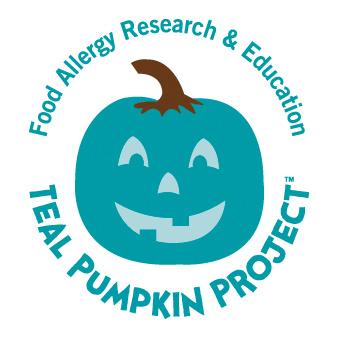 The campaign has been in constant scrutiny since it began. The biggest argument against it is that it's primarily the kids' and parents' responsibilities to determine what is safe for their child. Another is that the campaign, along with other similar projects, is contributing to a 'softening of America.' In an age of increased sensitivity to things like race and gender, this new campaign on the behalf of those with food allergies comes across as overkill to some. While both of these are potentially valid points, neither gets at the heart of the Teal Pumpkin Project.

In essence, the Teal Pumpkin Project is a movement that not only provides potentially life-saving help to kids with food allergies, but also costs almost nothing to the provider. As an entirely voluntary campaign, nobody is being forced to participate, and only those who choose to provide alternative treats are being impacted. Play-Doh or glow bands are relatively cheap – so, at very little cost to yourself, you can help provide a memorable and fun night for a child with food allergies.

Between 1997 and 2011, food allergies among children increased

The campaign doesn't just help those with food allergies, either. Children with diabetes or other conditions also benefit from receiving non-candy items. And what kid doesn't want to wear a glow bracelet or necklace while trick-or-treating? Toys and small novelty items also last longer than candy, and don't have adverse health impacts.

The Teal Pumpkin Project is an international campaign that is working to increase awareness for those with food allergies. At relatively no cost to yourself, you can help make Halloween a more inclusive and safe event. Every child deserves the same opportunity to enjoy trick-or-treating and Halloween night, no matter what their restrictions.