Superhero movies are characterized by their nonstop action, out of this world graphics, classic plots and overarching moral lessons. "Thor" has all of these defining characteristics, and is even in 3-D, but it is still missing something to set it apart from other films in the genre.

The movie rewinds to 965 A.D., to a war between the realm of Asgard and the Frost Giants of Jotunheim. The two fought for control over the Casket, the Frost Giants' main energy source, and Asgard came out of the bloody battle victorious. Tensions run high until the present, when an attempt by the Frost Giants to steal the Casket prompts the young Norse god Thor (Chris Hemsworth) and his friends to re-establish Asgard's supremacy. This act of revenge leads to yet another war and Thor is exiled to Earth due to his reckless actions. There he has to learn how to be a true hero when some of the most evil forces of Asgard are sent to destroy the planet, but one wonders whether his arrogance will get in the way.

Just about every big blockbuster nowadays is coming out in 3-D, and "Thor" is no exception. In the beginning of the movie during the war between Asgard and Jotunheim, the effects are well received. Swords are flying, people are dying and the tumultuous weather complements the action. But after a while, the true 3-D effect is lost and the extra dimension acts more as a means of depth than a way of depicting "right-at-you" action. While being able to clearly see the difference between the pillar next to Thor and the one several feet behind him is nice, it would have been preferable for the 3-D to play a larger role in the film.

Although the 3-D lost its spark, the characters did not. The movie was cast very fittingly, with each actor being true to their characters. Hemsworth was well suited for the role of "Thor" and even came complete with a built body that was more than noticed throughout the movie. At times, it seemed like director Kenneth Branagh was pulling the "Taylor Lautner" effect, where he really played on the fact that Hemsworth looks good without a shirt on. But beyond looks, Hemsworth is able to successfully take on the role of a god and deliver a solid performance. 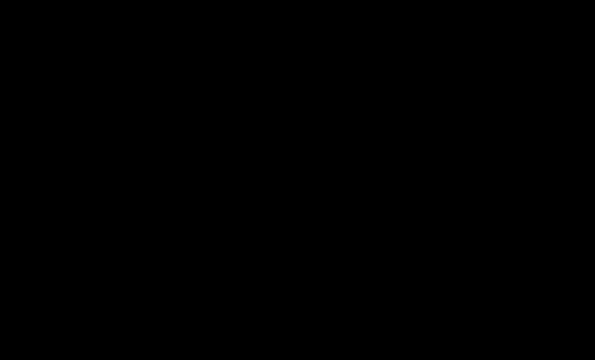 Photo: When Thor is sent to Earth, he has to help protect the people from a powerful alien force.

Photo: When Thor is sent to Earth, he has to help protect the people from a powerful alien force. Photo courtesy of Paramount.

Like the name of the movie suggests, Hemsworth's character was the alpha dog, but that does not mean that the numerous secondary characters simply laid low. Tom Hiddleston, for example, shined as Thor's jealous younger brother Loki. He portrayed all the dimensions of a green-eyed sibling well, which must have been difficult as the character is made to be covertly two-faced. In addition, Kat Denning's character was able to provide a few good jokes throughout the movie, but it was clear that her main purpose as a character was to get the audience laughing.

However, Dennings was not the only one cracking jokes and the unexpected comedic aspect of the movie strikes a light-hearted balance between action and fun that some superhero movies lack. Without it, the film could have been a more serious adaptation like "Dark Knight," but if the comedy was taken to the next level the movie would have looked more like "Superhero Movie" than one with actual value.

Despite all of its redeeming qualities, the viewer leaves the theatre with only memories of Hemsworth's abs and many a battle. The message of the movie is clear, to be prudent in action and strong in character, but much like its third dimension, "Thor" is unable to stand out. As a summer blockbuster, "Thor" delivers an action packed movie that is sure to entertain, but in terms of being a memorable comic book adaptation it may just slip through the cracks.