President Obama welcomed Chinese President Xi Jinping in the Rose Garden of the White House on Friday, Sept. 25 after holding a private meeting with him in the White House. The two leaders announced that they had reached an agreement on cybersecurity between their respective nations. This was presumably in response to reports in the beginning of the summer from the U.S. Office of Personnel Management announcing that state-sponsored Chinese cyber-attacks had gathered information on millions of United States federal employees. Jinping was greeted in a similar manner as was the Pope two days prior, with crowds of people on the South Lawn and a military band playing the Chinese national anthem as he entered. Later in the evening, the Obamas hosted a state dinner for Jinping and his wife Peng Liyuan. While meeting with Jinping and maintaining relations China are important, the White House's grand reception of the Chinese president was irresponsible and should have been scaled down. 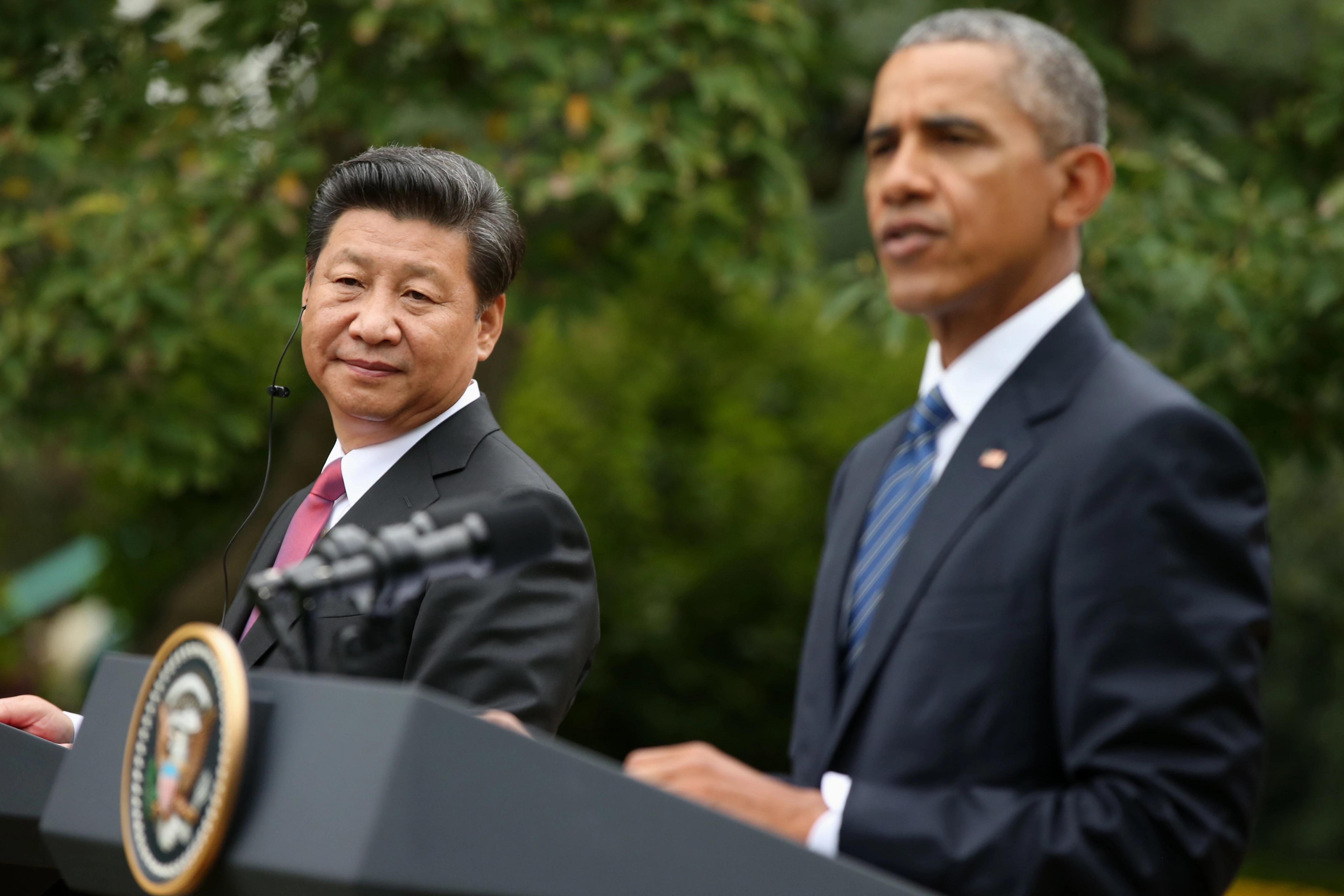 Photo: President Obama and Chinese president Xi Jinping hold a press conference together in the Rose Garden of the White House on September 25.

Photo: President Obama and Chinese president Xi Jinping hold a press conference together in the Rose Garden of the White House on September 25.

The hacks, which put many Americans' lives at risk, were clearly unacceptable. But while President Obama was right to take action, his undertakings are not representative of how the U.S. should act towards nations that have recently attacked it. Rather than drawing a line for the rest of the world to respect, the United States has demonstrated that there aren't serious consequences for countries that hack into its systems and put its citizens' lives at risk.

Furthermore, China, while being an important trading partner for the U.S., has an abominable track record with human rights and democracy. This past July, several Chinese civil rights lawyers disappeared. One, Li Heping, was forcefully taken to then from his house by police, and has not been seen since. In addition, 2010 Nobel Prize Winner Liu Xiaobo remains imprisoned by China since 2008 for "subversion" because he opposed the country's one-party, communist political system. The Chinese government also showed its opposition to its people's rights in the fall of last year when Chinese riot police fired tear gas at protestors in Hong Kong during the "Umbrella Revolution" led by students who wanted democracy for their city. As a country that views itself as the leader of the free world and in which freedom of speech is considered a fundamental right, welcoming the leader of a country that actively quells opposition to its government is hypocritical. In receiving Jinping as he did, Obama gives legitimacy to China's suppression of its people's free speech and its intimidation of those who work to give voices to the unheard.

The program for the state dinner the White House explains that the lavish reception for the Chinese president "reciprocates" the treatment of the Obamas in China last year. However, the situation this year is different. When President Obama visited China in 2014, it was part of a tour, which included a meeting of the Asia-Pacific Economic Cooperation (APEC) in Beijing. Moreover, China had not recently been under American cyber-attack.

It is ironic that, of the few countries to be given a state dinner by the Obama administration, China is the only country to have received two. As leader of the United States and the country's chief diplomat, Obama is sending the wrong message to China and to the world. Rather than hosting Jinping as an honored guest at the White House, the two leaders should have met in a neutral country to discuss the United States' intolerance of cyber-attacks and to find some common ground. At the very least, Jinping's arrival should have been met with less fanfare.

By hosting Jinping with such enthusiasm at the White House, President Obama did not display enough strength in maintaining the nation's cybersecurity. In a world where diplomacy is too soon foregone for violence, seeing the president resolve issues with conferencing is refreshing. Even so, making such an occasion of it is potentially naïve and sends the wrong message to the world. With American students on the South Lawn waving small American and Chinese flags, an uninformed observer would have thought that the U.S. and China were the closest of allies. China is not a close ally of the U.S., if an ally at all, and has shown blatant disrespect for U.S. privacy and security in the past few months. Rather than celebrating an announcement that China will stop attacking U.S. systems, the United States should remain skeptical and remember that the hacking should not even have happened in the first place. And the next time, if there is one, that the president welcomes the leader of a country that does not respect its boundaries, the White House should make sure that it tones down the pomp.