Vigil held for woman who died in Mali terrorism

Takoma Park community members gathered at the gazebo in Old Town Takoma Park on Sunday, Nov. 22 for a candlelight vigil to mourn the loss of Takoma Park resident Anita Ashok Datar, 41, who was killed in the terrorist attacks on a Mali hotel on Nov. 20.

Datar, the mother of a young boy, Rohan Datar, who attends Takoma Park Elementary School, had been staying in the Radisson Blu Hotel in Bamako, Mali for her work as a global health policy expert and senior manager at the international development firm Palladium Group. On Friday, Nov. 20, several heavily armed gunmen stormed the hotel, taking around 100 hostages and killing 19 people.

The vigil for Datar began in the evening. Newly elected Takoma Park Mayor Kate Stewart and Datar's brother, Sanjeev Datar, spoke at the event. Stewart introduced Sanjeev Datar and then she later led the singing of "This Little Light of Mine." Stewart ended the vigil reminding all the attendees of Anita Datar's legacy. "Anita was a light to the world and we are going to make sure it shines," Stewart said. 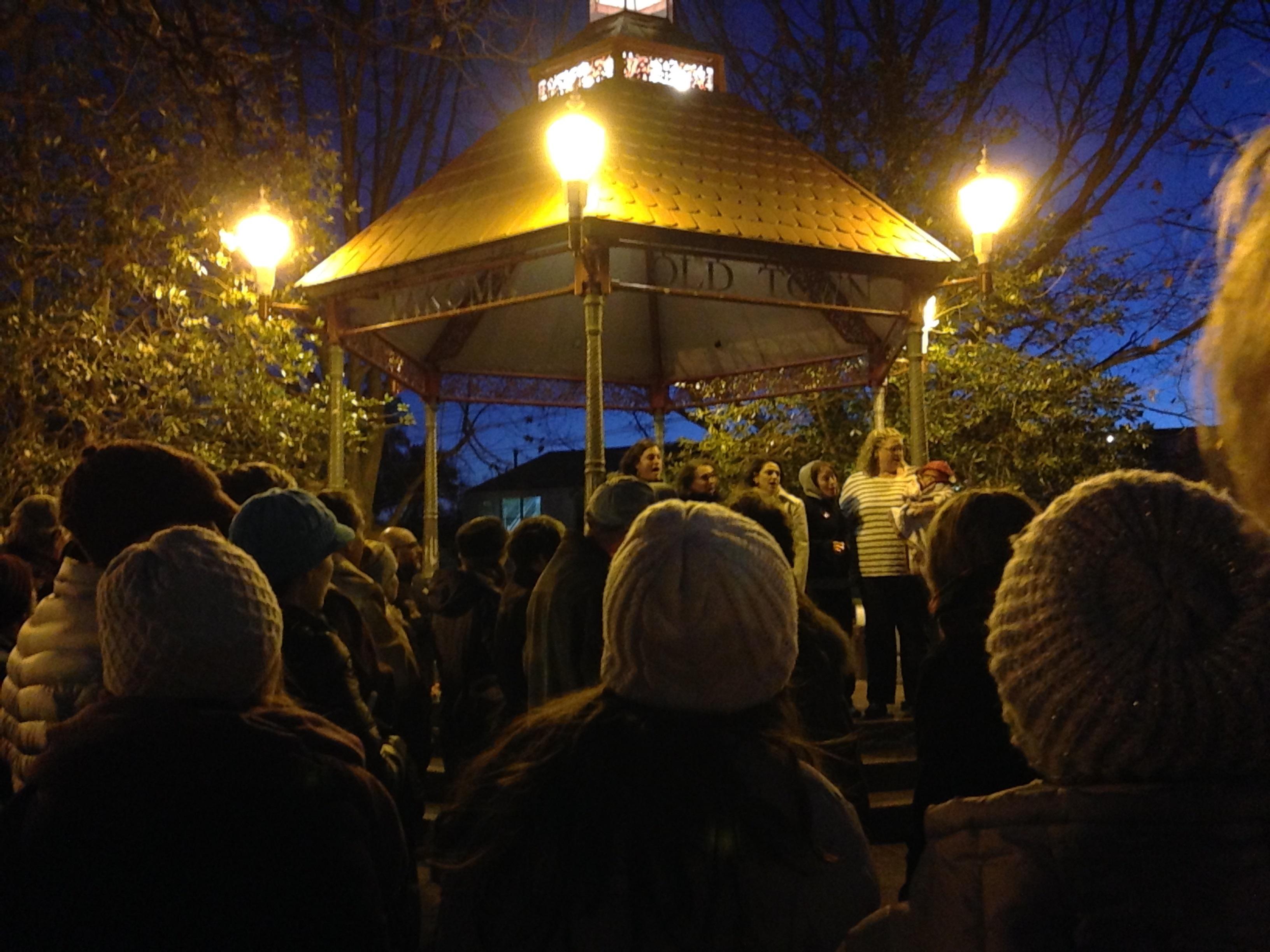 Photo: Takoma Park mayor Kate Stewart leads the singing of "This Little Light of Mine."

Photo: Takoma Park mayor Kate Stewart leads the singing of "This Little Light of Mine."

According to Anita Datar's close friend Denise Mortimer, someone in the community introduced the idea for a vigil and Mortimer and Anita Datar's other close friends spread it. "It was a very organic process," Mortimer said of the organization of the event.

Many of the vigil attendees were friends of Datar's. Freshman Jonathon Andersen-Taylor's family was friends with Datar and came to gather with and support others who knew her. "We want to kind of help out the city and everyone who was affected by this get back to their feet and get back to life," he said.

According to an email circulated in part by Takoma Park Ward One Councilmember Peter Kovar, the vigil was also meant to celebrate the lives of other victims of terrorism of the past few weeks. "There will be a candlelight vigil at the gazebo in Takoma Park tonight to remember Anita Datar and other victims of violence in Paris and Mali," the email read.

Freshman Zoe Roberts did not know any victims of the attacks but accompanied her father to the vigil which she found touching nonetheless. "I think it was really moving how many people showed up," she said. She also wished that more attention would be given to other terrorist attacks that had occurred within the past week, such as those in Beirut, Lebanon that killed over 40 people. "We should also focus on other places that are going through the same thing [as Paris and Mali]," she said.

The focus of the vigil, however, was primarily on Datar. People gathered to celebrate a woman who "dedicated her life to improving the lives of others and really specifically women," Mortimer said.