In the most anticipated match up of the volleyball season, the rivalry between Blair and Wootton spilled onto the court one final time for the title of county (and state, since no other county in Maryland hosts boys volleyball) volleyball champions. Although Blair (7-1) conceded a victory to the Wootton Patriots (8-0) in the first game of the season, the Blazers got their retribution and showed Wootton how hard they worked in order to beat them. On Thursday, at Magruder High School, the Blair boys volleyball team won the volleyball county championships for a second year in a row, defeating Wootton with final scores of 25 - 22, 25 - 16 and 25 - 22. 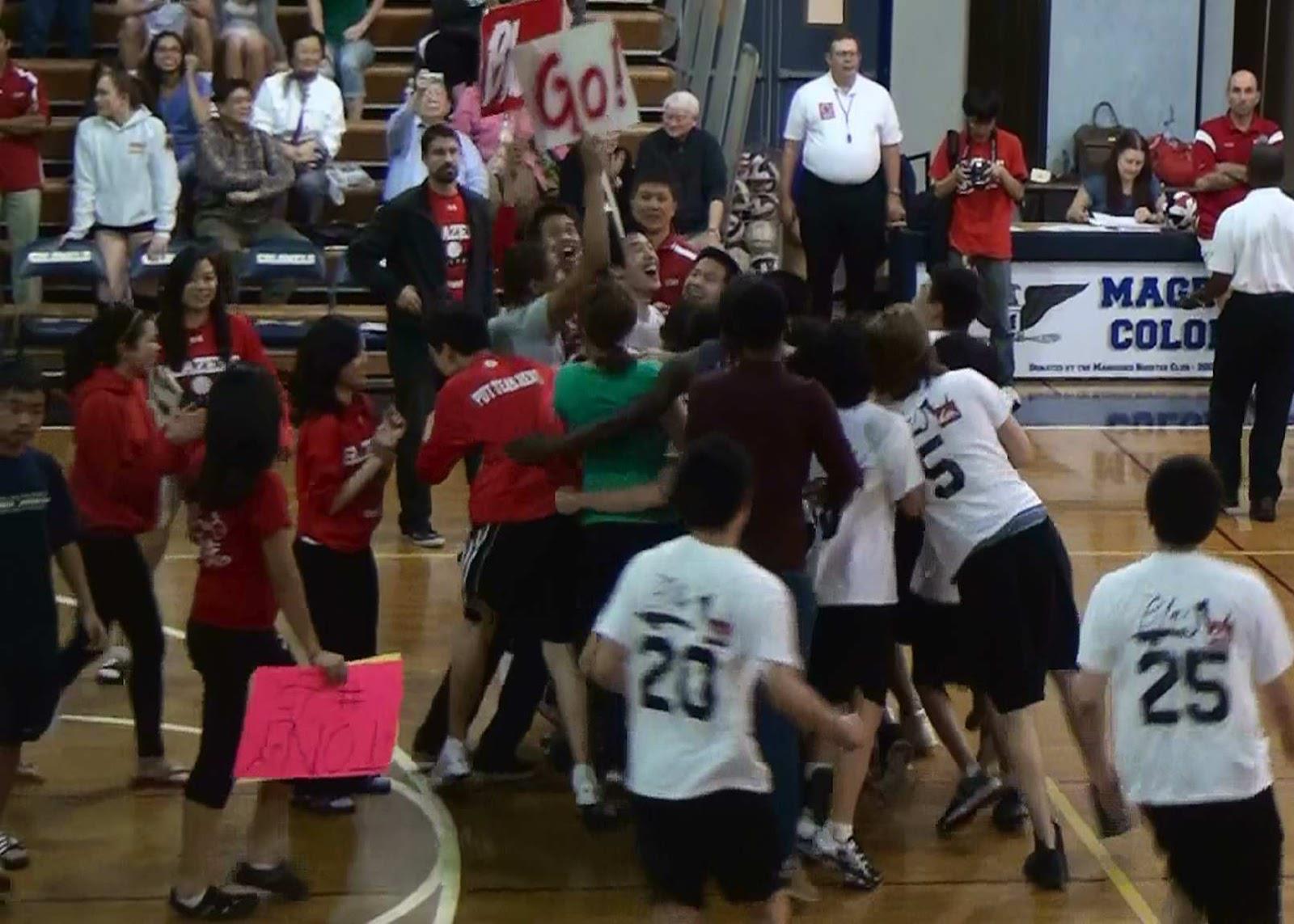 Photo: The boy's volleyball team celebrate after their 3 - 0 win against Wootton.

The boy's volleyball team celebrate after their 3 - 0 win against Wootton. Photo courtesy of Ricci Huang.

Blair trailed 0 – 3 early on in the first set, as the team made sluggish blocks and digs that could not cover Wootton's big hitter, Jeffrey Qiu. Juniors Ricci Huang and Tony Liang, however, were able to even out the score to 12 – 12 with some strong tips deep in the court that disrupted Wootton's lead. Zhang also changed up his strategy by tucking the ball tightly against the net, which made it harder for Wootton's defense to dig. Because Wootton focused all of their key players in blocking Zhang's big hits, Huang and Liang were free to put the ball down with some strong back row hits and dunks. Blair soon took the lead and ended the first set 25 - 22.

After warming up to Woottons's plays in the first set, Blair took an early lead in the second set with some incredible saves made by Senior Eric Huang and Junior Sean Meng and also huge hits made by Senior Rick Narcisse. While Wootton had huge hits of their own, Huang was ready for them and managed to keep the ball in play, allowing Narcisse to dunk it over the Wootton's defense. 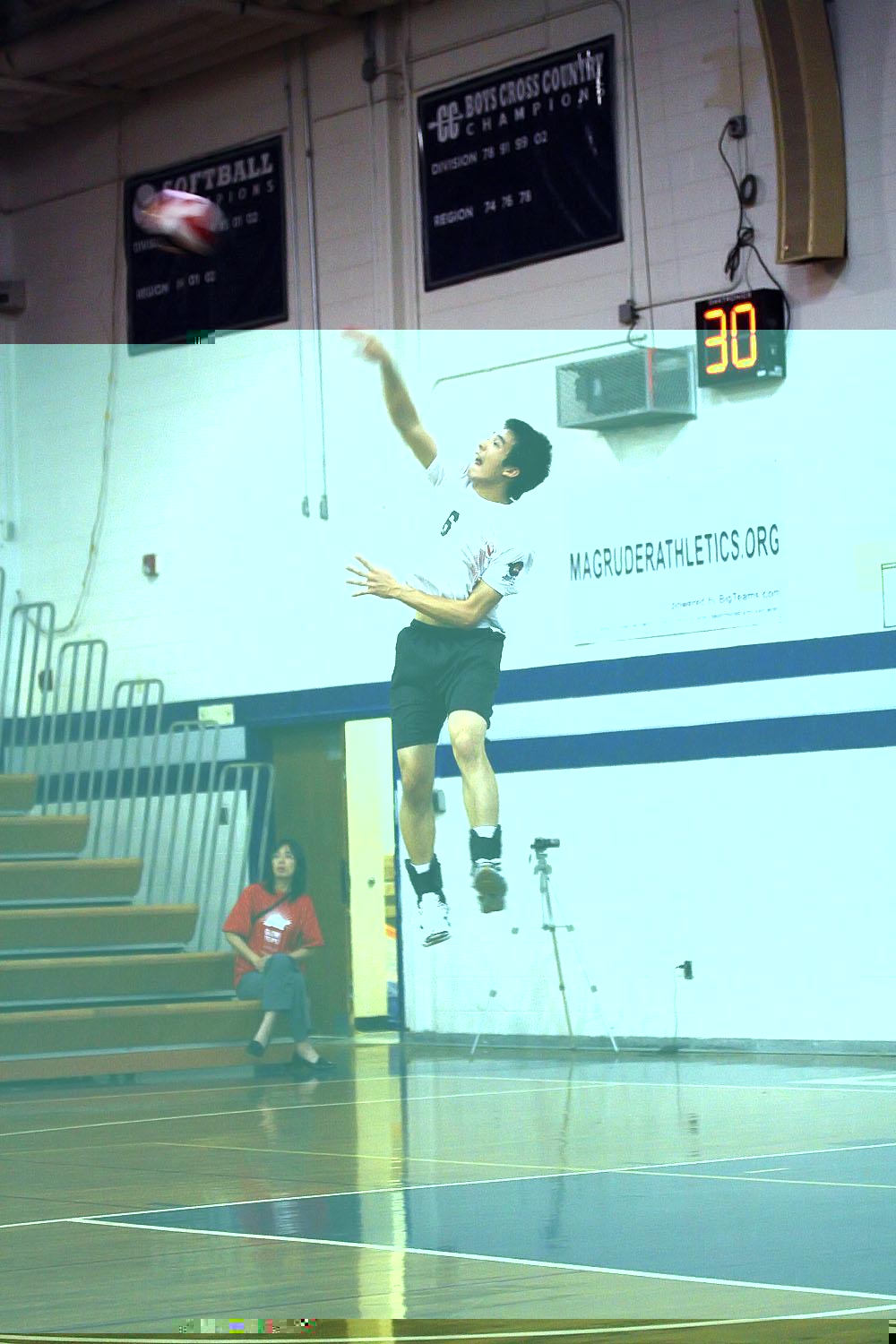 With the help of strong defense from Blair's back row, the offense were able to make plays, as junior William Cai was able to set the ball perfectly to the hitters. Soon, Blair was leading 10 - 4, after Zhang attacked Wootton's outside hitter several times and driving the ball towards the edges of the court, making it nearly impossible for Wootton to defend. The Patriots' back row crumbled as both Zhang and Huang bombarded them with consecutive hard hits, including two aces. Blair finished the second set up 25 - 16.

In the third set, Wootton made several errors, including several important serves into the net and out of the court, which propelled Blair to an early lead of 12 - 6. In one of the most exciting plays of the game, as Wootton recovered from a big hit made by Liang, senior Austin Liou jumped and struck a second consecutive big hit that blew away both the players and the crowd.

Wootton, however, got back their spirit, making a huge side-out as they closed the point deficit to 21 - 18. Although both teams rallied and fought for every point, Blair was able to pull ahead and finish the third set by a score of 25 - 22, winning the game.

Coach Huang was proud of how well Blair played throughout the season, especially the tenacity of several players who showed huge improvement against Wootton and helped pave the way for their second county championship. "Wootton is a very good team and when they started to turn it up in the third set, we had to weather them down," he said. "Some players who improved the most were Rick, Eric Huang and [Cai]; all three of them deserve it." 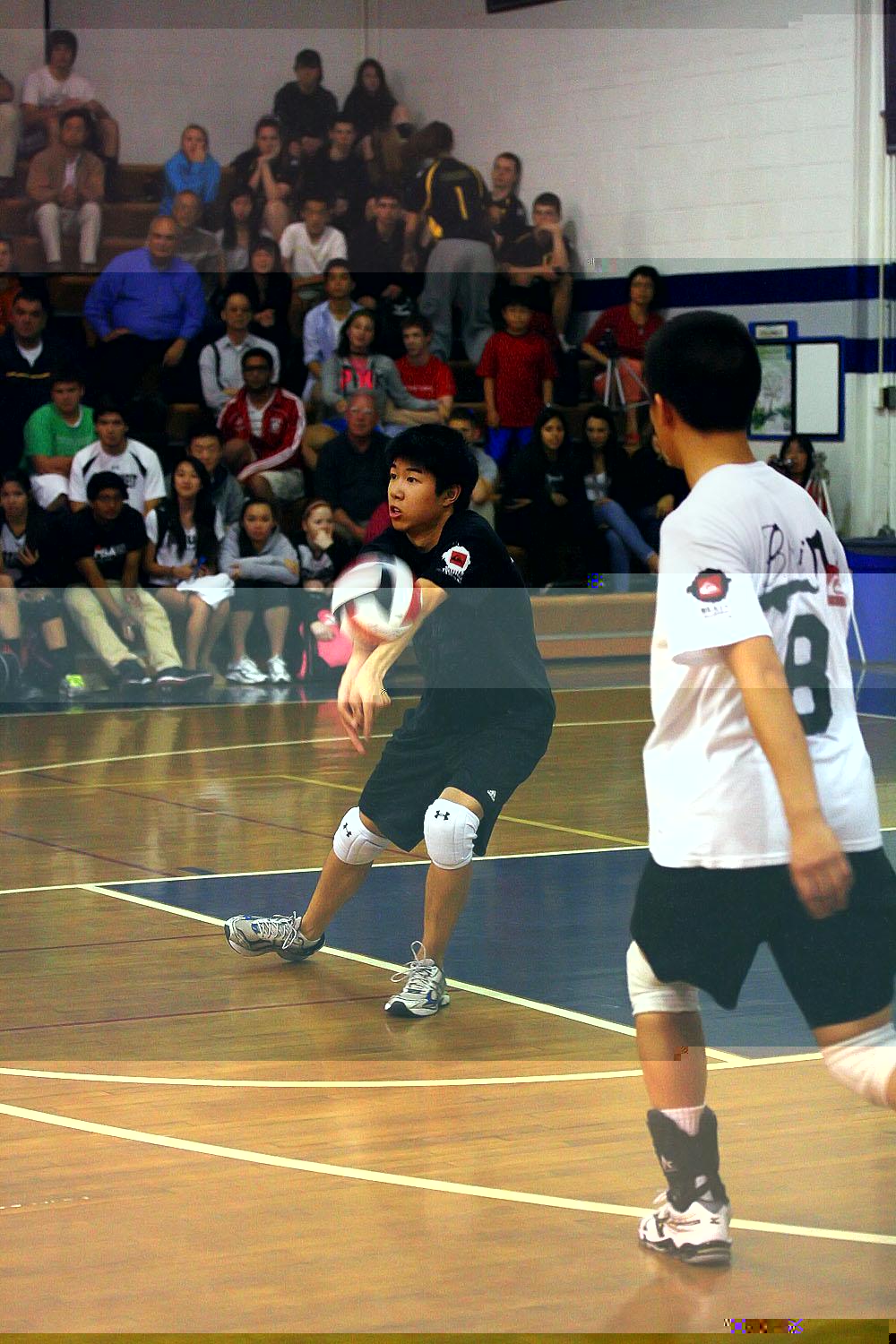 With 22 kills and three aces against Wootton, Zhang scored the most points and made the most impact on the game. Zhang, a four year player, was glad to leave Blair with the memory of winning two county championships with his team and a fresh perspective of how he will continually grow in college. "It feels absolutely amazing to be here," Zhang said. "I am going to keep playing until I cannot get any better anymore."

Liang, who also stood out with eight kills, reflected on the entire season and was proud of how much he grew in regard to hit coordination. "I was too spoiled from [2011 graduate Robert Huang's] sets last year, and that is why I could not connect really well with [Cai] at the beginning of the season," Liang said. "But the more we practiced, the more I learned to adjust to the sets and I was able to put the ball down more consistently."

Huang, who had six kills, was also happy with the team's performance against Wootton and also remarked on how much the team developed since the start of the season. "Compared to the start of the season, we served a lot better, passed smoother, connected our blocks better and set more consistently," Ricci Huang said. "It feels awesome to win." 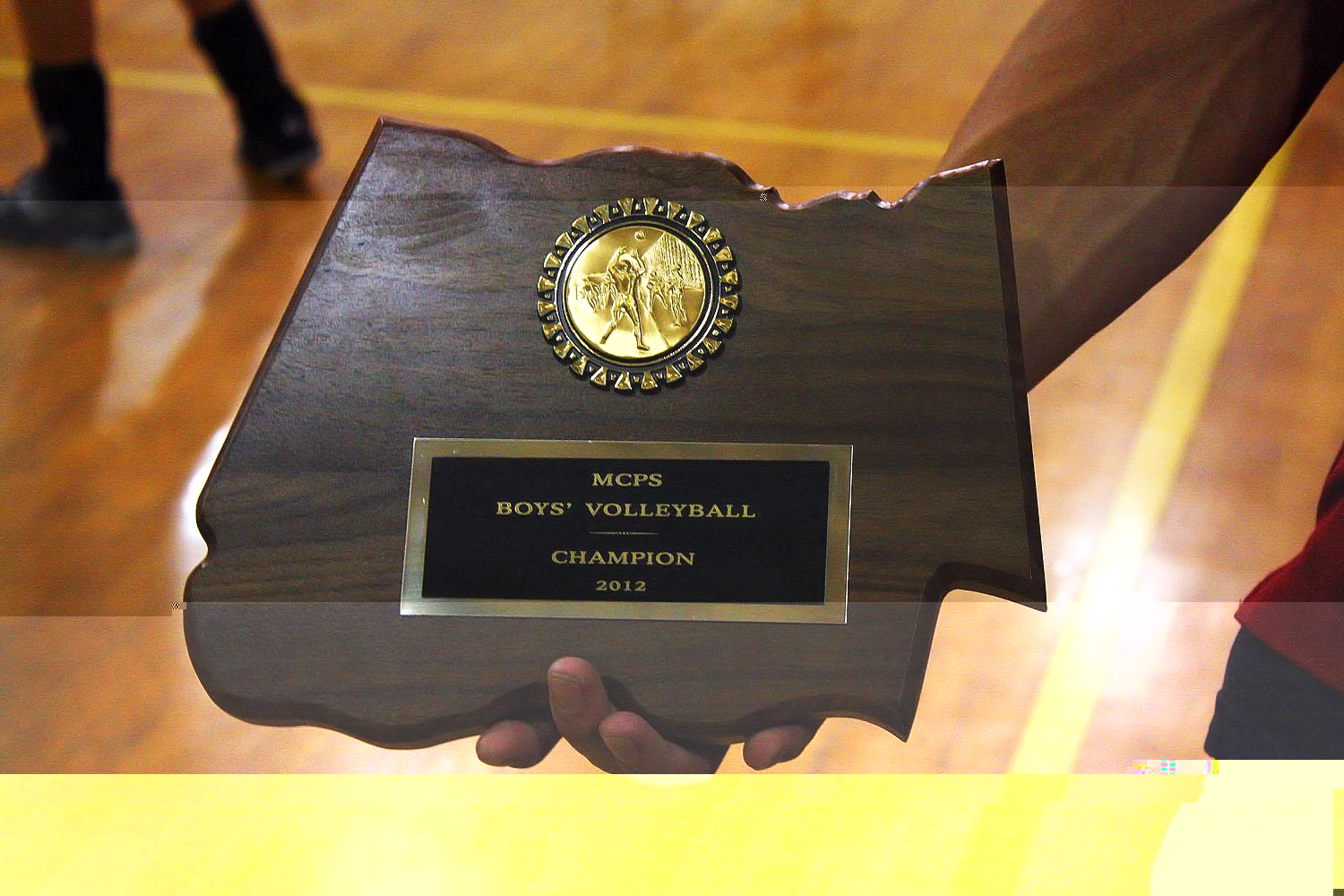 Photo: Boys volleyball took the County Champion title for the second year in a row by defeating Wootton in an exciting final playoff match last Thursday.

Boys volleyball took the County Champion title for the second year in a row by defeating Wootton in an exciting final playoff match last Thursday. Photo courtesy of Enoch Hsiao.

Coach Chris Liang concluded the season by applauding how hard the volleyball team worked to reach the championships and praising them for their championship title. "You guys worked very hard to get here and all those hours of training and pushups we did paid off," Liang said to the team after the game. "No more pushups!"