What happens next door

Typically people imagine firefighters sitting in a circle with their legs propped up on a table, playing cards or checkers, waiting to be sent out for the next fire. However, the reality is that firefighters have an intense workload and are expected to maintain their composure, multi-task, and think on their feet in life or death situations. The firefighters who work at Silver Spring Fire Station 16 located right next to Montgomery Blair High School, understand the responsibilities and commitment that comes with the job. If you ask them why they want to be firefighters, any one of them would say they simply do it because they love helping people. 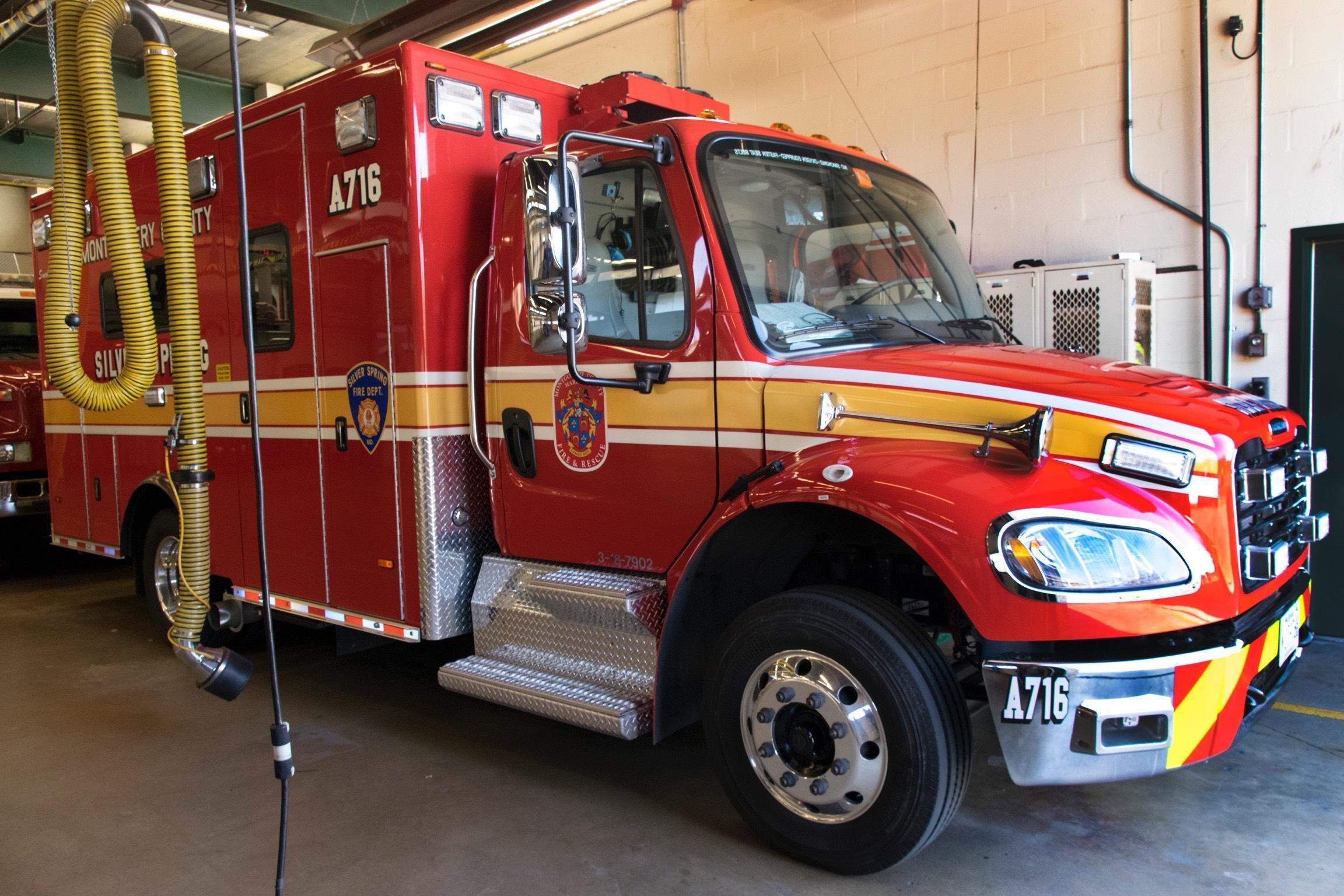 Photo:
The original Fire Station 16 was built in 1968, where the Papa John's Pizza on University Blvd. is now. It is one of three fire stations in the Silver Spring area that respond to 16,000 unit calls every day. The firefighters, paramedics and Emergency Medical Services that work at the station are trained in accordance with Maryland and Montgomery County standards to address these calls as quickly as possible.

Amos McPherson has been a firefighter for six years and has worked at Silver Spring Fire Station 16 for two months. He requested this specific station because he heard how accepting they are to new volunteer personnel. "This is a really good fire station to be in because of the apparatus that's here and the really good shifts," Mcpherson explained.

The station's staff consists of one captain and nine firefighters: the fire engine has four workers, the ladder truck has three and the ambulance has two career personnel. Sometimes, volunteers snatch a ride in the truck to assist during fire and rescue emergencies, but the firefighters don't rely on them to always come.

Miguel Collado, who has been a firefighter for 17 years and spent most of his career at Fire Station 16, explains how each fire station has a designated area that they are responsible for. The one near Blair is between Arcola and Piney Branch Road; purposely positioned at the halfway point to ensure that calls are distributed evenly around Silver Spring. Collado also explains how being situated right next to Blair doesn't affect their day to day routine. Only occasionally do the firefighters visit Blair for educational purposes. "We go there for community service at times, like if they ask us to come for career day," he said.

With their shifting schedules and pre-fire planning, firefighters don't have a "typical day" at the station. Each day brings new challenges and training opportunities. They usually work full day shifts from 7 a.m. to 7 a.m. with three days off in between. The following is what one 24 hour shift at Fire Station 16 might look like:

6 a.m. - Arrive an hour early every day to relieve the off going shift and prepare for the new shift.
7 a.m. - Line up in the apparatus room so that the captain can do roll call and so that you can receive your assignments: What did you miss the last three days? What engine will you be on? Will you be driving?
8 a.m. - All personnel, with the exception of the Captain, thoroughly check all supplies and equipment to ensure that they are fully operational. Workers assigned to the engine inspect all the mechanical components, including the hose and medical equipment.
10 a.m. - Firefighters dedicate part of their day to physical fitness and training. They typically lift weights or jump rope to maintain the high level of fitness required for the job. Most of the time, they get interrupted by dispatch calls, but still manage to set aside time for this necessary training.
11 a.m. - Remaining time is spent running errands (engine fuel, medical supplies, etc.) or conducting more inspections.
12 p.m - The afternoon block allows for time to socialize, train and participate in special training programs. Firefighters sometimes even have time to a grab a bite to eat outside.
5 p.m. - Training in the afternoon involves practicing with a ladder, working the hose line, learning medical techniques, and being tested on rescue tactics.
9 p.m. - Sleep if you can.
7 a.m. - Released from duty.

Not included in the daily "routine" above is the amount of time spent running calls. Running calls that can last anywhere from five minutes to several hours is mentally and physically exhausting. Firefighter Cleve Hyatt, who has been working for the Montgomery County Fire Department for four years, explains how there is never a day when they aren't running calls. "It significantly impacts the day's plans and sometimes, training has to be rescheduled for the next day," Hyatt said. Calls during the night, on the other hand, disturb their sleep cycle more than the schedule. With the little time they have, firefighters do their best to squeeze in naps, showers, bathroom breaks and meals.

Unfortunately, our interview with firefighters Hyatt and Mcpherson was cut short by an incoming call of smoke near Castle Boulevard. Immediately after receiving the call, the firefighters ran to the truck and suited up. Within seconds, the engine had started up and they were off to save more lives.