The Blazers lose their second game in a row

Blair varsity baseball (7-5) played their third of four games this week and lost to Whitman baseball (11-2) by a final score of 9-3. The Blazers were both mentally and physically tired at the beginning of the game and it showed. "It was a bad day mentally for us," captain Neil Gahart said. Head coach Eric Zolkiewicz agreed, "we haven't played well the last two games [we made] too many mental mistakes." 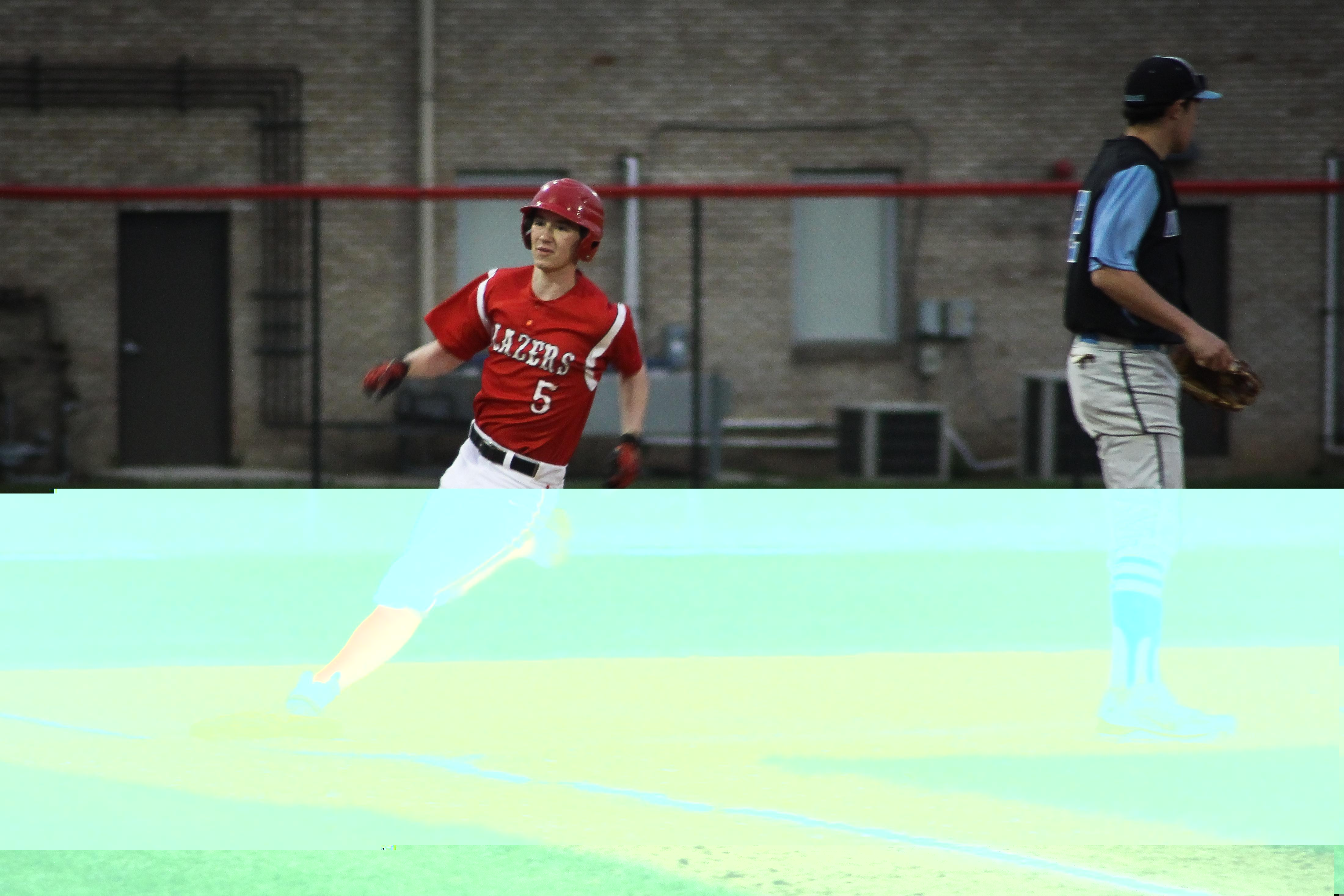 Starting pitcher, junior Mikey Gerbasi only lasted one and two-thirds innings. The Vikings scored four runs during the first inning and three during the second inning, all under Gerbasi. Gerbasi walked three Vikings and allowed three hits but he was not helped by the defense, which made a couple of errors in the first inning.

One of the few bright spots for the Blazers was sophomore Max Salzman's pitching, as he relieved Gerbasi in the second inning with two outs and pitched into the seventh allowing only two runs.

The bottom of the first and second innings were both quick, 1-2-3 innings for the Blazers as they failed to get anything going offensively. The Blazers stepped up their game after the second inning. "After the first two innings we played well," Zolkiewicz said. Gahart agreed saying that "it was a bad start, we weren't all there at the beginning of the game."

The hitting started for the Blazers in the bottom of the third inning when junior Jack Estrin hit a line drive past third base, sending sophomores Jorge Noda and Salzman home for their first runs of the game.

The Blazers continued to fight back with another run in the fourth inning when senior Lowell Ensel's sacrifice bunt allowed Gerbasi to score but that would be the last run of the day for the Blazers.

After a couple men reached base, Estrin relieved Salzman in the seventh inning and allowed Whitman to score their final run of the game on a series of walks. Senior Jacob Buchholz closed out the game striking out two and leaving three runners stranded for the Vikings.

Zolkiewicz feels that the Blazers could have been victorious, and he is unhappy with the final score of the game. "I'm disappointed we didn't play the seven innings the way we could have. We could've beat them," he said.

Despite the loss, the team is optimistic for their game against Damascus on Friday. Dasmascus is five and five and the Blazers have a good chance against them. "We should win Friday if we come out at the beginning of the game mentally ready," Gahart said.

Despite the final score, Zolkiewicz feels that the team played hard and they never gave up. "We didn't quit. We kept fighting," he said.

The Blazers play their next home game Friday, April 26 at 7 p.m. against Damascus.