Despite coming out strong, the boys' varsity lacrosse team (1-2) fell to the Walt Whitman Vikings by a final score of 20-3. As Whitman slowly gained momentum, the Blazers struggled with clear communication and creative attacking play.

As the game began, both teams fought to grab hold of the game. Whitman opened the scoring two minutes in, but a quick goal from Blair junior Matthew Guerrera leveled the score. The teams traded blows, with another Blazer goal coming from senior Zeke Wapner. Whitman quickly fired back, pushing the ball back into their attacking third. Despite a valiant effort from Blazer goalie Ashe Durban, the Vikings managed to continue to find the back of the net.

The second period saw more of the same, with a Blair goal from sophomore Paul Moser among a barrage of pressure from the Vikings. Quick, sharp passing from Whitman led them into the Blair half time and time again, as they worked the ball to create continuous shooting opportunities. The half ended Whitman 14, Blair three. 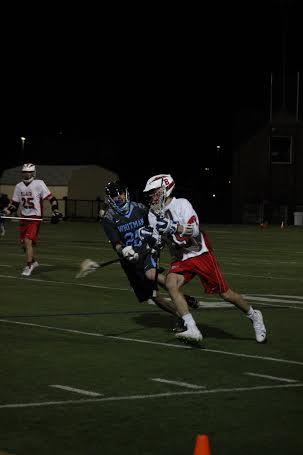 The Blazers came into the second half with their morale low and heads down. They struggled to gain possession and fight off continuous attacks from the Vikings. The game became increasingly scrappy and rough as the half wore on, as Blair gave a rather underwhelming performance. Despite occasional spells of possession, the Blazers looked generally fatigued and as if they had given up. The Vikings continued to extend their lead until the dying moments, when the Blazers were finally put out of their misery by the scoreboard's buzzer.

"They took the momentum and ran with it," head coach Christopher Brown said. "When we were working together and talking everything was clicking, but as soon as we lost it…they capitalized on every mistake we made."

Despite counting towards their season record, this game is not a divisional one. Blair's first division game will be this Wednesday, as they take on the Kennedy Cavaliers at home. The Blazers will have a lot to work on before then, however. 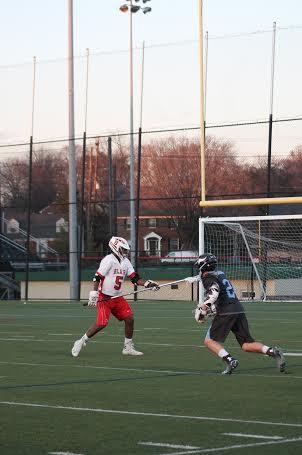 "Most of our goals came from losing transitions," Guerrera said, "We need to work on keeping the ball."

"We need to work on offensive passing," coach Brown agreed, "catching, communication, and just making smart decisions in general to get ready for our big game Wednesday, which should be a little easier. Wednesday we're going to have more fun."