"At the time I was dealing with a combination of depression, anxiety, an eating disorder and an unhealthy relationship," explains sophomore Ruby Farber who recently returned to Blair after a semester of online schooling. "At first we didn't put together that going to school might have anything to do with it, but I was losing so much sleep because I didn't want to have to wake up and go through my day and go through school," Farber says. Farber decided to prioritize her mental health. Before committing to online school her family looked into many options. "My mom did a lot of research about different programs and online schooling," Farber says. In October she enrolled in the MCPS online school program Interim Instructional Services (IIS). 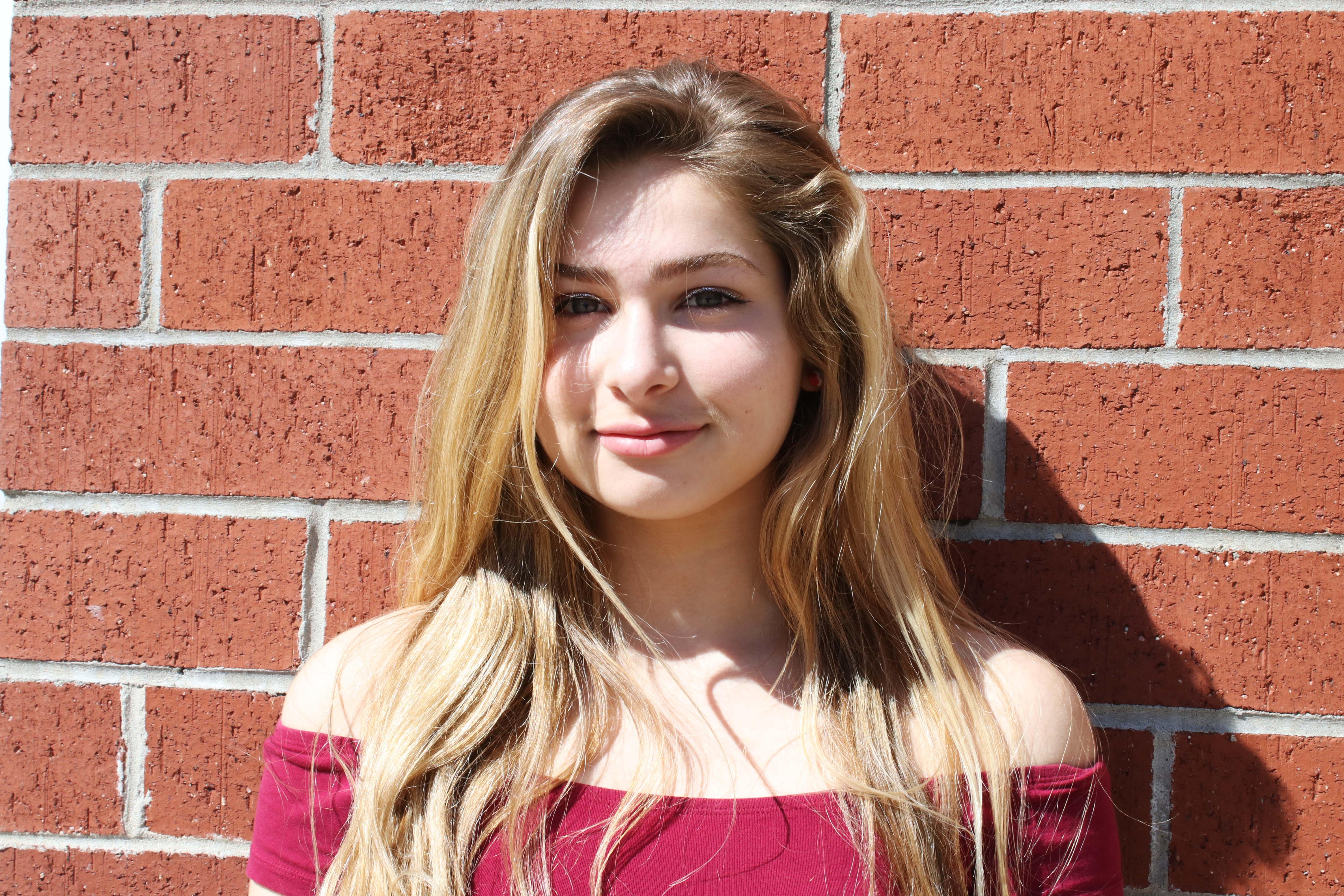 Within just a week of starting online school, Farber noticed a tremendous difference in both her physical and mental health. "After about a week of not having to go to school I was going to bed on time, waking up at a normal time, actually doing work and talking to my friends again," Farber attests. Online school provides a relief of school-related stress and pressure that can be very beneficial for a student's health. While Farber admits that "it's hard to say, of course, what exactly helped me get into a better place," she emphasizes that, "being out of school and being removed definitely took a lot of my anxiety away because I didn't have to worry about all the school drama…"

For junior Campbell Walsh, online school was a necessary measure due to ongoing attendance issues. Walsh says that the week before she turned in her IIS application she had not been going to school anyways. "I hadn't gone to school the entire week because I was unable to get to school because I woke up at 3 p.m. each day and I wasn't able to get ready by myself," Walsh explains.

One of the biggest appeals for Walsh was the lessening of social anxieties. "You could do it in the comforts of your own home, you didn't have to get dressed up, there were no pressures of seeing anyone," Walsh says.

What is Online School?

According to the is MCPS website, IIS may be provided to a student who is unable to participate at their school of enrollment due to a physical or emotional condition and who also meets eligibility criteria. IIS is available to all Montgomery County Public Schools (MCPS) students who are enrolled in Grade K through 12, or placed by MCPS in a nonpublic school.

IIS uses a conference/chat room hybrid format. "You would have a class through a web conference thing through MCPS Classroom and you got invited to the conference through your email. It would bring you to a screen where you could see your teacher's screen and you had a chat bubble where you could talk to all the other students in your class. There was a place where you could react with a thumbs up, a smiley face, everything like that," Walsh explains.

"Your grades were dependent on the classwork you did there and your performance on the final exam which was basically like an RQA or a progress check," Walsh says. To take the progress check, all students and the teacher finally meet in person at the MCPS headquarters in Rockville at the end of the quarter.

Walsh's online courses consisted of just the core curriculum. "I had four courses which were the basics like science, math, english, and social studies," Walsh says. "I'd have each of those classes twice a week for an hour." Walsh had one class at 9 a.m. and the other at 10 a.m.

However, the class time proved to still be an issue. "I wish there was more flexible times for certain lessons," Walsh laments. "I didn't wake up till 3 p.m., so I would miss all my classes. I would miss out on school basically, nothing changed for the first few weeks."

Walsh says that even though nothing was due till the end of quarter, "In each lesson and each class that you had, they [the teachers] would check up on everyone and message you privately to make sure that you were up to a certain lesson."

"They were going to do everything in their power to make sure you passed," Walsh reflects positively. She emphasized that although instructors encouraged students to stay up to date, she still fell extremely behind.

"I'm gonna be honest, I wasn't supposed to pass any of my classes up until the last or second to last week when I had to grind it all out," Walsh admits, "which I did and I did fine...I ended up getting 2 A's and a B," she reports.

Farber's schedule was different from Walsh's in many ways. "I never had classes before 10 a.m., so it wasn't like I wasn't waking up for them," Farber says. Although being in the comfort of her own home was initially a big plus, it was the source of some bad habits. "I could do school on my laptop and I could keep my laptop in my room," Farber says. "I didn't have to leave my bed."

The IIS program states that "when the interim instructional services end, the school counselor will have in place a plan for the students return to school and will work with the student to make the transition as easy as possible." Walsh felt that the transition part of the program was not well executed. "There was actually no focus on coming back to school," she states bluntly. "I was supposed to have a meeting with the school psychologist. Still haven't met her." Walsh felt a general lack of her support during her transition back to Blair. "I was supposed to have a lot of preparation into coming back to Blair, but that never happened," she says. "My counselor doesn't understand IIS very well."

Walsh also did not feel academically prepared. "I have a lot of catching up to do because the material I covered in online school did not have anything to do with what I'm doing now," Walsh says. "I also think there should be a way for kids to take more challenging classes, or at least a way to prepare them for going back into school for those challenging classes," she reasons.

Farber also cited a disconnect between the online curriculum and Blair's curriculum. "In subjects like chemistry and math, I didn't learn quite as much as a lot of other people because those are hard subjects, especially for me, and it's really hard when you don't have a teacher there to help you," Farber states. "It's definitely a difficult academic adjustment to coming back."

However, she is unsure if anything can be done by the IIS program to make the transition easier. "The program just continues and kids join and leave randomly cause everyone is on their own schedule," she explains. "I don't really know how they are supposed to help people transition back because everyone is on different schedules."

IIS also promises to provide educational services to help kids "remain current with their peers." Walsh, however, felt that a lot of her relationships were weakened by her absence. "I grew very distant with many people because I did not see them often and when I transitioned back to Blair I did not have the same connection," Walsh says sadly.

"If I could describe my entire experience, it would be watching life go by, like being in the sunken place…" Walsh reflects. She says it's "like watching a movie of everything that's happening around you, but, like, you're at your house and you're not involved."

Once she was back at Blair, Walsh expected things to be much easier. "I was expecting for me to go back full throttle, being able to do everything because I had been making so much progress. That wasn't the reality because I was still struggling with many mental health things and physical struggles of trying to get up for school." However, Walsh has still experienced a difference. "It's improved drastically from before, I'm not missing school as much as I did," she adds.

One of the hardest parts of coming back is answering everyone's questions about her whereabouts. "All your conversations revolve around 'where have you been?,' ‘what happened to you?' or ‘why have you been out?' And it's very repetitive. You have to explain, ‘Yeah, I kinda dropped out for a little while,' and then they ask why and then you have to explain everything," Walsh says.

Although her experience with the program was not perfect, Walsh recommends it to anyone who is going through a rough time and needs a fresh start. Both students emphasized a newfound appreciation of going to school. "I really didn't like school before- like more than a normal amount- and by the time I had done my online schooling and been at home for a while, I was very excited to go back," Farber reflects. "And of course I don't love school, but I do enjoy it. I don't dread coming here anymore."

"I'm a lot more grateful about going to school," Walsh says. And when classes get tough, Walsh say she reminds herself that it could be worse. She tells herself, "you could be at home by yourself, on your phone, just watching people having fun at school."

Farber has also recognized a general shift in how she handles school. "There was a whole fear aspect in school in general before I went out and came back in, and now the fear isn't there. Work is hard sometimes and classes are hard sometimes, but I'm never stressed out to the point that I am scared," she reflects.