Another U.S. Open wrapped up on September 10th, and it's about time to question whether women tennis players deserve equal pay. It has been 122 years since the first U.S. in the world was launched, and women who are only playing best-of-three sets are still being paid the same as men who play for twice as long on the court. Some female tennis players have argued to switch to five sets, but the International Tennis Federation's (ITF) Grand Slam Committee has preferred to stand by its tradition. Not having women play five sets like men is the core of ITF's gender equality problem. 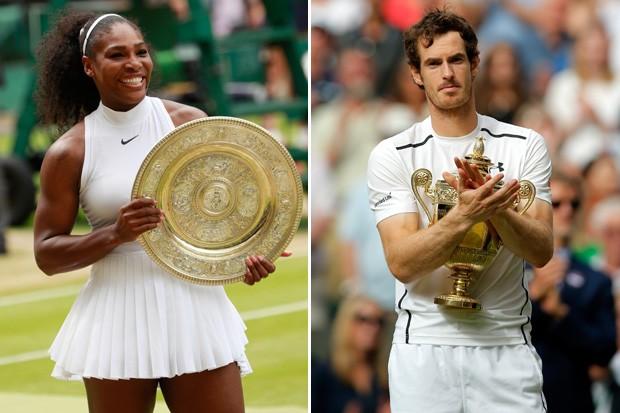 Photo: Serena Williams, left, and Andy Murray dominated at the 2016 Wimbledon Championships in London. Both players earned £2 million or $2,677,148 for winning the singles' event.

Photo: Serena Williams, left, and Andy Murray dominated at the 2016 Wimbledon Championships in London. Both players earned £2 million or $2,677,148 for winning the singles' event.

Wimbledon, the oldest and most prestigious tennis tournament in the world, has been awarding equal prize money for both genders since 2007. Opponents argue that female tennis players shouldn't earn the same as men because they attract smaller crowds and play for a considerably shorter time. Andy Murray, the third ranked tennis player in the world, believes that seeing women play best-of-five matches would increase the acceptance of equal prize money among male players. "I think either the men go three sets or the women go five sets… that's more what the guys tend to complain about," Murray said to the New York Times.

Believe it or not, the first time women ever played a five set match was back in 1891. Just ten years later the tradition ended when 25-year-old Bessie Moore defeated Marion Jones in a 6–4, 3–6, 7–5, 2–6, 6–2 victory. Right after the match, the all-male officials at the United States National Lawn Tennis Association (USTA) said that five sets were, "too much for the poor, dainty women," and changed the finals back to best-of-three. The players vehemently protested this decision, but their efforts were ignored.

The one other time after the Moore vs. Jones match where women were featured in five-set matches was in the 1984-1988 Women's Tennis Association (WTA) championships. All other times, women tennis players had to adhere to the USTA's decision and play three sets both in the qualifying and championship rounds. The USTA's decision has stuck for years and has made women appear to be weak. It has reinforced the idea that they aren't physically or mentally strong enough to play best-of-five matches, even though that is obviously false. Kayla Malone, a junior on the girl's varsity tennis team, agrees. "They think women don't have the stamina to keep on playing five sets," she said.

Though the ITF committee will never admit that their format is sexist, the fact that they stick to this tradition perpetuates the belief that women are physically incapable of playing five-sets. The ITF committee also argues that best-of-five matches can't be squeezed into the crammed Grand Slam schedules. This just shows that the committee can't, and won't, make time. Perhaps if men and women played best-of-three matches in the early stages of a tournament and best-of-five matches in the championships, the problem might just be resolved. At the very least, it would be equal.