On Dec. 13, Chipotle Mexican Grill opened its second Silver Spring location at the nearby Woodmoor Shopping Center. Chipotle replaced the space previously occupied by Subway, which relocated into the space formerly held by China House. According to Chipotle spokeswoman Katherine Newell Smith, construction began in late August. Since then, the Chipotle management has been hiring crew members and training them in cooking, maintaining the building and providing services for customers. 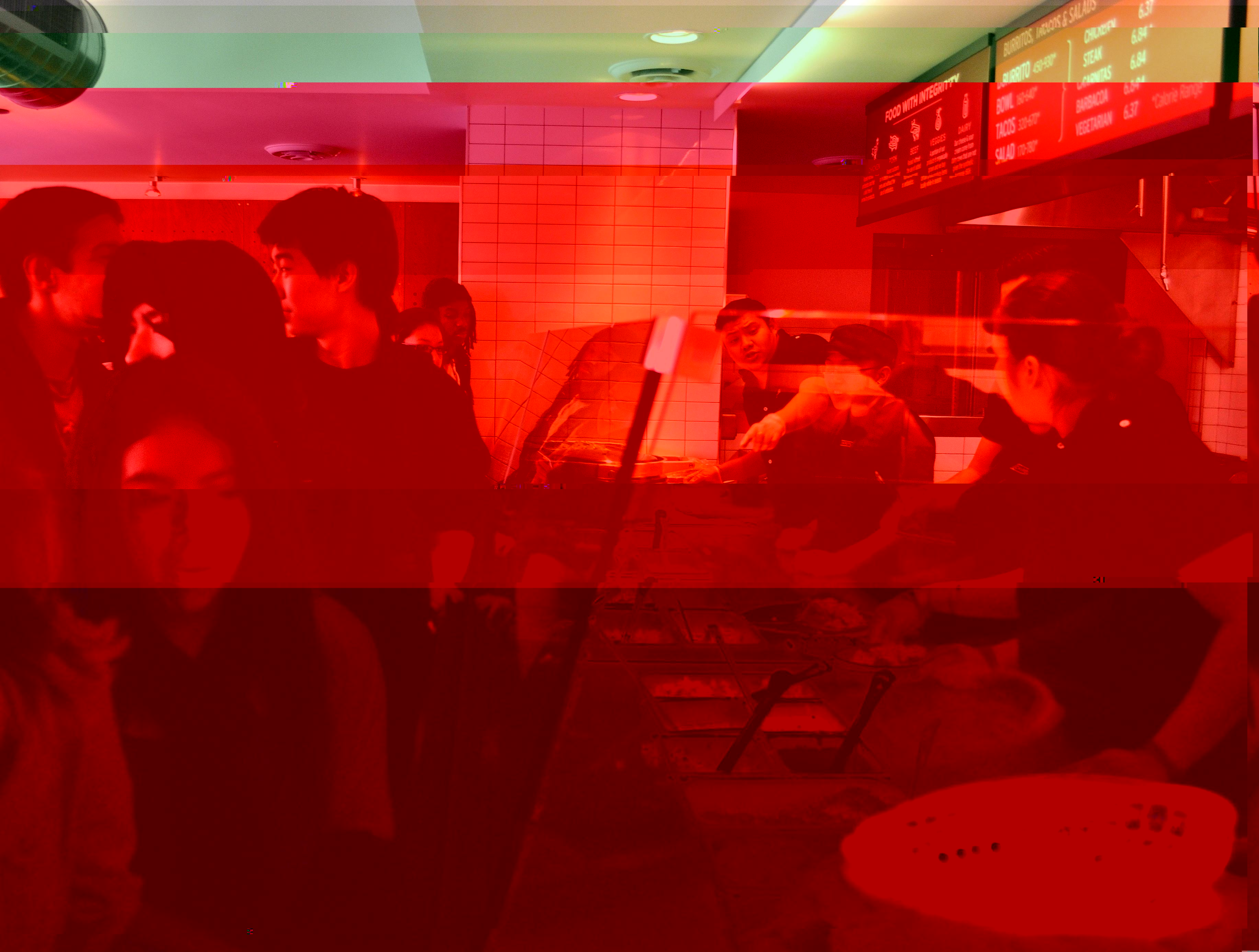 Photo: Students stand in line as employees at the new Woodmoor Chipotle across from Blair make burritos.

Photo: Students stand in line as employees at the new Woodmoor Chipotle across from Blair make burritos.  Photo courtesy of Emma Lansworth.

Smith said that Chipotle came to Woodmoor in response to requests of several members of the community. She said that its prime location near Blair and considerable distance from other Silver Spring locations were factors in the decision. "It is very well traveled, near Blair but far enough from the Silver Spring downtown location and the White Oak location. It was a good mix," she said.

According to security team leader Cedric Boatman, security has acknowledged that Chipotle will increase the number of students who attempt to leave campus to buy lunch. Boatman said that security will be more aggressive in handling the closed-lunch policy, with more security cameras and personnel at Woodmoor. "Security is going to start doing more stake-out," he said.

Although students can be suspended for leaving school during lunch, Boatman said that security is trying to avoid implementing that consequence. He said that security would like to first get to the bottom of the problem by directly calling parents and referring students to the principal. "We've had kids involved in car accidents while coming and leaving school. Think if we had it all day. The risk gets that much higher," he said.

Despite this anticipated truancy issue, the new Chipotle has much to contribute to the Blair community, says Assistant General Manager Carlos Linares. Chipotle is currently hiring employees for their restaurant for a variety of positions. Smith said that there are between 25 and 30 employees in every restaurant; responsibilities range from food preparation to answering phone calls and attending to orders.

Smith encouraged students to apply for jobs at Chipotle, emphasizing that they would offer students a positive working experience. According to Smith, many students will have opportunities to work at Chipotle because turnover is frequent and is half the industry average. "It teaches you the service business, about how difficult it is to please, how to be on your toes and do what you're supposed to do to get the job done. It is a great training experience," she said.

Linares agreed that working at Chipotle can be a rewarding experience, and that anybody who is employed at Chipotle will get enough training to eventually become a manager. He expressed excitement on being able to serve students from Blair and said that Chipotle will support Blair as its neighbor. "We are usually very active in the community," he said.

The restaurant serves all items traditionally on the Chipotle menu. Linares said that Chipotle holds itself to high standards in ensuring the freshness of its ingredients. "We try to use organic beans and meat raised in farms in natural ways, and we don't put any hormones in chicken or pork," he said. This year, Chipotle is also making record improvements to the freshness of its ingredients. Chipotle plans to use more than 10 million pounds of produce from local farms, compared to the 5 million pounds used last year, according to Smith.

Chipotle is run on the vision of "Food with Integrity" which has sustained the business since the opening of the first restaurant in 1993. According to Smith, this vision guides Chipotle restaurants across the country. "Food with Integrity means that all ingredients are fresh, but it's not just that they fresh," she said. "It's also how the animals are raised, how the crops are grown and how we treat the land and people who raise them." Chipotle routinely checks operations on farms to make sure that animals and farmers are treated well.