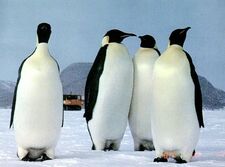 Name: Chester Lam
Position: Technical Staff
Graduation Year: 2011
Chester is currently a student at Montgomery Blair High School. A few years ago, he went to Robert Frost Middle School, but he decided to go to Blair instead of his home school (Wottoon). He likes working with computers (web design in particular), and is now part of the Silver Chips tech staff. Chester also enjoys classical music and plays flute. In his free time, he enjoys programming, playing games, and listening to music.

Swimming chickens witnessed by scientists could point to a major evolutionary change.

A Blair team works on tree identification at the county Envirothon back in April. If "Fortress 2" wins at states, they will earn a spot at the national Envirothon competition in Canada this summer.

"Fortress 2," an Envirothon team comprised of Blair Magnet students, will compete at the state level on June 15 and 16.

PuzzlePalooza participants compete for the highly coveted Spirit Award on the last day of the competition.

Senior Veshal Masih digs ball after hard spike from Churchill. He is among the players Coach Chris Klein said has developed the most from just an athlete to a true volleyball player.

A Blair team works on tree identification as part of the forestry category of the competition.

Snow covers tree branches in a local neighborhood. The storm has caused a number of downed trees and power outages throughout the county.