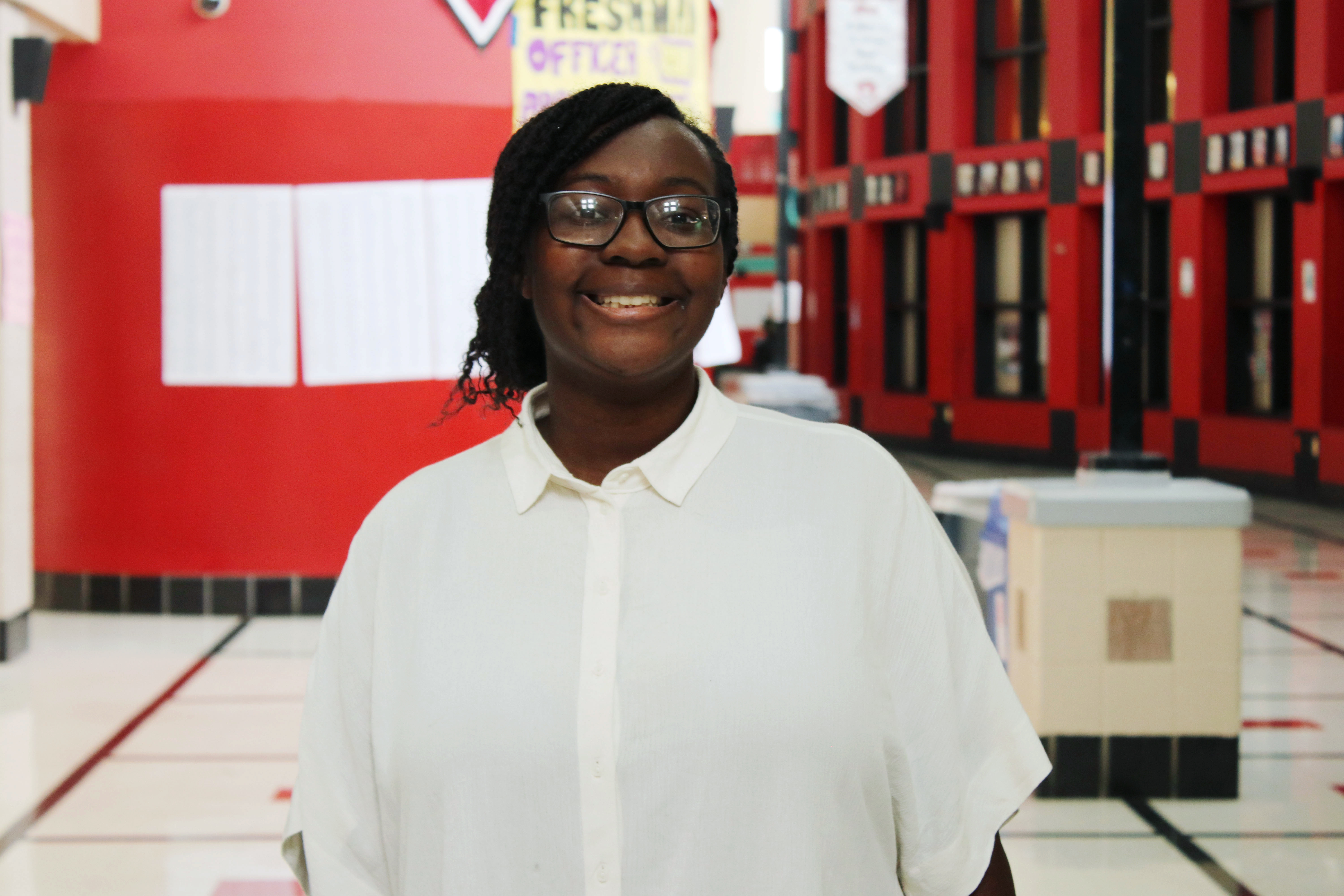 Mabel (Julianna Ingram) and Frederic (De'Andre Johnson) happily go out on their first date, while Mabel's spying sisters lurk around the corner.

Photo: At My Mercy

Photo: What To Do?

The policemen for the town are introduced with a fast-paced song in which they sing about who they are, what they do, and how they will solve the pirate problem.

The pirate crew, led by the Pirate King (Sam Newman) sing about how wonderful they believe their pirate lifestyle to be; they wouldn't give it up for anything!

Photo: Attack of the Pirates

The pirates come to rob the Major General's estate and end up getting into a brawl with his 27 daughters.

Frederic (De'Andre Johnson) falls to the floor in anguish as he realizes that the deal he made to leave the pirate crew is void until he has 21 birthdays. His birthday, however, is a Leap Day.

Photo: I'll Wait for You

Mabel (Julianna Ingram) smiles brightly as she makes a promise to Frederic (De'Andre Johnson) to stay faithful to him, forever and always.

A variety of flowers begin popping around the DMV area as we get more into spring, including orchids.

Photo: In the Crowd

A woman takes a picture of the kites in the sky as she wear a cherry blossom headbands that could be purchases by festival patrons.

With spring in full bloom, a plethora of cherry blossoms decorate the area surrounding the Tidal Basin.

Showcasing colorful floats, celebrity entertainers, and performances from a variety of genres, the National Cherry Blossom Festival Parade is one of the most popular DC events that happens this time of year.

Filled with joy, Tamagawa University's dancers lighten the mood with their energetic and passionate performance.

Photo: In the Sky

During the annual Blossom Kite Festival, a kite worth $700 flies high in the sky near the Washington Monument.

As the parade continues, the Tamagawa University Dance and Taiko group arrive, quickly boosting the atmosphere with their energetic music and enthusiasm.

Maggie O'Neil, the 2018 official festival artist, stands atop the float she designed while decked out in various shades on pink and blue.

The annual Blossom Kite Festival is an anticipated family event filled with competitions, demonstrations, and creatively made kites.

Photo: A Trail of Blossoms

The fallen cherry blossoms make a beautiful trail across the Tidal Basin and to Jefferson Memorial.

As we get further into the season, a variety of different flowers begin to bloom, making it feel a lot more like spring.

Blair offers a free SAT to all Juniors who are interested.

Varsity letters allow schools to recognize the accomplishments of their students and should be awarded to all those who compete on behalf of the school, academically or athletically

Photo: Paintings in the Sky

Binick brings an enthusiastic and caring attitude to her job, and always prioritizes the needs of her students.

In the days leading up to Sankofa, writer Ms. Adamson, along with the rest of the cast, impersonated Michael Jackson during celebrity impersonations day.

Monteil will be attending Sewanee, University of the South. She highly encourages that seniors apply for this scholarship if they get the opportunity.

Price was paired with Lafayette college, which was ultimately the best fit for him although not his first choice.

Students who try to switch accounts will encounter an error that the webpage is blocked.

With the last of the college deadlines coming up, seniors wrap up their college process while juniors come to the career center and start thinking about theirs.

Mrs. Wall's room is a place art students often come to during lunch to finish up work and socialize.

Captain Madeleine Merrill works to keep the ball away from her opponent.

Rachel Dey (16) completes a penalty kick during the second half of the game.

Students charge their phones during lunch, in the SAC.

Mouse traps are placed around the edges of the media center, and where mice have been spotted.

The Silver Spring Library is one of the local places that students go to finish up their work for school. Pictured: Kanani Jiang (12)

Blair's defensive line pushes back against the Wheaton offense.

One of the Blair coaches gives the team a pep talk before sending them out on the field.

Mangers for the Blazers hand water bottles to the players after a timeout is called.

Gray explores the regions where she descended from on the 23andMe website.

Signs are placed on the steps of a home in the Blair community, directing trick or treaters to places like Bethesda and Transylvania.

Photo: All Dressed Up

Kids dress up as a variety of characters, a boy dressing up as his favorite Star Wars character, Darth Vader.

Senior Captain Priscah Rodenhuis reaches to hit the ball at the beginning of the match.

The girls tennis team cheers before going to play their sets.

Deeya Gand (11) gets ready for a strong serve.

Caitlin Lee reaches for the ball to stop it from hitting the court.

The girl's tennis team cheers for each member after they introduce themselves at the beginning of the match.

Photo: On the Ground

Blair POMS team lays on the turf as a transition between parts of their routine.

The Blazer crowd cheers and shows their support at the 2017 Cheer Competition.

Junior Ruby Tucker drops to the floor as part of Blair Cheer's routine.

Toward the end of their routine, the team forms a pyramid.

Blair Cheer pumps the crowd up before the competition starts.

Photo: A Day in the Gardens

Senior Sofia Swamy stops to admire the flowers while at the U.S. Botanic Gardens.

Martinez models her outfit, including a maxi dress layered with a white long-sleeved shirt.

Tuyet Gunter (12), Alexandra Montes (10), and Erika Navarette (12) perform a kickline during the Poms routine at the pep rally.

Sophomore Zori Charles dances at the pep rally as part of the African Club's performance.