A Cinderella story despite defeat

A Cinderella team does not always have to be the most successful team in the conference. It rises from hardships, but it doesn't need to defeat the evil stepmother. A Cinderella team just needs to ruffle its stepmother's feathers a bit. 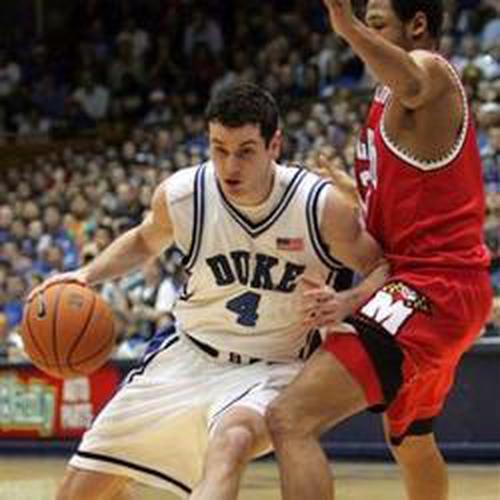 It's the Super Bowl of NCAA Football. It's a college pigskin fan's favorite time of year. It's a time for chips, dip and a comfy chair. It's Bowl season, baby!

The spirit of the ACC captured in first few games

With the start of the ACC season, the followers of the conference were in for a surprise.

After a disappointing season with a young and inexperienced team, the University of Maryland (UMD) men's basketball team has trained hard to have a successful season. The face of UMD has completely changed since its prime, as the team had lost all but one, Mike Grinnon, of its championship team from 2002. Through the last few years, they have learned to adjust to a new independence from the reliance on a star player to lead the way. Last season, the fledgling basketball team had to learn how to grow up and fly through another phenomenal basketball season.

Hunt for the Heisman

To win the Heisman Trophy is to be immortalized among college football's greatest players. Last year, former Texas Longhorns running back Cedric Benson said he would even trade team success for winning the Heisman and joining the list of all-time greats. This fall, as the competition stiffens, a player's performance in one big game could make or break his chances to follow in the footsteps of such greats as Paul Hornung, Roger Staubach, Herschel Walker, Barry Sanders, Desmond Howard and Ricky Williams. The chase looks to be one for the ages as there are five extremely qualified candidates all hoping to come away with college football's version of the Miss America crown: everyone struts their stuff and at the end, the best of the best is awarded the coveted trophy. Here is how the race stands midway through the season.

After a lengthy delay, Silver Chips Online has finally tabulated the results of the March Madness and Sweet 16 Challenges . . .