A week at Blair's Interracial Dialogue

Starting Monday November 14, students gathered in the media center after school for a week to talk and engage in meaningful dialogue about race. Students also utilized this time to organize and plan the next step following the walk out.

The dialogue was hosted by social studies teacher Kevin Shindel, along with two student leaders, senior Claire Maske and junior Iyanu Bishop. This was Shindel's second year hosting the dialogue. His goal was to welcome as many students as he could to discuss their views on race and racism. "We wanted to bring kids together to talk about issues of racial importance and racial inequality, both in Blair and Montgomery County, and in society as a whole," Shindel said. 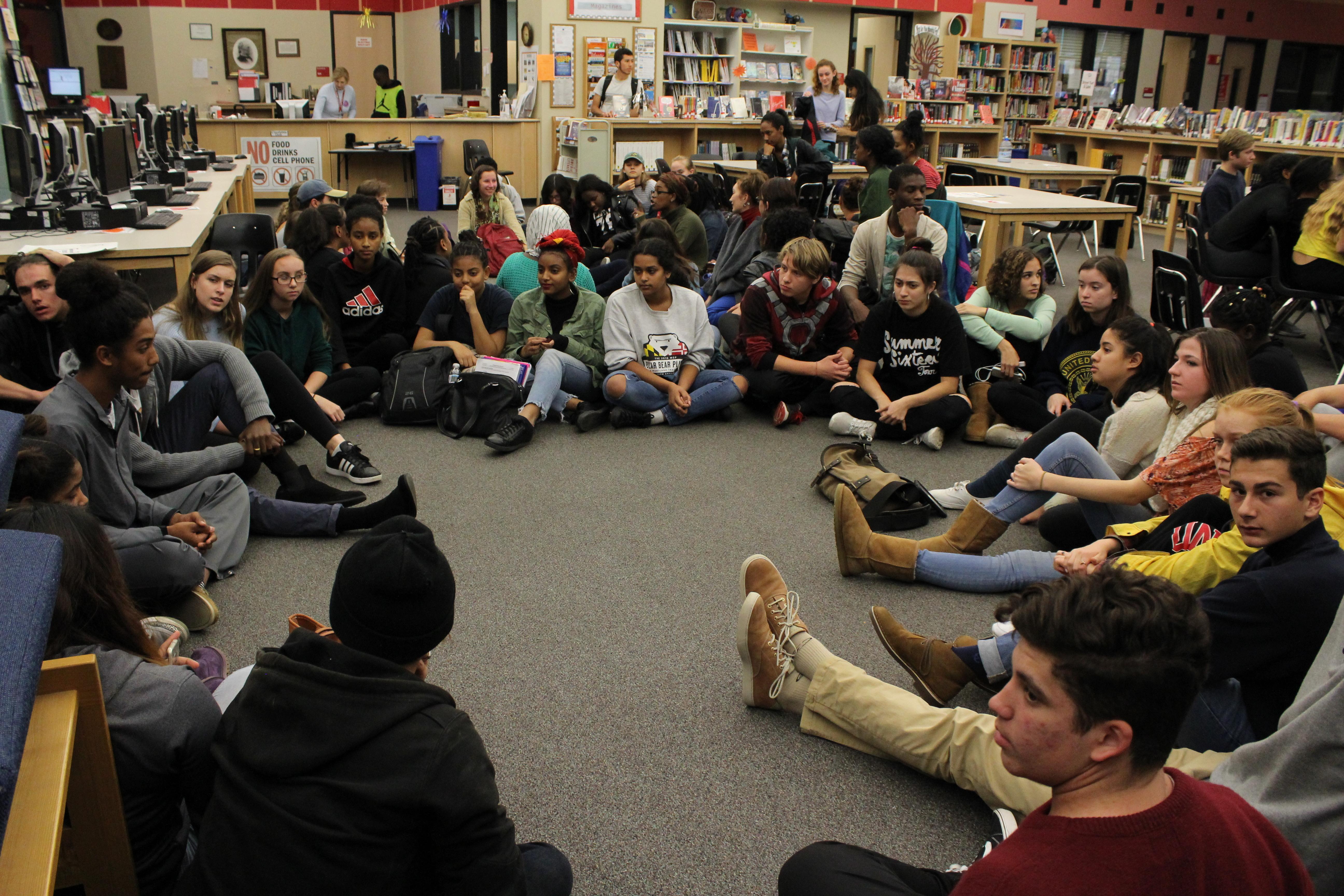 Photo: Students gather in the media center after school to participate in the dialogue.

Photo: Students gather in the media center after school to participate in the dialogue. Photo courtesy of Leah Phillips.

For much of the week, students broke up into small groups to talk about important issues regarding race, such as "who can say the N word" and "the school to prison pipeline." Maske and Bishop emphasized that this dialogue was a safe space for students to speak freely about what they believed. "Me and Iyanu both want to create a space where people can have frank conversations they might not otherwise be able to have and meet people they might not otherwise meet," Maske said.

On one of the days, Bishop invited 50 of the students to participate in a diversity workshop. Another day, there were two guest speakers: Elijah Wheeler, who works for My Brother's Keeper in Montgomery County and Councilman Mike Elrich. They spoke about their personal experiences with race and racism in America. Throughout the week, a number of the students present chose to stay past the end of 9th period to keep the discussion going and make plans for a student movement. 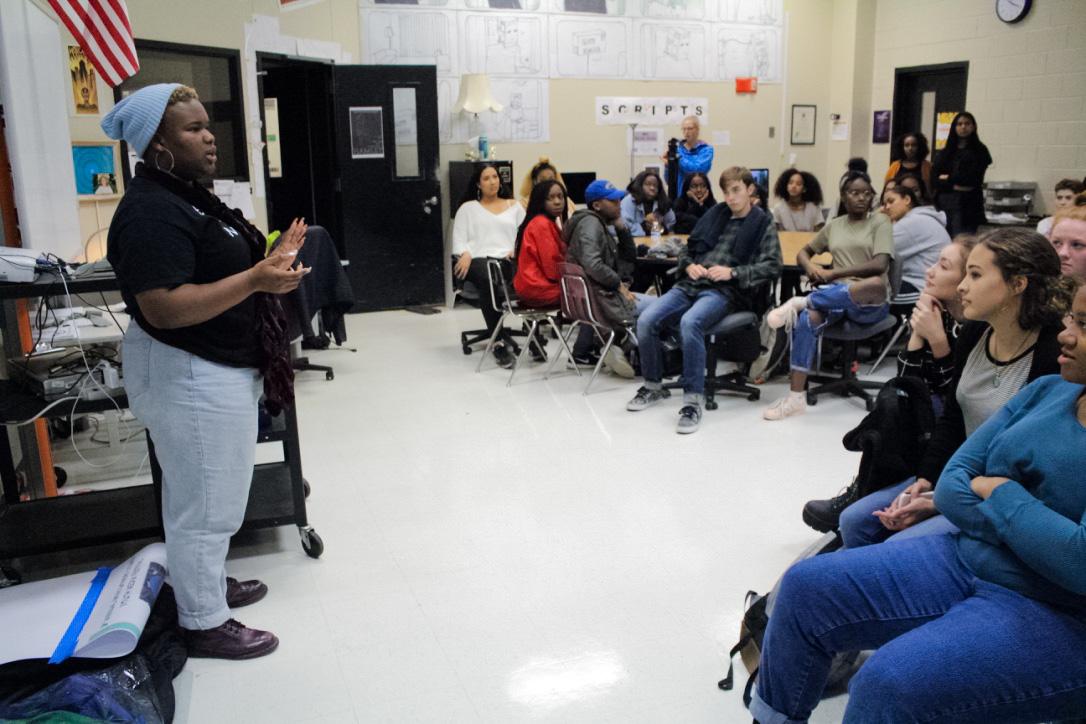 A large part of the daily discussions was devoted to planning more protests and organizing the community for a movement. Although not one of the original goals of the dialogue, its organizers felt it was necessary to include these discussions in light of the recent walk out at Blair. Shindel believed that enough people are engaged and motivated and ready to take action to create a sizable student movement. "There is a real amount of engagement and students who want to stay engaged and informed and active in what I think is going to turn into a solid student movement," he said. Different groups of students worked on the various aspects of organizing a movement. Some discussed the message of the movement, while others worked on community outreach and planning more events.

For more information about similar events and organizing the movement, contact Blair Interracial Dialogue on Facebook. The club also plans to have more weekly dialogues in the near future.