An assist to El Salvador

For many Salvadorans, soccer is much more than a hobby, it's a lifestyle. After a long day's work, it's customary to meet up with friends and family at la cancha , or the field. Unlike in the United States, most people stay on their community teams well into adulthood. And if people don't play, they certainly go to watch the games.

In Palo Grande, located on the Guazapa mountain northeast of San Salvador, the community does not have a soccer team. The rocky-hillside terrain of the town makes it almost impossible for the community to have a soccer field. They currently play on a field above La Biblioteca, the elementary school. Because the town is on a slant, uncontrolled balls roll onto the metal roof of the school, causing disruption in the classrooms. People who want to play on teams have to travel to neighboring communities and join their teams. 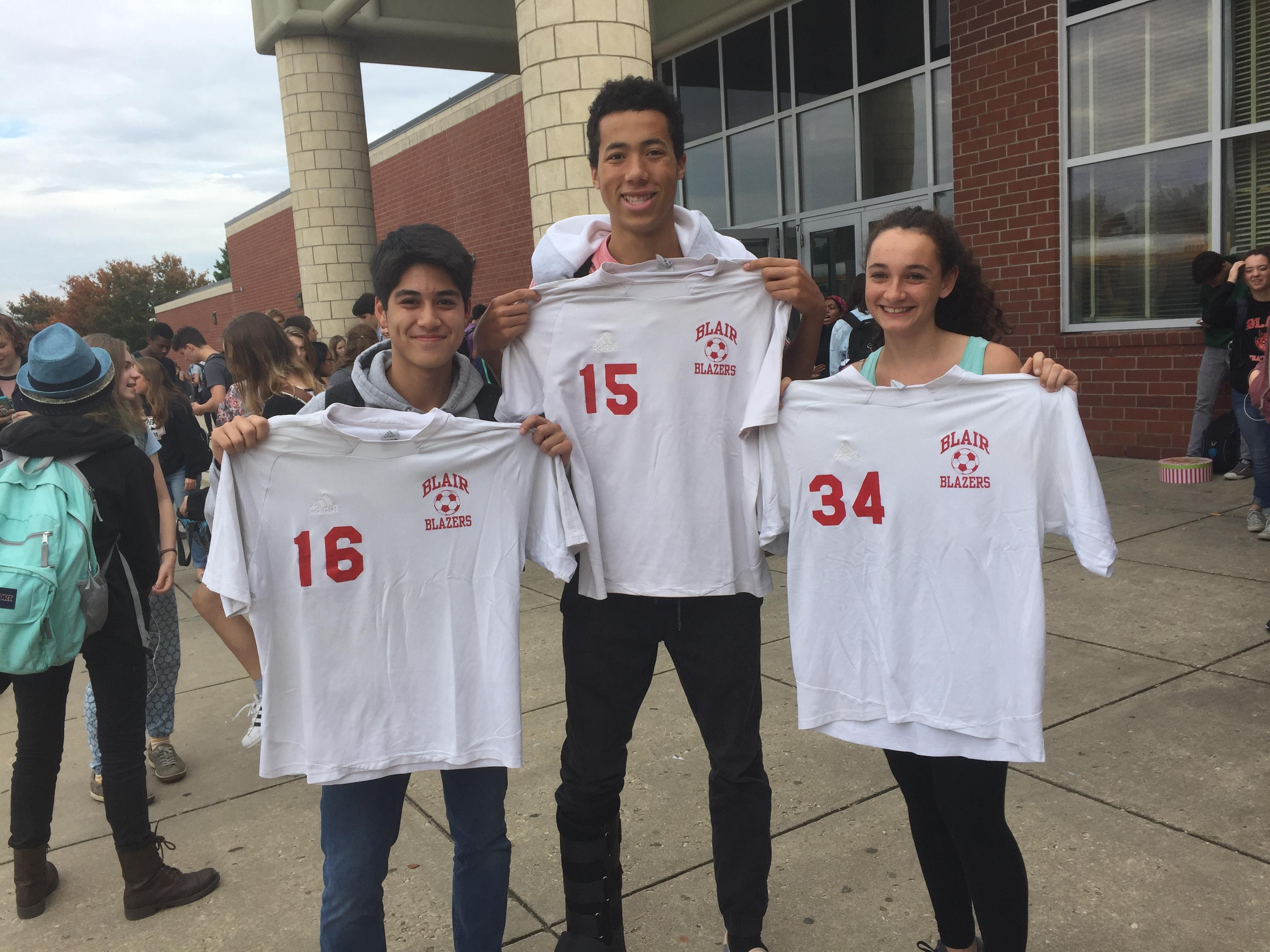 Photo: Feigen, McGhee, and Bloch hold up the jerseys they plan to send to Palo Grande, El Salvador for the new soccer teams.

Photo: Feigen, McGhee, and Bloch hold up the jerseys they plan to send to Palo Grande, El Salvador for the new soccer teams. Photo courtesy of Rebecca Wessel.

Having a community team is more than just a convenience; it builds a sense of pride among community members who go to watch and play in games. A viable soccer field to host other teams also provides a source of income for the community, because it attracts more people to the town. Without a field, communities must pay to use other fields, and they do not reap the benefits of having their own field to boost the economy.

McGhee and Bloch traveled to Palo Grande during the trip to get to know the community and assess the situation. They met with the adesco, the council in the community, and got to know the community members by playing soccer with them. Bloch and McGhee were able to see and experience the community's love for the sport. "When we played with them, you could tell that they love soccer. They all look forward to the games," Bloch explains. The conditions are not ideal, but show potential. "It was a pretty bad field, but it could be fixed," McGhee explains, "It's a beautiful location on a cliff," he adds. 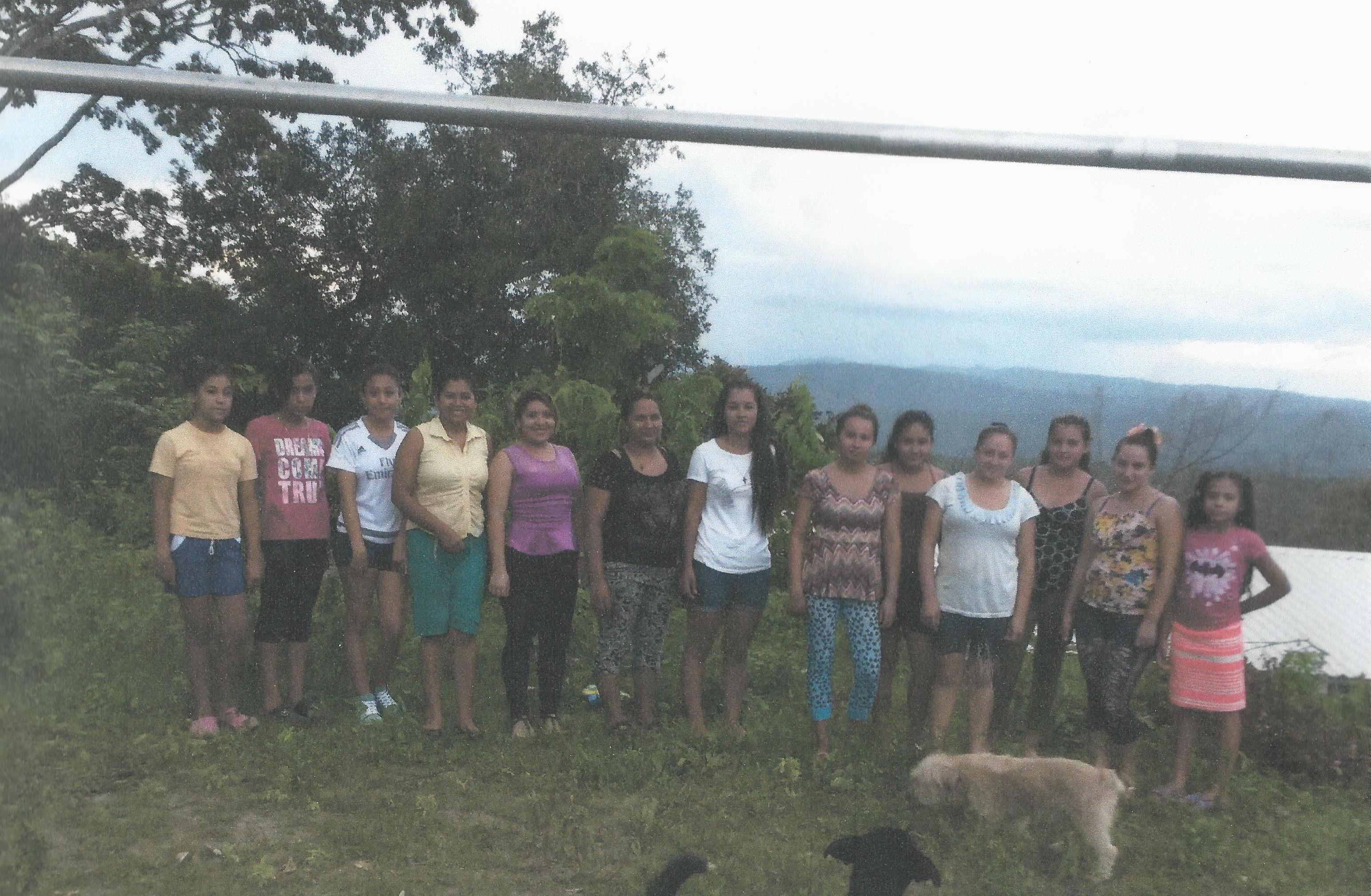 Initially Bloch and McGhee were skeptical of how devoted the community was to facilitate the creation of a team. "They were kind of disorganized. They didn't have numbers, we weren't really sure how committed they were to actually doing it," Bloch recalls.

However, after meeting with the delegates, the community had another meeting to discuss forming teams and maintaining the field. They had 43 community members attend, and created a proposal for building a fence to prevent balls from rolling onto the roof of the school.

Since returning from their summer trip, Bloch and McGhee have gathered old uniforms from Blair's soccer teams. The uniforms will travel with the IP directors on their next trip to El Salvador in January 2018.

The community members of Palo Grande have responded well to the level of commitment shown by the IP delegates and have finalized the rosters for mens', womens' and kids' teams. The community still has to wait on funds to build the fence and maintain the field. Bloch and McGhee plan to continue their fundraising efforts. McGhee, who plays for the Blair soccer team, fantasizes about becoming a sister team to Palo Grande's team and regrets not trying to form the partnership earlier. "I definitely just gotta ask Coach Hernandez, I feel like he would definitely do it!" McGhee exclaims. 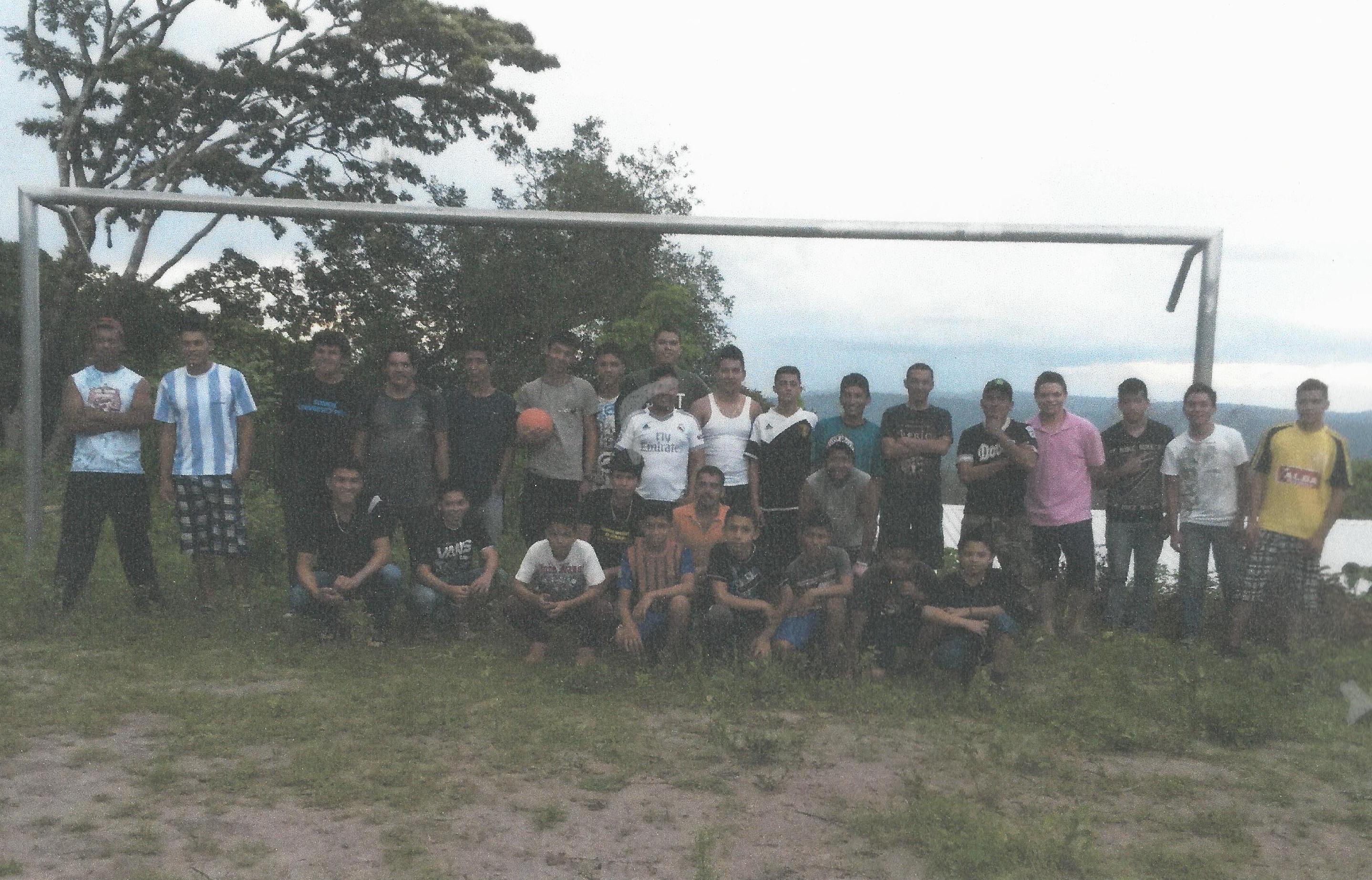 There is discussion among organization leaders of whether Palo Grande will be the location of IP's next summer delegation. Regardless, McGhee and Bloch hope to visit Palo Grande on their next delegation and continue their efforts to form a soccer team in the community. A project that may seem purely recreational can change a lot in a rural community. "It's a big issue for the community that they don't have a field that they can bring other teams to. It's part of life that every community has a field and a team," Bloch explains.