The Blair show choir has undergone numerous additions and improvements this year, thanks in part to the commitment of new Blair music teacher Isabel Hernandez-Cata. The show choir incorporates elements of traditional choral music as well as newer styles, and features complicated and involved dance numbers not included in the traditional chorus. 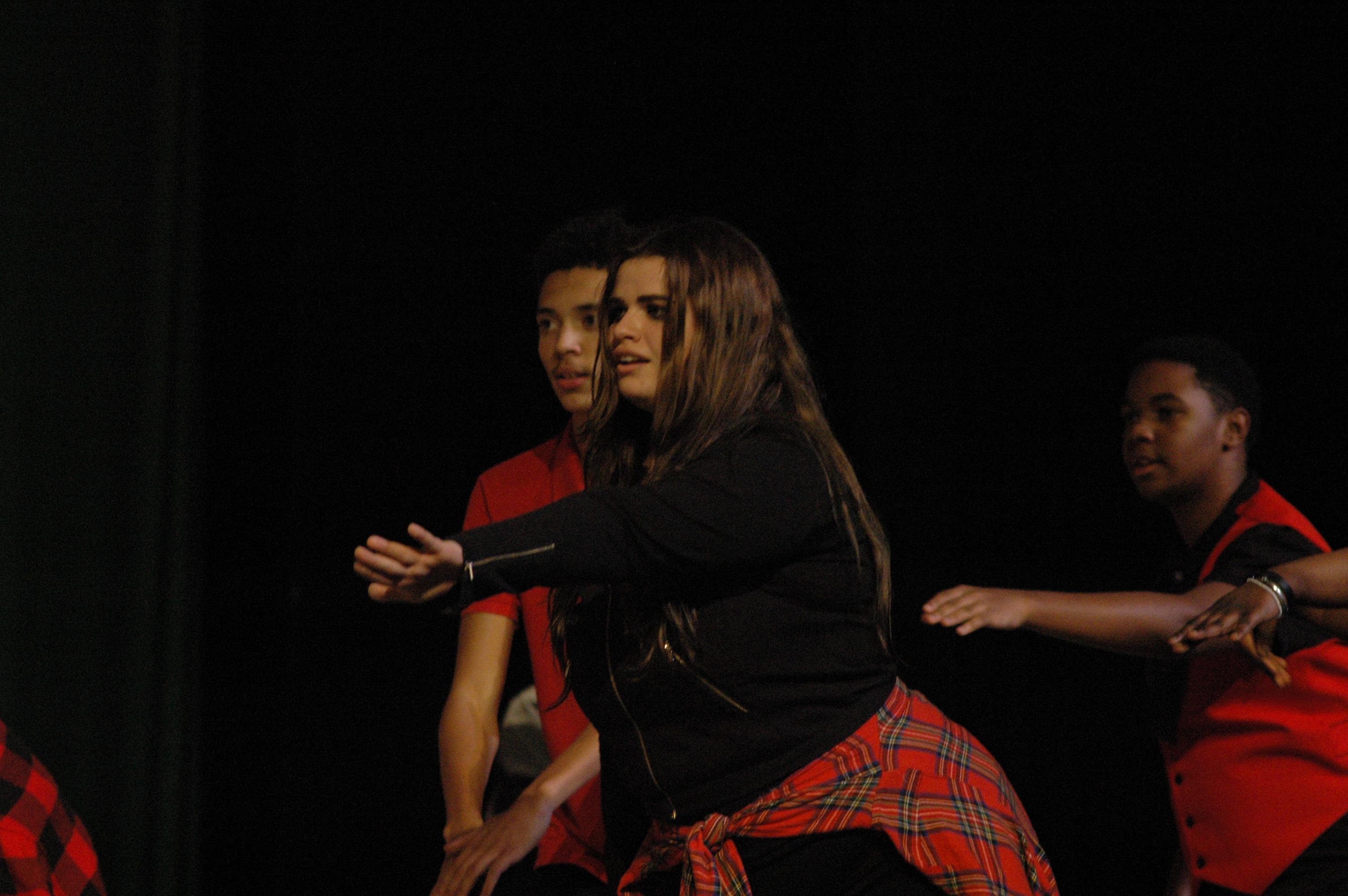 Photo: Senior Ryan Frey sings her solo for the choir's most recent performance.

Photo: Senior Ryan Frey sings her solo for the choir's most recent performance.

Blair has always offered show choir as a class, but until this year there has not been enough student involvement to separate it from the regular chorus. "In past years, about twenty kids have signed up for each the chorus and the show choir, which isn't enough for two classes, so we just had one choir with like fifty people," Hernandez-Cata said.

The biggest difference between the two choirs is the style of music they sing. The chorus focuses on more standard choral music, while the show choir incorporates a number of different contemporary styles like show music, pop, rock, and even country. The show choir also includes a dance number with each song they perform.

According to senior show choir member Ryan Frey, the show choir performs alongside the normal choir and enhances the visual appeal of the performance. "The choir will have a few featured dancers, and they're the people in the show choir. Everyone does a little bit of dancing, but the featured dancers are at the front of the stage doing more complicated numbers, and they really put in a lot of work outside of school to get everything just right," Frey explained.

While Hernandez-Cata helps out to make sure everything goes smoothly, the show choir is largely student-run. "The cool thing about show choir is that there are a lot of opportunities for student creativity and leadership. The students do pretty much all of the choreography and pick the songs out for themselves," Hernandez-Cata said.

The show choir has not yet gained its own class period, but it's making significant steps forward and is on trajectory to become a fully established entity during the 2016-17 school year. "This year is the first time that enough students have shown interest in the show choir, like meeting after school, choreographing, and practicing on their own time, so next year it will probably have its own class, separate from chorus," Hernandez-Cata explained. Now the students are registering for classes, the art department will see if this prediction holds true.

The show choir recently performed alongside the chorus on local television, and has already had fall and spring performances for the general public. The spring performance concert is coming up on May 18th during the Blair Fine Arts Festival, and the show choir would love the Blair community to come out and show its support for this up and coming feature of the fine arts program.