Blazers walk out for gun control

At 8:30 a.m., students gathered outside Blair's campus and began walking down Colesville Rd. towards the Silver Spring Metro to meet up with students from across the region at the Capitol building. 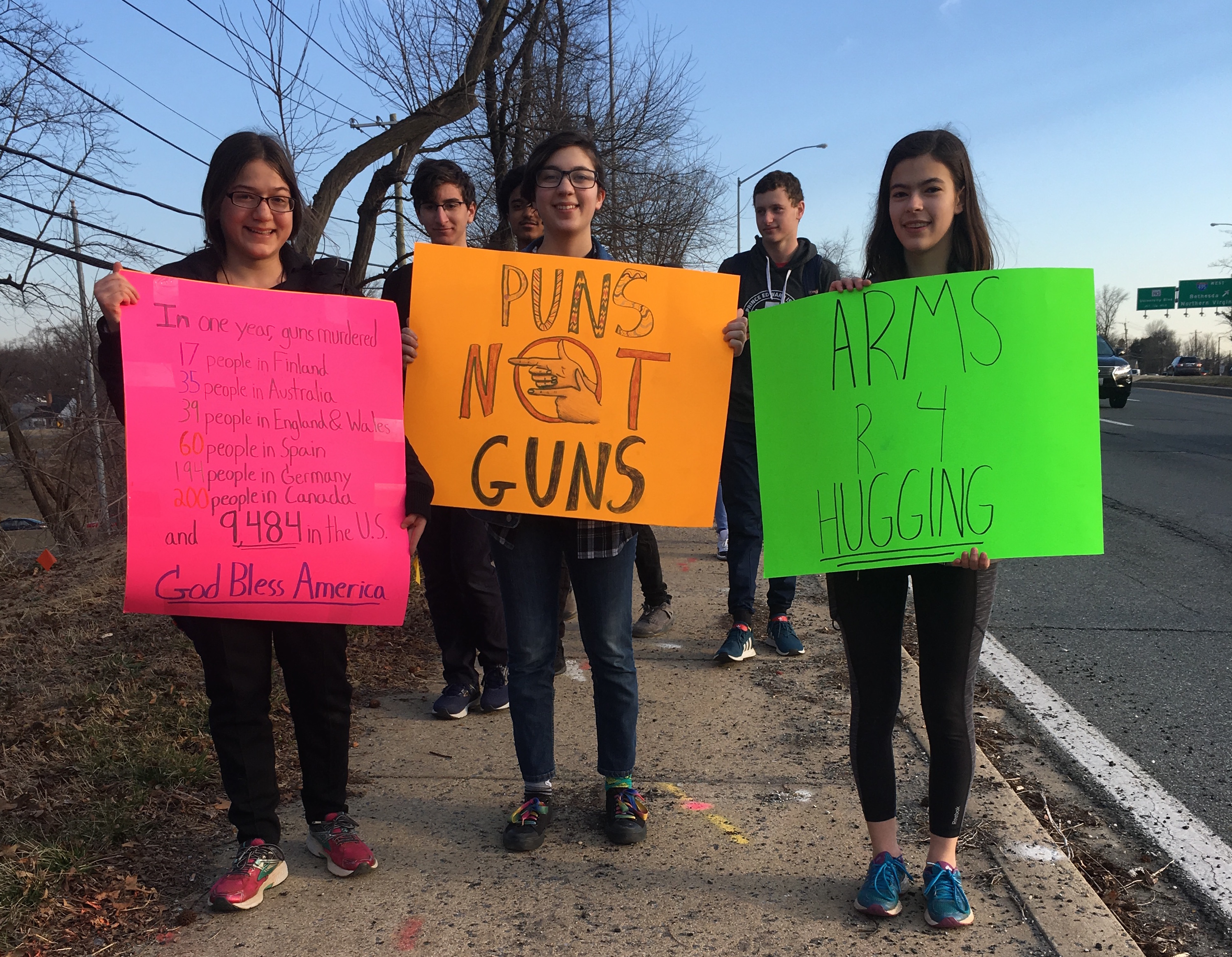 Photo: Blazers made creative posters to bring to the rally.

Photo: Blazers made creative posters to bring to the rally.

The protests was organized on the one-year anniversary of the March 14 walkout after the shooting at Marjory Stoneman Douglas High School in Parkland, Fla. "Last year we had our march in the aftermath of the Parkland shooting, and we hoped to make a change. There's been a lot more awareness to gun control. But obviously there's still been shootings and mass gun violence. This is rallying to bring more attention and this time bring more change," sophomore Ethan Phan said.

Many Blazers walked out to continue to spread awareness of gun violence, as well as to support new legislation concerning gun control. “I’m marching in support of the HR 8 bill because I believe it is a sensible and viable step towards regulating guns and, more importantly, saving lives,” senior Eli Busse said. The U.S. House of Representatives passed the bill on Feb. 27, 2019, but the Senate has yet to vote.

Phan stated that he believes the continued gun violence both nationally and abroad merits continued activism. "Gun control is an important topic in our nation, and gun violence is getting very out of hand, not only in our nation, but in countries around the world. Yesterday, there was a shooting in Brazil," he said.