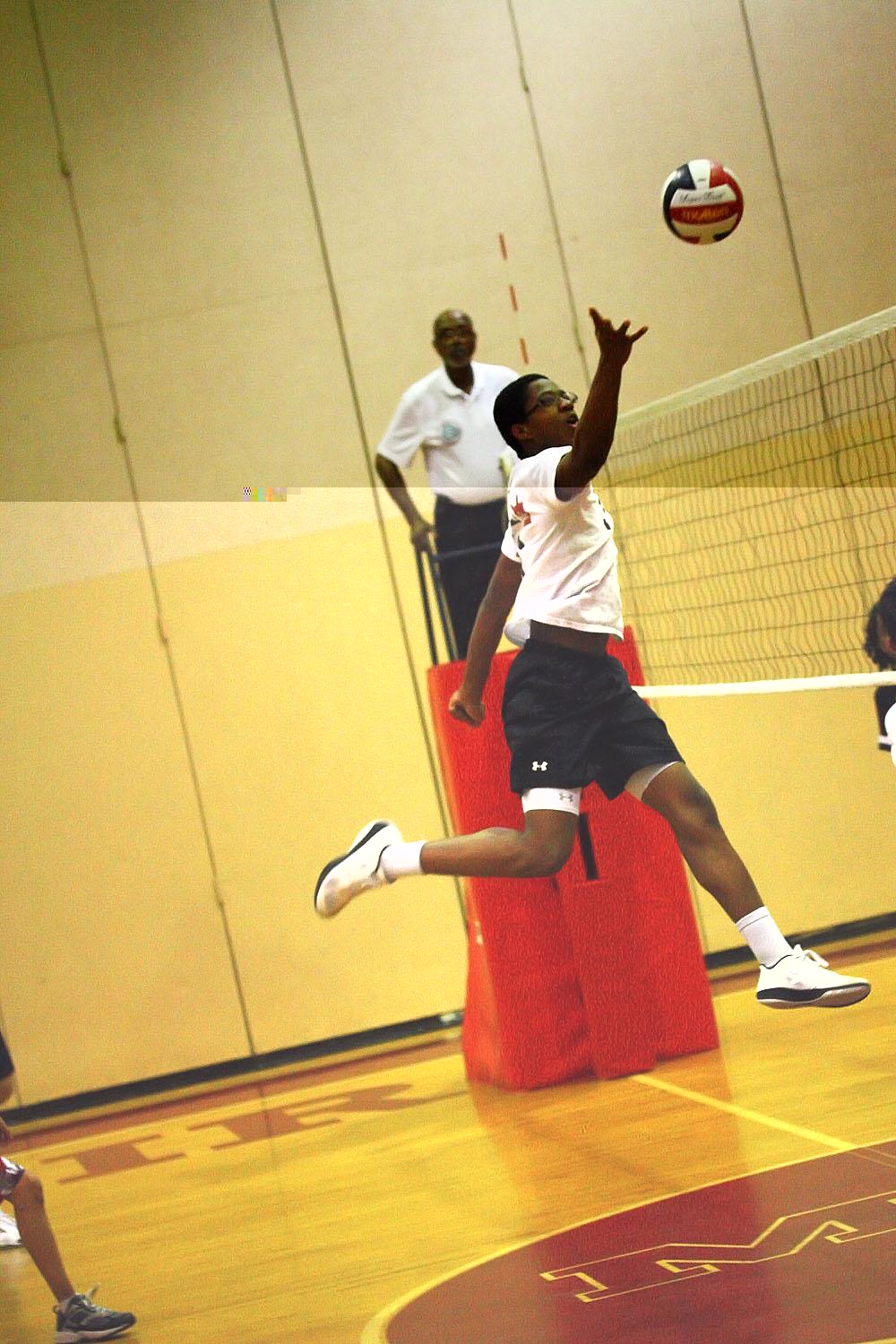 The boys' volleyball team (5-1) trailed the Wheaton Knights (3-3) by a score of 3-0 at the start of the first set on Friday night, foreshadowing a frustrating night for the Blazers. Plagued by numerous errors and a lack of consistency in their serves, the Blazers gave up several leads, which resulted in the close match. In the end, however, Blair defeated Wheaton by final scores of 25-18, 25-10 and 26-24 and captured its fifth consecutive win.

Blair struggled at the beginning of the first set due to difficulty adjusting to a last-minute switch in the lineup, according to Head Coach Chris Liang. "Since a few of our starters weren't there, our second string really stepped up," he said.

The game proved that missing half of their starters put the Blazers in an unfavorable position as they had trouble getting their offense going. A huge block by Wheaton's front line halfway into the first match brought the score to 13-11, slightly in Blair's favor. The score remained close until senior Andy Zhang sealed the first set with a pair of consecutive aces.

The second set showed signs of improvement from Blair. From the start, the Blazers went on the attack, stealing a quick 7-0 lead due to consistent serves by junior Jacky Chu and kills by Zhang and junior Ricci Huang. Although the Knights attempted to retaliate, failure to return four of Blair's serves contributed to the 25-10 blowout. 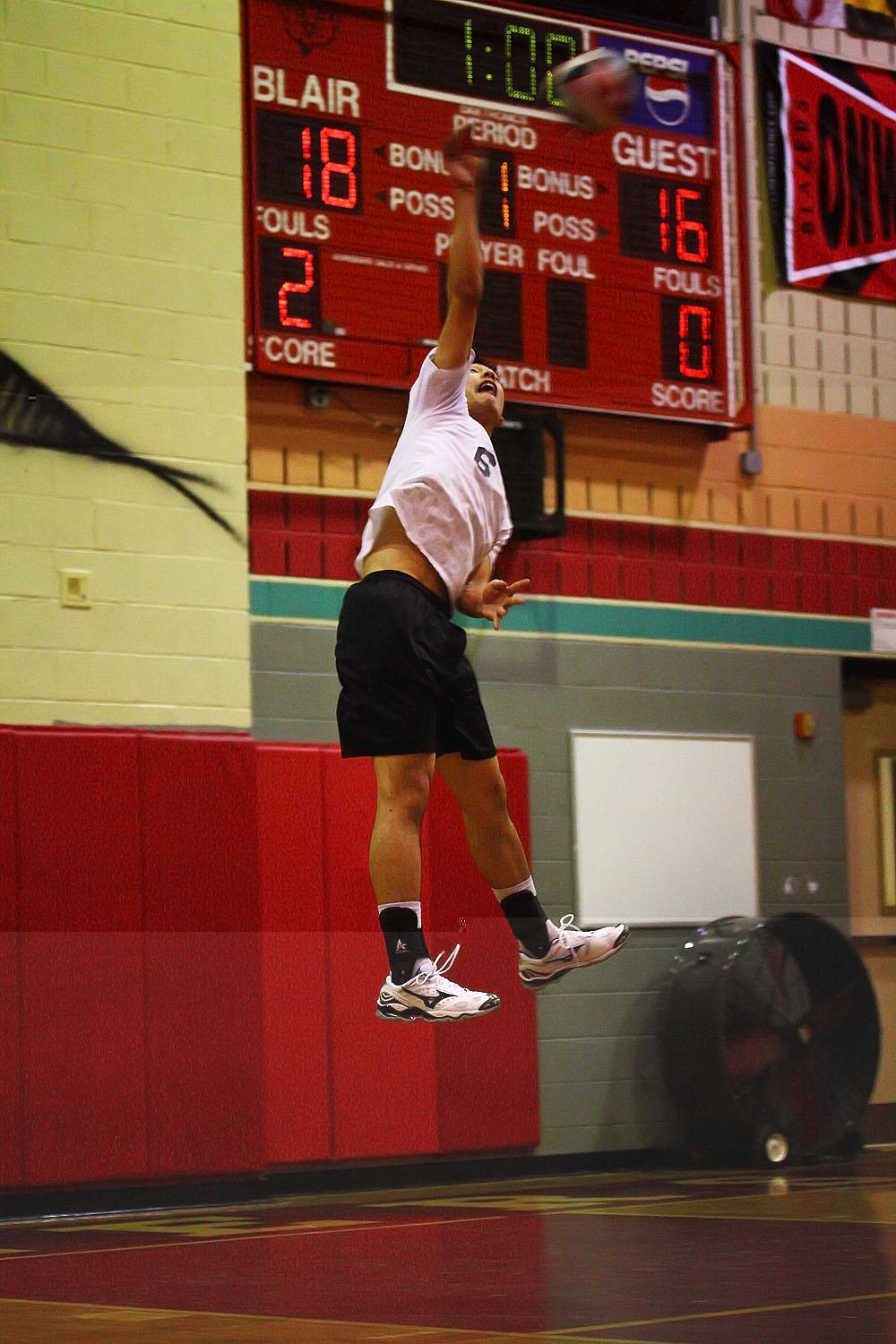 According to Chu, the Blazers were aware that Wheaton had decent hitters, but didn't let that faze them in the second set. "We were able to take the lead because we attacked their weaknesses and kept our serves not only tough, but in [bounds]," he said. "We then rode our momentum and continued our energy to keep the lead."

The two teams were in for a long haul, however, in the third set. Neither squad was unable to pull away as they traded points throughout. In the end, however, Blair rallied and secured the win with good passing and teamwork.

According to Wheaton head coach Alex Theoharis, the Knights couldn't get any offense going in comparison to the Blazers. Theoharis attributed his team's loss to Blair's "Number 6" specifically. "Andy Zhang – that kid is an animal ," he said.

Though the Blazers finished off the Knights in three sets, fundamental errors prevented them from securing the win earlier, according to Liang. "We have to improve on our serving," he said, "and I was also frustrated because we let our guard down."

Chu echoed his coach's sentiments. "We weren't very [focused]," he said. "At one point, seven of their 10 points were due to our own missed serves. We weren't able to execute as well, which led to free points for Wheaton."

Liang noted that the team must continue to improve to maintain its winning streak. "We need to have more energy and keep our momentum going if we want to win," he said.

The varsity boys' volleyball team will play its next home match against Poolesville at 7 p.m. on Friday, Apr. 20.