Blair's offense dominated and left no chances for Northwood to score

Boys varsity soccer (3-1-4) easily defeated Northwood (1-5) under a grey cloudy sky on Monday evening. Northwood's defense was strong, but not strong enough to hold back a determined Blair team. Blair's offense had control of the ball for the majority of the game and managed to secure a significant lead during the first half of play.

The offense, led by Sean Munroe and Pablo Murga, worked as a team to pressure Northwood's defense. Jordi Long controlled the midfield, using his speed to help push the ball forward when needed. "We moved the ball really well in the beginning and we kept the ball for most of the game," notes Long. 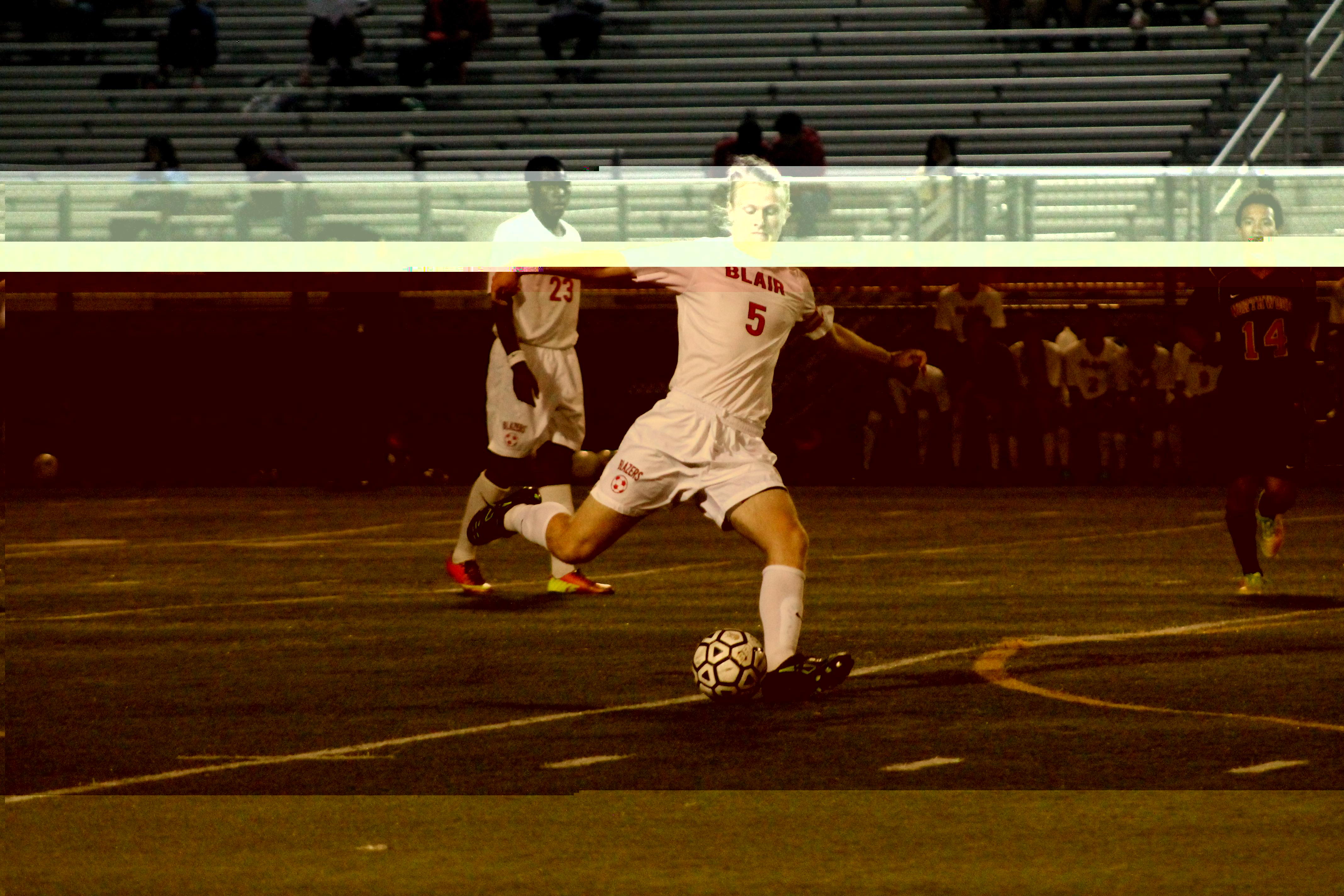 Photo: Ashe Durban clears the ball into the midfield

Photo: Ashe Durban clears the ball into the midfield

When Northwood's offense did take the ball, they were almost always met with a wall of Blair defenders that consistently shut them out. Goalie Luis Cruz had a well-played game, and with the help of Blair's defense, didn't allow Northwood to score for the entire first half.

Captain Rohan Oprisko made the first goal in the 16th minute of play, easily scoring off of a penalty kick. The team pushed on, full of strong offensive plays. One of many highlights of Blair's offense was when Max Scribner passed the ball to Murga who tapped it into the goal, but an offsides call rendered the goal invalid.

While they continued to play well, Blair didn't manage make another goal until four minutes before half time when Miguel Lopez scored from right front of Northwood's goal. Northwood picked up the aggression after Blair's second goal, but Blair was not intimidated and Lopez scored his second goal of the game three minutes later off a perfect assist from Long. With a 3-0 lead, Blair walked off the field at halftime with confidence and energy. 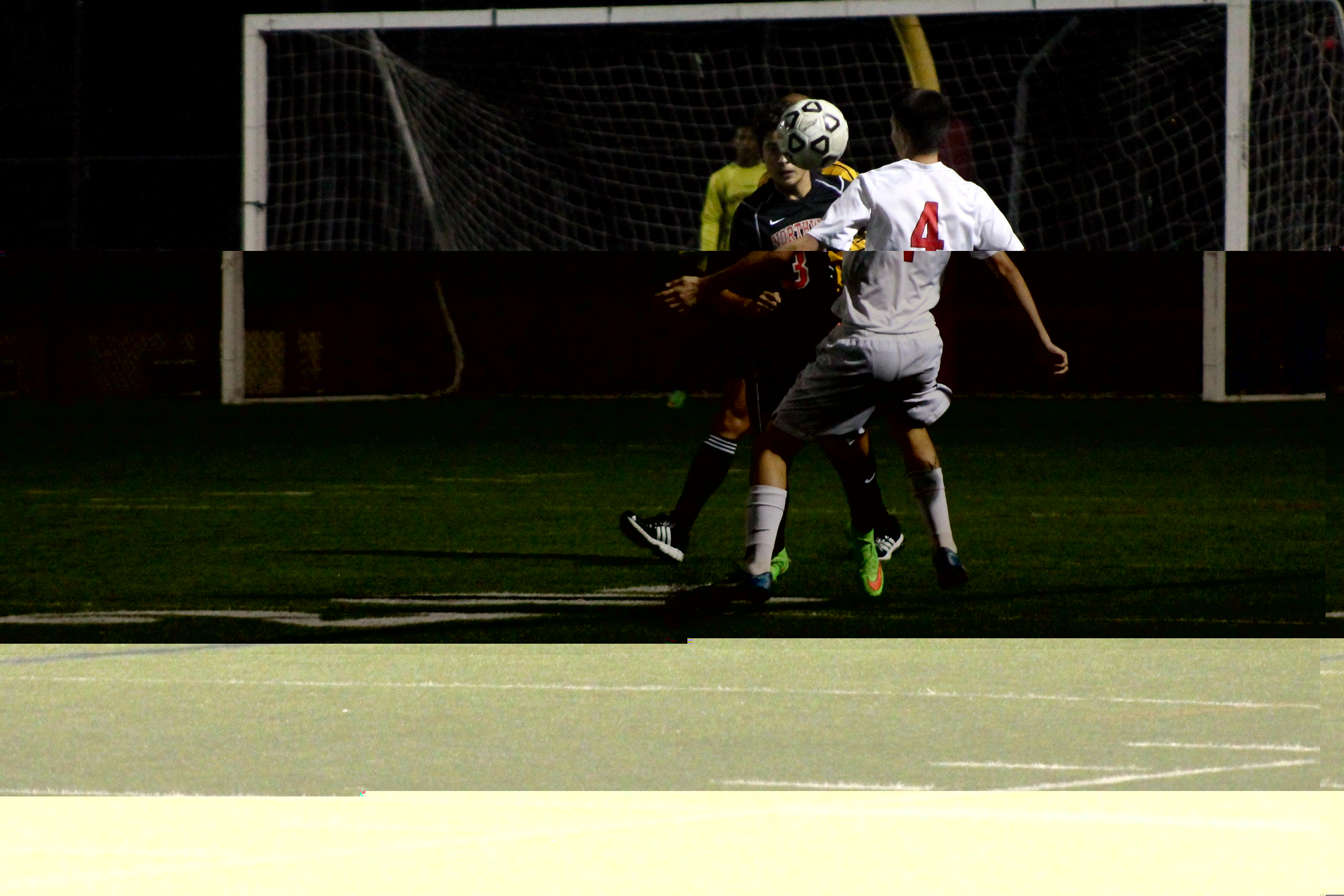 The second half didn't see as much action as the first, but Northwood did score early on off of a penalty kick. Jimmy McMillian was a strong player in the second half and scored a goal in the 46th minute of play. "What we have been doing before is subbing in and out a lot. Against better teams it doesn't always work because you really have to get into the flow but today it worked because we played Northwood," McMillian said.

In the end, Northwood couldn't stop Blair's teamwork on offense and Blair emerged with a decisive win. "I think it was a real team effort," said coach John Haigh.