The boys' varsity volleyball team (4-1) won its third home game against the Northwest Jaguars (0-3) with final scores of 25-11, 25-11 and 25-12. Despite struggling with their passing and losing focus, especially during the last two sets, the Blazers were able to completely destroy Northwest with their aggressive and clever playing. Since the Jaguars arrived to the court later than expected, prior to the game, junior co-captain, Ricci Huang was extremely confident going into the game. "We're all feeling confident because of the extra practice we get until they arrive, plus they're not the best of teams so we're definitely aiming for a clean win," he said. 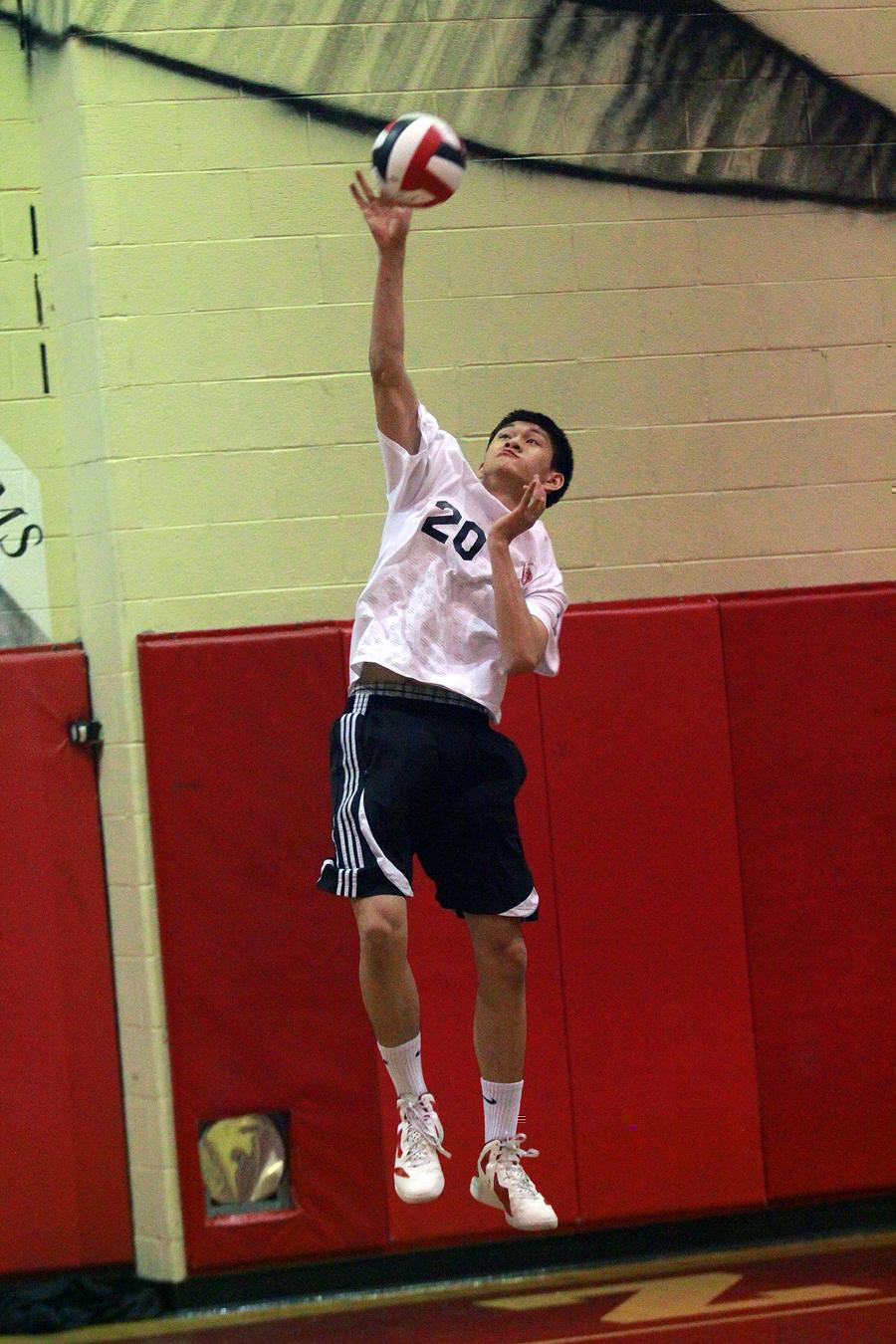 Blair quickly took control of the match by immediately gaining an 8-0 lead. With a mixture of aces from Huang as well as aggressive playing from the Blazers, Blair set the tone for a solid win. Although the Blazers lost focus and gave up three points in a row towards the end of the set, impeccable service allowed them to close out the first set with a dominating score of 25-11. Senior co-captain Andy Zhang was instrumental to the Blazer victory, leading the team with 16 kills.

The Blazers proved to be just as dominant in the second set, instantaneously pulling ahead by a score of 11-3 thanks to successful kills from both Zhang and senior Austin Liou. Although the Blazers were on top of their game, excessive mistakes by the Jaguars helped them pull ahead 18-6. The Jaguars attempted to put up a fight, but they were unable to match the skill and aggression that Blair put forth.

Huang started off the third set with another run of consistent serves which allwed the Blazers to pull ahead 7-2. The Blazers played a strategic game, alternating between tipping and killing the ball, thoroughly catching the Jaguars off guard and taking a 16-9 lead. The Blazers managed to close out strong with a final score of 25-12, thanks to outstanding service from Huang and junior co-captain William Cai. 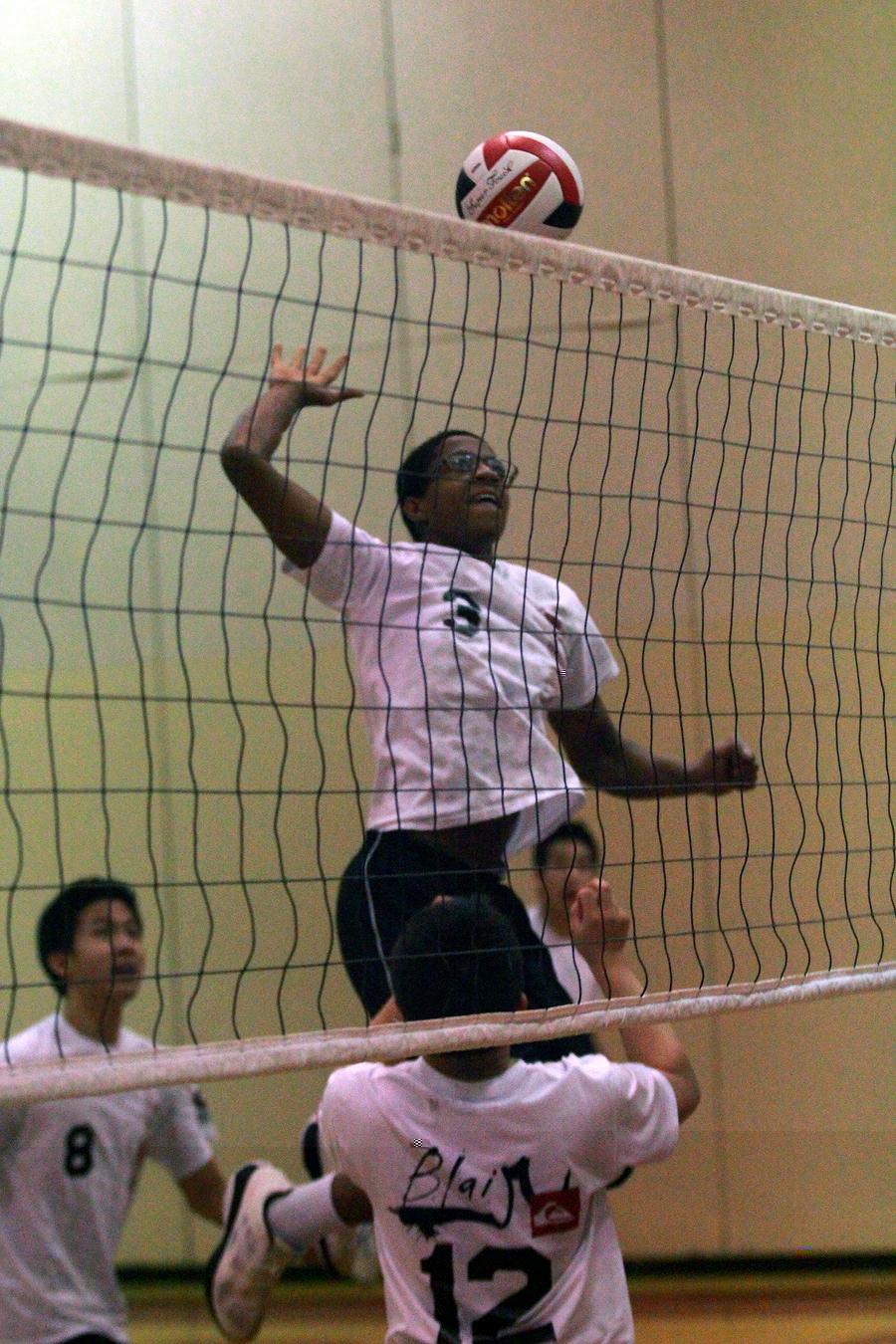 Photo: Senior Rick Narcisse spikes the ball to win a point in the second set.

Photo: Senior Rick Narcisse spikes the ball to win a point in the second set.

Zhang was extremely pleased with today's game, especially the teams' service. "We played solidly and our serving was really good. We wanted a serving game, and so that was a definite plus to the game," he said.

Although pleased with their service and passing, Huang was disappointed in the team's setting. "Our setting and hitting was kind of shaky, but we worked together and pulled through for the win," he said.

Since the Blazers are halfway through the season, Zhang is really pleased with the improvement that the team has shown. "We've all improved a lot, for example Rick [Narcisse] can hit a lot more shots in the middle and everyone is serving a lot better," he said.

Head coach Chris Liang was impressed with the way the team played as well. "We executed exactly what we did in practice, which was serving. We needed to serve tougher and that's exactly what I saw on the court today," he said. However, Liang still isn't impressed by the loss of focus the team has towards the ends of their sets. "We always lose focus and we goof around which causes us to lose unnecessary points."

Looking forward to the Blazers upcoming home game against Wheaton, Zhang is confident that the Blazers can win. "In the past Wheaton hasn't been as strong and we've been able to beat them pretty easily. We're not underestimating them but we're pretty ready," he said.

The boys' varsity volleyball team will play its next home game on Friday, April 13 against Wheaton at 5:15 p.m.