Here at Blair, there are three things that are guaranteed to bring out your school spirit. Athletic events and pep rallies are the obvious ones, but the last is something that you might not think about as a bastion of pride in your community: the spring musical. Yet again, Blair theater has brought together an incredibly talented cast, exquisite costuming, authentic music and a well-designed set to their performance of this year's spring musical, "Fiddler on the Roof."

Director Kelly O'Connor didn't put any new thematic spin on this show; instead, the classic musical about tradition, love and family is delivered in its original entirety. "Fiddler on the Roof" is an exacting play, centered around the conflict between long-time tradition in Anatevka, a small Jewish village, and the perilous times and shifting values around it. The focal point of the play is the story of a poor milkman Reb Tevye (Noah Friedlander/Ari Goldbloom-Helzner), whose household is thrown into turmoil when three of his five daughters, Tzeitel (Lucy Glenshaw/Abby Rowland), Hodel (Kayla Williams/Karuna Nandkumar) and Chava (Ravyn Malatesta/Patty Pablo), find love via methods that cross traditional Jewish values. Both Friedlander and Goldbloom-Helzner put on stellar performances displaying the complexity of the moral issues that confront the character. Though Teyve's wife Golde (Samantha Chyatte/Iyanu Bishop) follows the expectations placed upon Jewish women of the time, she is an outspoken and matriarchal character who has multiple stand-out singing moments. Adept performances from the entire cast help make "Fiddler on the Roof" one of Blair's most intricate and convincing performances yet.

As in all musicals, the songs are a critical element of "Fiddler on the Roof." Every song is well-known, classic and catchy, and the cast members execute each one solidly. The performance is further heightened by the pit orchestra made up of Blair students, whose live music complements each scene and song by adding mood and energy.

Not only is the singing remarkable, but the accompanying dancing is as well. The choreography by O'Connor, Malatesta and Jamila Moses is surprising yet fitting. Russian officer Fyedka's (Jack Russ/Emmett Adler) high kicks and Russian-style dancing got a round of applause from the audience, as did a dance that involved precariously balancing bottles on the heads of Russian officials (Katie Faust-Little, Lela Gaye, Mekailah Jackson and Erin Obaonrin). 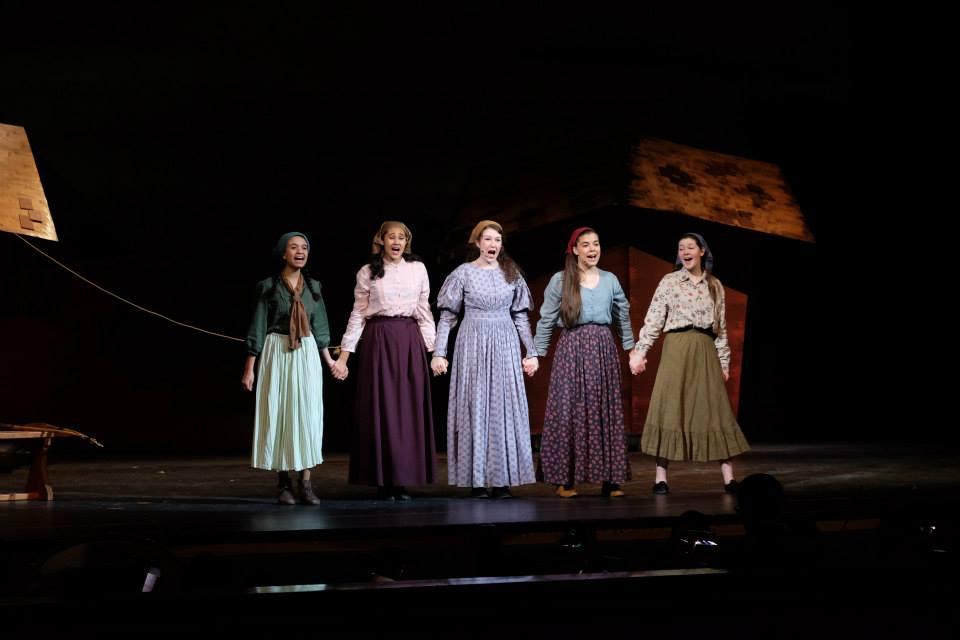 Photo: Tevye's daughters sing about their future husbands in "Matchmaker."

Photo: Tevye's daughters sing about their future husbands in "Matchmaker."

The set, which was designed by junior Dio Cramer, is stark but fascinating. It is comprised of two small houses, both of which turn to reveal simple rooms inside. The lines of the buildings and the background are off-kilter and haphazard, giving the set interesting and eye-catching features. The props never exceed the bare minimum needed for the scenes, which helps to keep the focus on the characters, as well as to serve as a reminder of their poverty. The costumes are also true to the time and the circumstances of the characters; the dresses, skirts, aprons, boots, jackets and caps are all convincing and well-made.

Blair theater keeps their performance of "Fiddler on the Roof" refreshingly simple, which is just the right approach to take on a musical that's already chock-full of jokes, heartwarming sentiments and complex themes. The cast and crew deliver all of these elements remarkably well, and the show is well worth the ride.