High energy and quick thinking lead to a 14-6 victory

The ladies' varsity lacrosse team (3-6) secured a solid victory over the Magruder Colonels (1-6), 14-6, resulting in a triumphant senior night. In honor of the occasion, head coach Michael Horne put all of the seniors on the field as starters. But it was the group's smooth plays, smart passing and strong unity that contributed to the night's success. 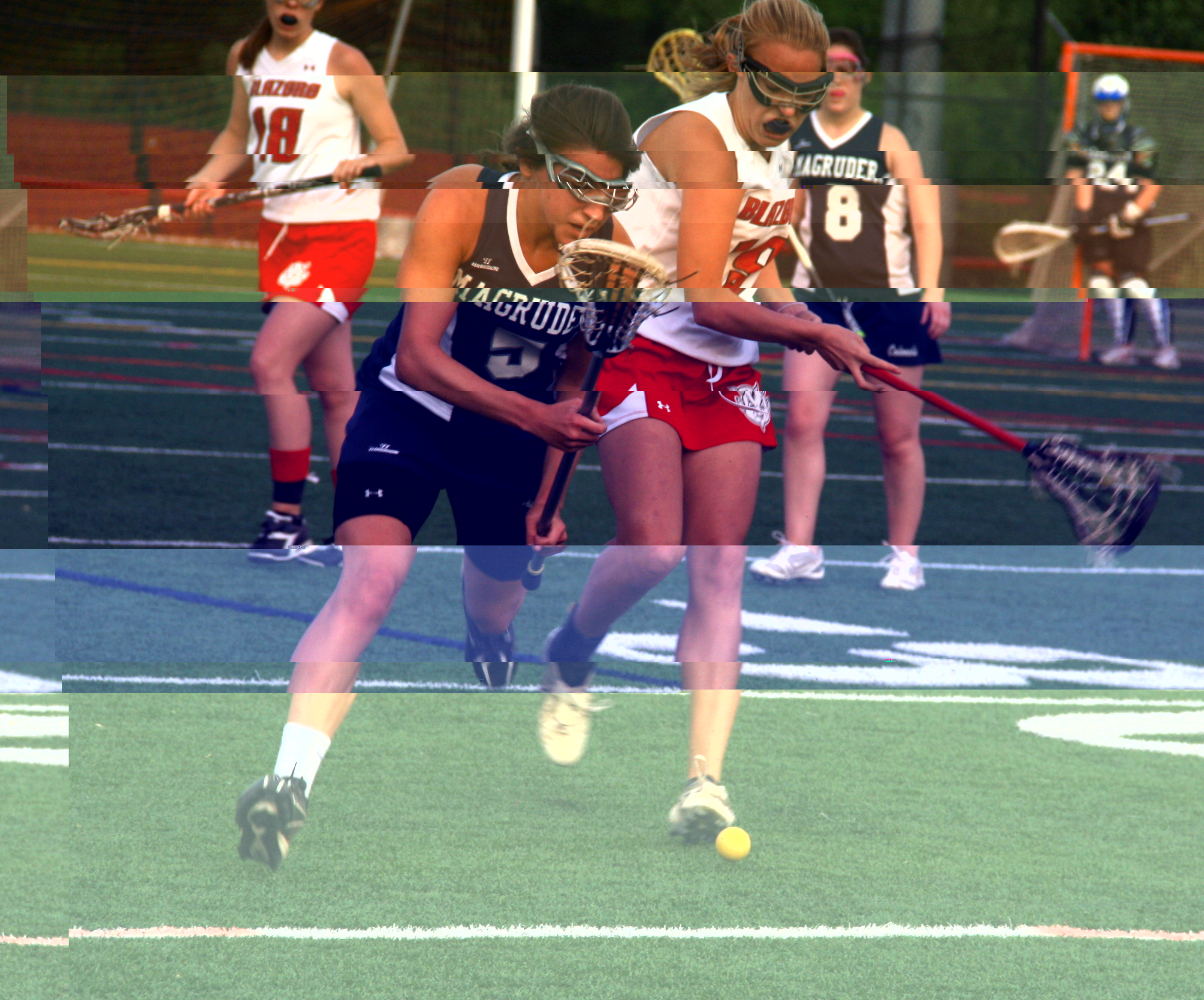 The game started off promisingly, with senior attack Lyla Shapiro scoring the first goal within one minute of the opening whistle and the Lady Blazers gaining possession after the first three draws. In addition to the strong offense, the defense was able to deflect many plays near the goal, which enabled the team to take the ball down the field and put pressure on the Colonels. The girls consistently lead the scoreboard and were up 8-3 at the half.

The second half brought more success to the Blazers, but it also acted as an opportunity to give all of the seniors a chance to shine. With four minutes left in the game, junior goalkeeper Molly Flannagan took senior Laura Gagliardo's place in the net so that Gagliardo could play on the field. The other girls then worked to feed her the ball. Taking Gagliardo out of the goal was the highlight of the game for senior captain Tessa Mork. "I thought it was very exciting," she said.

Mork believed that the team's high energy, fueled partly by the game's large turnout, contributed to the win. "It was great, we came out really intensely and played with a lot of intensity," she said.

The team was consistently aided by their keen ability to make smart plays. One of these plays came with eight minutes left in the first half. The Lady Blazers intercepted the ball and sent it to Shapiro, who took it down the field and passed to Mork, who bounced it in for a goal.

Shapiro also made a noteworthy assist earlier in the game to senior attack Maia Barnes. According to Shapiro she has always enjoyed these successful assists up field and looks forward to carrying out such plays. "I love doing that with Tessa and Maia," she said. Barnes was especially satisfied with the match because it offset a less-than-stellar record. "We haven't had the best of seasons, so it was really nice winning," she said. 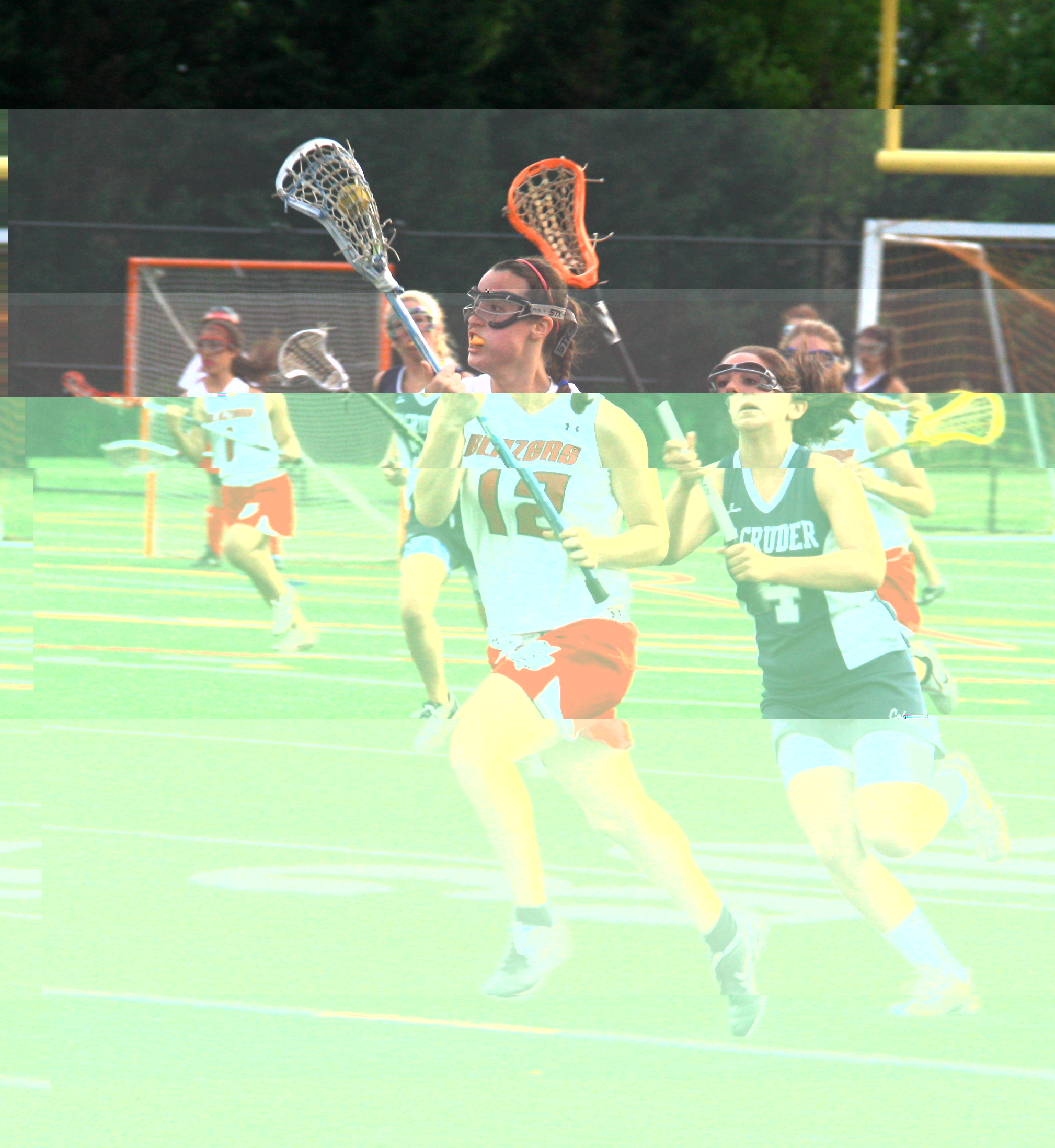 The group's win not only showed its potential to go through a bumpy season and come out strong, but also showed great support for the seniors, according to Horne. "I think the seniors really stepped up, and the team stepped up to make sure it was a good team effort," Horne said. "The seniors wanted to win and the underclassmen wanted them to win."

Barnes agreed that a major component to the night's victory was the fact that the team was able to work together. "It wasn't a lot of passing to one person and having them score," she said.

Despite the Blazers' strong overall performance, one aspect of the game that seemed to slip through their control was Magruder's talented attack Nadia Salameh, who scored five out of their six goals. The Colonels also had a number of quick players outrun the Blazers, but Blair's strong defensive line effectively prevented them from scoring.

Before the squad's last game of the season on Saturday they will face two other teams on the days leading up to the match, but Horne is sure that the girls will be able to pull through it. "It's a tall order," Horne said. "But success breeds success, as the saying goes."

The varsity girls' lacrosse team will play their final home game on Saturday, May 7 against Damascus at 2:30 p.m.