Sean John Combs, also known by his stage name P. Diddy, is one of America's richest and most famous hip-hop and rap artists. His net worth is said to approach nearly $550 million. Diddy's 18-year-old son, Justin Combs, will attend University of California, Los Angeles campus (UCLA) next year on a $54,000 scholarship, one of the 285 athletic scholarships that the university hands out every year.

Combs was awarded the scholarship after an impressive season as cornerback at Iona Prep school in New York. But the award was criticized by some who argued that his father's fortune meant that he did not need the scholarship. It was suggested that by accepting the award, the young Combs who drives a $360,000 Mercedes Maybach, was taking it away from other more deserving players. 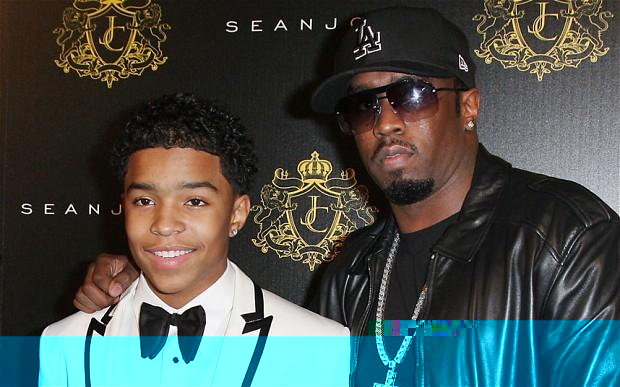 P Diddy and his son

Combs is a football player and he earned a scholarship. Lots of parents of scholarship football players can afford the tuition. In terms of publicity, it was a good play for the Bruins. Combs is smart and is considered to be a legitimate recruit. He is ranked as a two-star cornerback, No. 133 nationally at his position, by Scout.com. When it comes to recruiting and bringing a spotlight to UCLA football, it's definitely an advantage to have Diddy's son there. USC has Snoop Dogg's son. Now UCLA has Justin Combs. So of course it was a smart move for UCLA, and the scholarship has already paid for itself in publicity just by the hullaballoo that came from the offer.

Justin Combs shouldn't be blamed for taking advantage of the scholarship offer. He got the offer to play for UCLA from head coach Jim Mora Jr. and decided to end the recruiting process and commit. Each and every kid that was also offered the opportunity to play for the Bruins - wealthy and poor alike – had the chance to commit to the program just like Combs. He should not have to apologize for having a wealthy father. His accomplishments on the football field should have nothing to do with his parentage. Combs isn't the first and he certainly won't be the last child of wealthy parents that receives a scholarship opportunity.

Rich son of a famous father or not, Justin Combs apparently has the talent to be a division one athlete and so instead of griping, we should congratulate him and look forward to some excellent football from UCLA.