On Sept. 13, Blair's new biology club had its first meeting in hopes to encourage students' interest in the subject and buffer performance on the USA Biology Olympiad (USABO). Meetings are held every other Thursday at 3:00 p.m. in room 373. The club is sponsored by Angelique Bosse, who has taught a variety of biology courses at Blair including: Introduction to Biochemistry, Cell Physiology and Genetics. The club's lectures and labs, however, will be led by co-presidents and seniors Daniel Chen and Diwakaran Ilangovan. 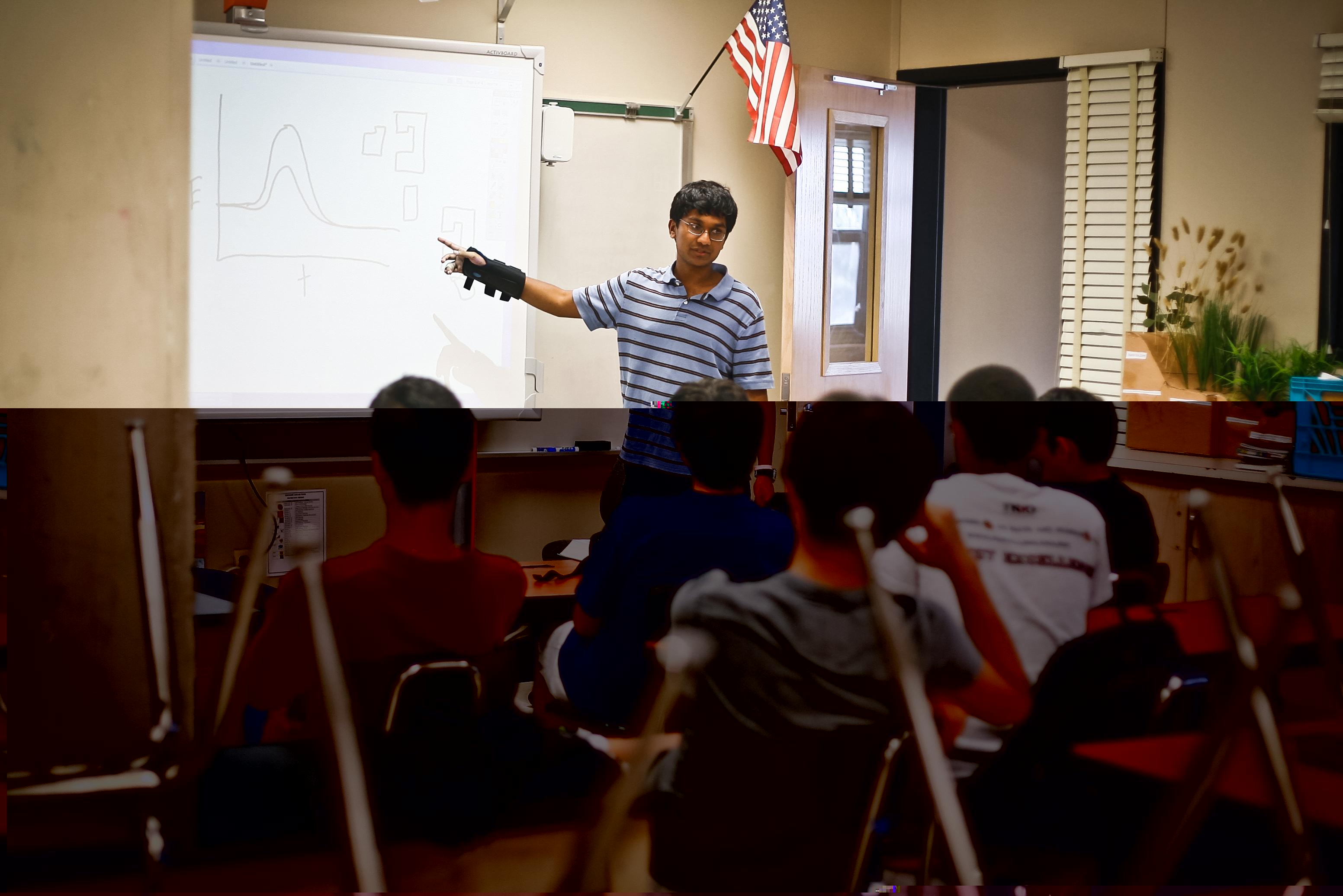 Despite Blair's numerous biology electives, several of which are not offered at most other high schools, there has never been a biology club. Chen said that the other sciences, such as physics and computer science, already have well-established teams, and he hoped that the creation of this club will bolster Blair's biology department. "We want to raise the prestige of Blair's bio program," Chen said.

Biology club will focus primarily on preparing its members for the USABO open round, which can be administered to any high school student in the U.S. in February. The captains of the club want to have all the members pass the first round of the examination, which means being roughly top ten percent of all test takers. For the first round, 50 minutes is allotted to take a 50-question multiple-choice exam. The second round is a 120-minute exam and includes both multiple choice and free response questions. The top 20 students from this round are then selected to receive intensive 10-day training for the International Biology Olympiad (IBO). Four years ago, Blair graduate Jonathan Gootenberg was selected for the IBO and traveled to India to take part in the international competition.

According to Ilangovan, USABO adds a competitive edge to the club, as the number of students who qualify for the second round of the exam can be a reflection of how well the school's biology program has prepared its students. "[Thomas Jefferson High School for Science and Technology] routinely beats us on the USABO." Ilangovan explained.

Last year, only four Blazers, including Chen and Ilangovan, advanced on to the second round of testing. This year, with the additional preparation, the two hope for even more students to advance to the next round. "We predict we'll do a lot better," Ilangovan said.

At each meeting, Chen and Ilangovan will present a new lecture and organize several lab activities, different from the traditional labs done in school biology classes. The club will cover most of the topics that will appear on the USABO, from ecology and cell biology to plant and animal physiology.

Twenty-two students signed up during the activity fair and several other have expressed their interest in joining the club. Most members are upperclassmen who have already taken biology courses in school. Even though the club will only meet for an hour every two weeks, the co-presidents hoped that additional biology instruction will inspire students to learn more about biology and motivate them to perform better on the national biology exam. "I know we can, we just need to put the work into it," Ilangovan said.

For more information or if you would like to join the club, contact Chen or Ilangovan at mbhsbio@gmail.com. The next meeting is scheduled for Thursday, Oct. 4.