The best of the 2013 promposals

With prom less than a week away, the dramatic asking season has officially come to a close. Prom proposals, affectionately dubbed promposals, no longer consist of a simple "Will you go to prom with me?” Instead the big ask has turned into an elaborate event complete with music, flowers and giant crowds. For those who weren't one of the onlookers clogging up Blair Boulevard and haven't had a chance to relive the events via Facebook or Instagram, here are some of the best promposals Blair had to offer.

Photo:
Senior Sabine Lipten's promposal to junior Leila Bartholet featuring an inflatable sea creature and a rose, was one of the most subtly creative asks of the year. Her poster that read "Leila, whale you go to prom with me?” was witty enough to garner some laughs, in addition to a "yes.”

Most creative use of a prop

Photo:
No one can resist the charm of babies. Using this to his advantage, senior Frederick Nguy asked junior Jinvara Sihakhoon to prom using her infant baby brothers as bait. Dressing the babies in custom baby tees, one saying "Jin?” and the other saying "Prom?” Nguy was both creative and resourceful in his ask.

Team work really does make the dream work. When it came time to ask his girlfriend senior Ellie Musgrave to prom, varsity baseball co-captain Lowell Ensel enlisted the whole team to join him in singing Marvin Gaye's "Ain't No Mountain High Enough” in the middle of class.

Senior Justin Kung took the pyromaniac approach to asking fellow senior Angela Wu to prom. Dousing paper towels in gasoline in his driveway, Kung spelled out "PROM?” to blaze his path to a prom date. And the burning question on your mind? She said yes.

If you weren't in on the proposal before it took place, senior Adonis Andrade pulled the wool over your eyes when he asked junior Daniela Velasquez. Dressed in the Blazer mascot suit and standing to the side of the SAC stage, Andrade made it seem as though it was senior Patrice Ongoly asking Velasquez to prom. The whole cafeteria was surprised to see that it was really Andrade under the Blazer outfit, all dressed up and ready to ask Velasquez.

After sending senior Elizabeth Billings on a scavenger hunt to pick up clues, senior Thien Nguyendo gave her one final hint: the last event would be a deja vu of a recent field trip the two took. As an ode to a Youth and Government excursion, Nguyendo proposed a bill in Billings' ninth period class to take a vote on whether the two should attend prom together. 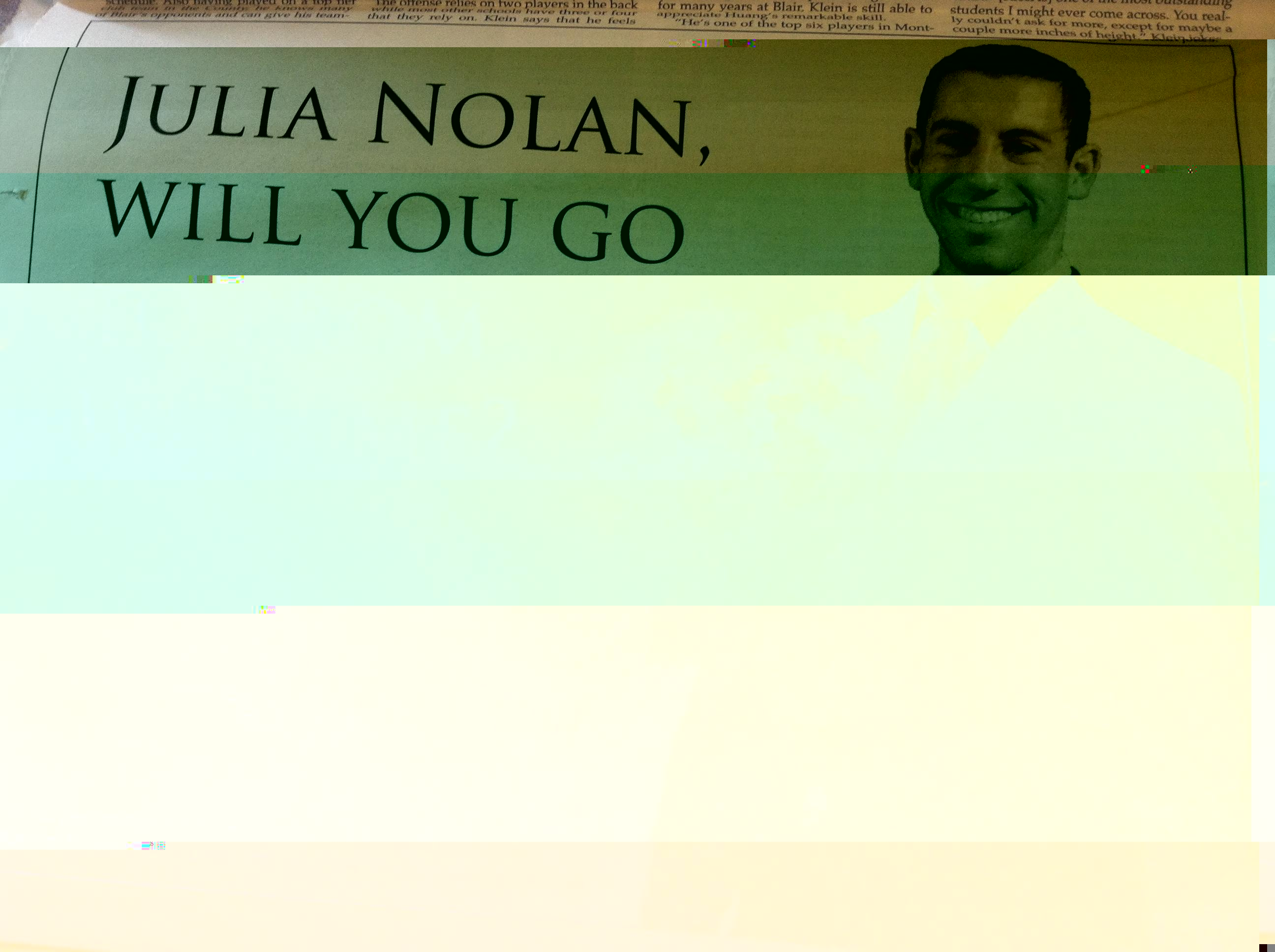 Photo:
As Executive Advertising Director for Silver Chips Print, senior Adrian Craig used his connections to his advantage in asking senior Julia Nolan to prom. His promposal, an advertisement on page 30 of the April Edition of the paper, was high quality not to mention, both cute and classy.

Best twist on a Classic

Though The Temptations' "My Girl” is one of the most commonly used songs to accompany a promposal, junior Alex Michell put his own spin on it, changing the refrain to say "I hope you'll say, something along the lines of okay, when I say Zoe, will you go to prom with me?” to ask senior Zoe Waldrop to prom.

Best reaction from the crowd 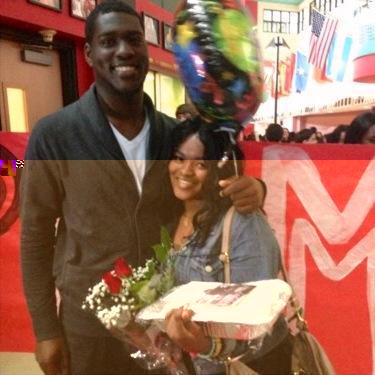 Photo:
Senior Sorel Gossin chose the perfect day to ask senior Umunatu Kamara to prom; on her 18th birthday as Kamara went to lunch, a "red carpet” led her to the bottom of the main staircase where Gossin and many fifth lunch students awaited her. After Gossin asked her, the crowd broke out singing "Happy Birthday” to celebrate.

Perhaps the biggest, and definitely the most elaborate promposal of the year came from seniors Fridien Nana and Maliasa Seilenga, who jointly coreographed a nearly seven minute dance routine to ask seniors Leora Goldbloom-Helzner and Hillary Yeboah, respectively, to prom. The routine was full of impressive dance moves from both Nana and Seilenga, who participate in Blair Theater, as well as the other half dozen Blazers they recruited to help them ask. The dual promposal blocked the entirety of Blair Boulevard before first period, leaving the entire school watching.

Though there are probably countless awesome proposals that probably weren't as public or talked about as these, at the end of the day it doesn't matter. A promposal isn't for the audience, it's for the asker and the askee. Besides if we were being honest about winners for best promposals of the year the choice is clear. He doesn't even go to Blair, but the real winner is this guy: