Entrepreneurship Academy brings back the store

Last week, Blair's school store reopened after previously shutting down due to a lack of funding. The store is run exclusively by students in the Blair Entrepreneurship Academy who are completing capstone projects or internships. The store sells various snacks and drinks and is open every White Day during both lunch periods. 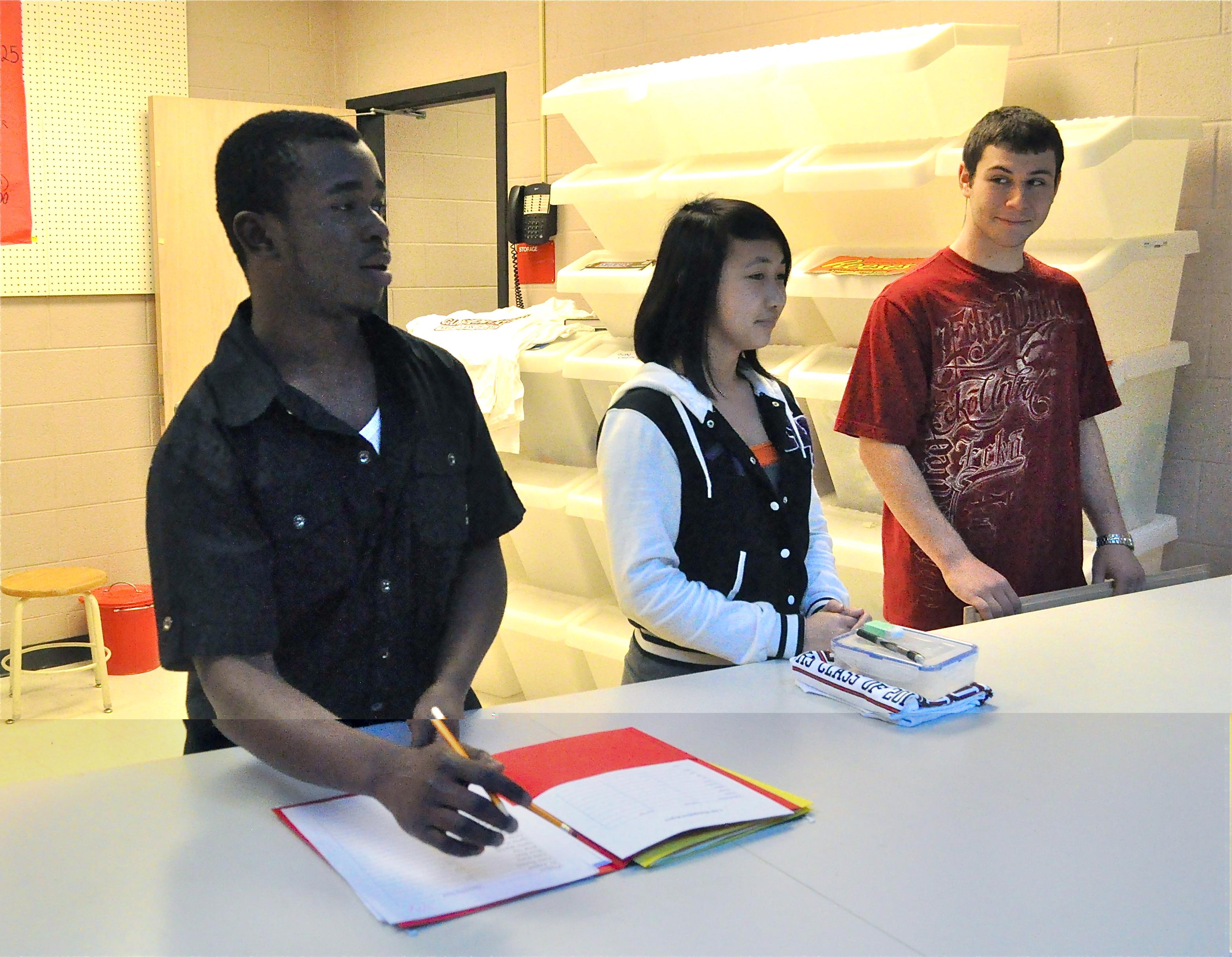 Photo: Students work the counter of the school store during lunch.

Photo: Students work the counter of the school store during lunch.

Blair's previous principal, Darryl Williams, shut down the store due to large profit losses, but approved the store's reopening before he resigned last June. Business teacher Kevin Murley is overseeing the store and hopes to turn a profit from its reestablishment. Both Murley and students in the Entrepreneurship Academy conducted research regarding pricing before reopening the store to prevent overall losses.

This year, Murley's goal is to reopen the store and organize it for future development. The students created systems to monitor cash management and inventory to improve overall sales. Although the store currently only sells snacks and drinks, Murley hopes to expand the inventory to include school supplies and t-shirts. In terms of food, Murley also hopes to purchase a popcorn machine. "The idea is to begin to fund our operation and we're going to consider a variety of other things when we really go at this next year," Murley said.

Junior Scott Boyd, an Entrepreneurship student, is using the school store as his capstone project for the Academy. He believes that the store will give him an enjoyable and beneficial hands-on experience. "It's a hands-on experience and the fact that the kids working there have to make legitimate business decisions makes it fun," Boyd said.

According to Boyd, a lot of students are not aware that Blair even has a school store due to a lack of advertising. However he doesn't see this as a major issue, considering the store has only been open for a week. "Over time we're positive that more people will learn about it and come to shop," he said.