Students evacuated due to bomb threat

Students left the building at 1:07 p.m. after a fire alarm went off

This story will be updated as new information comes in.

At 1:07 p.m. Blair staff and students were evacuated from the building after a fire alarm sounded. Parents and staff were informed that a bomb threat had been made on the school via a phone call or email at 1:26. The message stated that the Montgomery County Police and Fire Rescue team was working to investigate the threat. This is the second bomb threat targeted at Blair to occur in two years. The last one was called in on Sept. 20, 2016. Similar emergency evacuations were called at Springbrook High School this week, along with Winston Churchill High School and Walt Whitman High School last week. 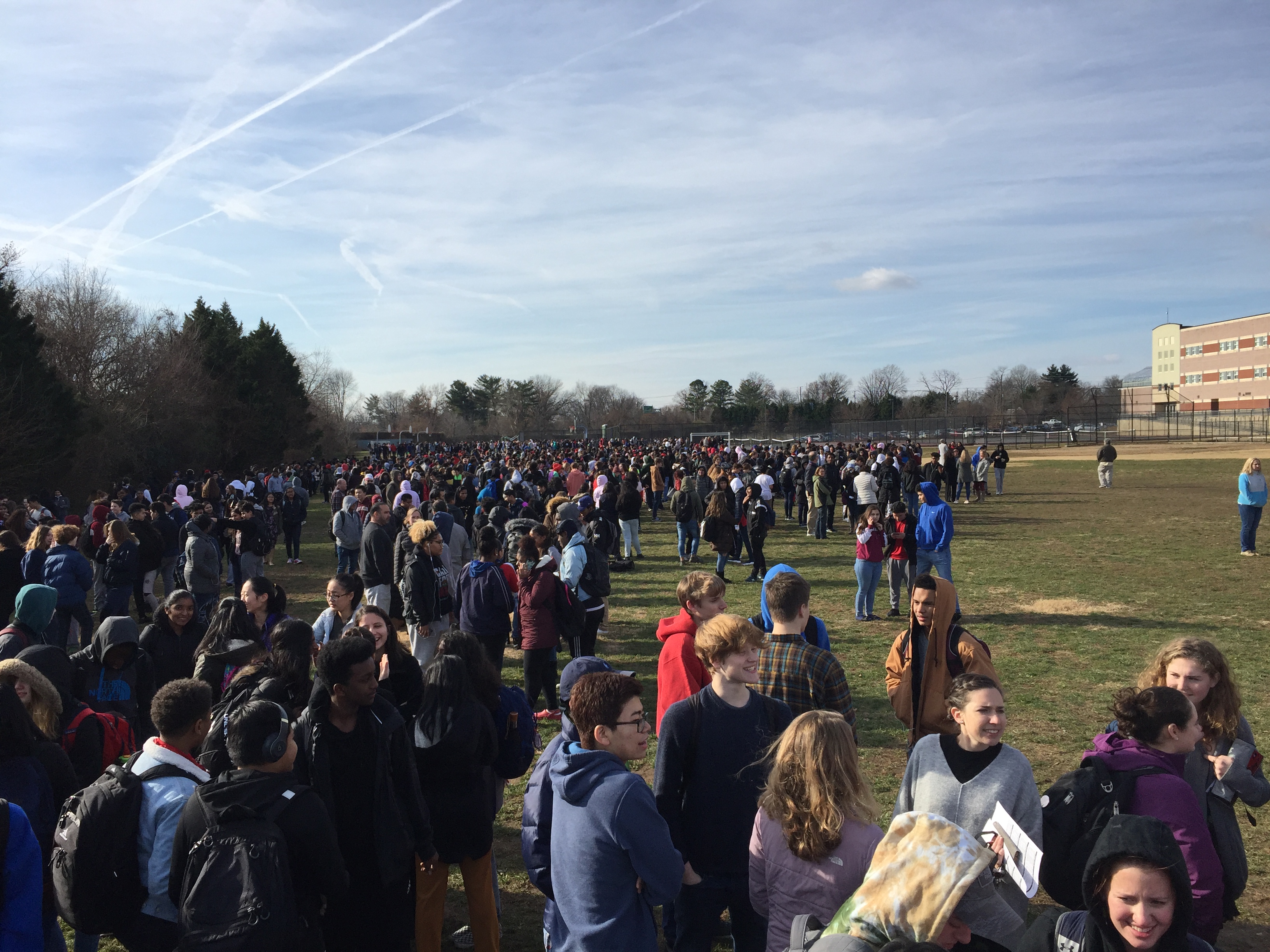 Photo: Students evacuated the school after a fire alarm went off at 1:07 pm.

Photo: Students evacuated the school after a fire alarm went off at 1:07 pm.

Students were moved from the practice fields, tennis courts and track to the stadium bleachers at 1:46 p.m.

The focus of teachers has been "attempting to keep all their students safe and accounted for if possible and to manage this unusual situation and make sure it does not become its own safety concern," Blair Social-Studies teacher Peter Cirincione said. 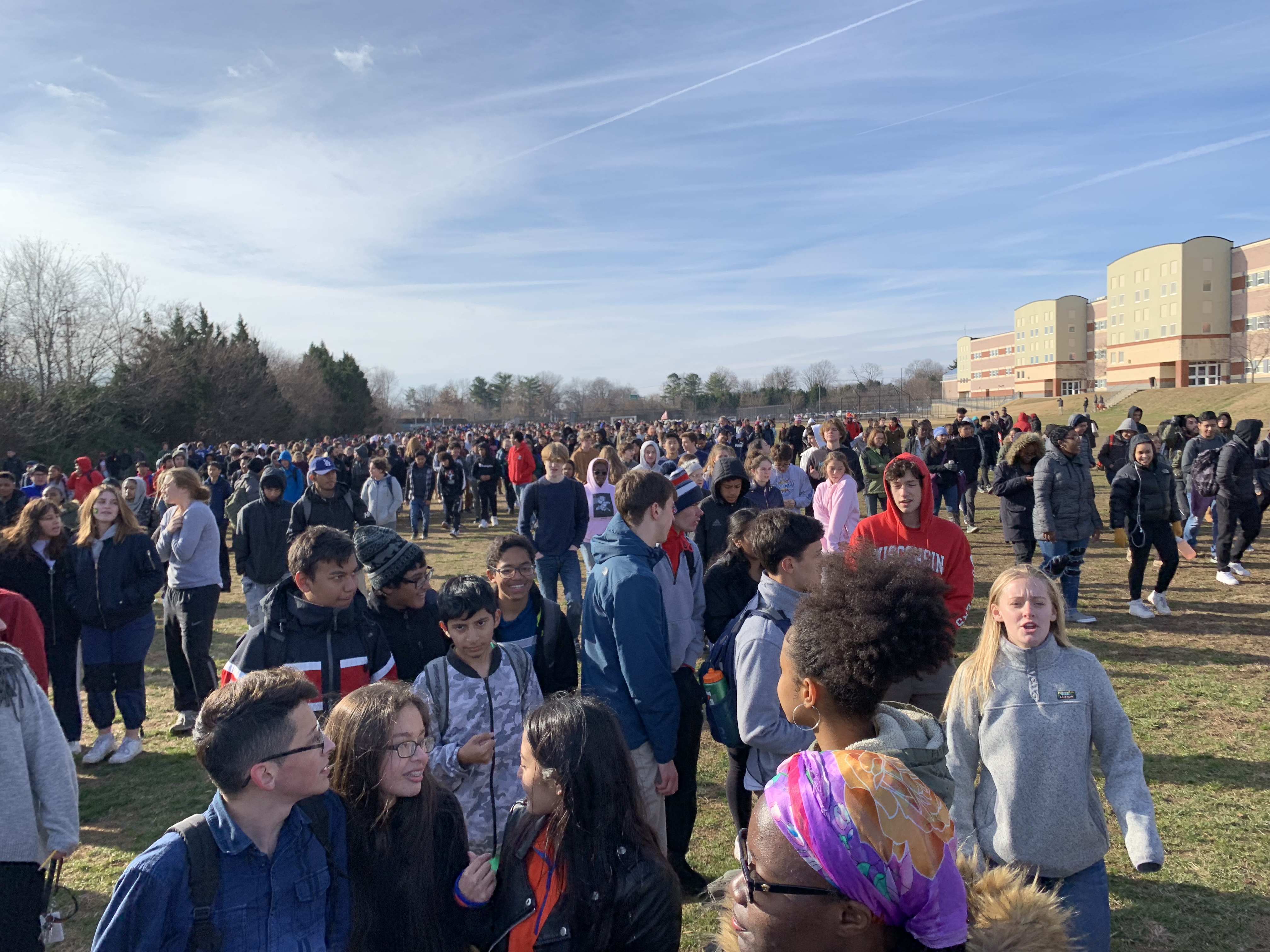 Photo: Students move from the practice field to the stadium.

Photo: Students move from the practice field to the stadium.

Students huddled into stadium bathrooms to escape from the 41 degree chill. "Honestly, I can't even think straight right now it's so cold outside," Blair senior Ernest Son said. 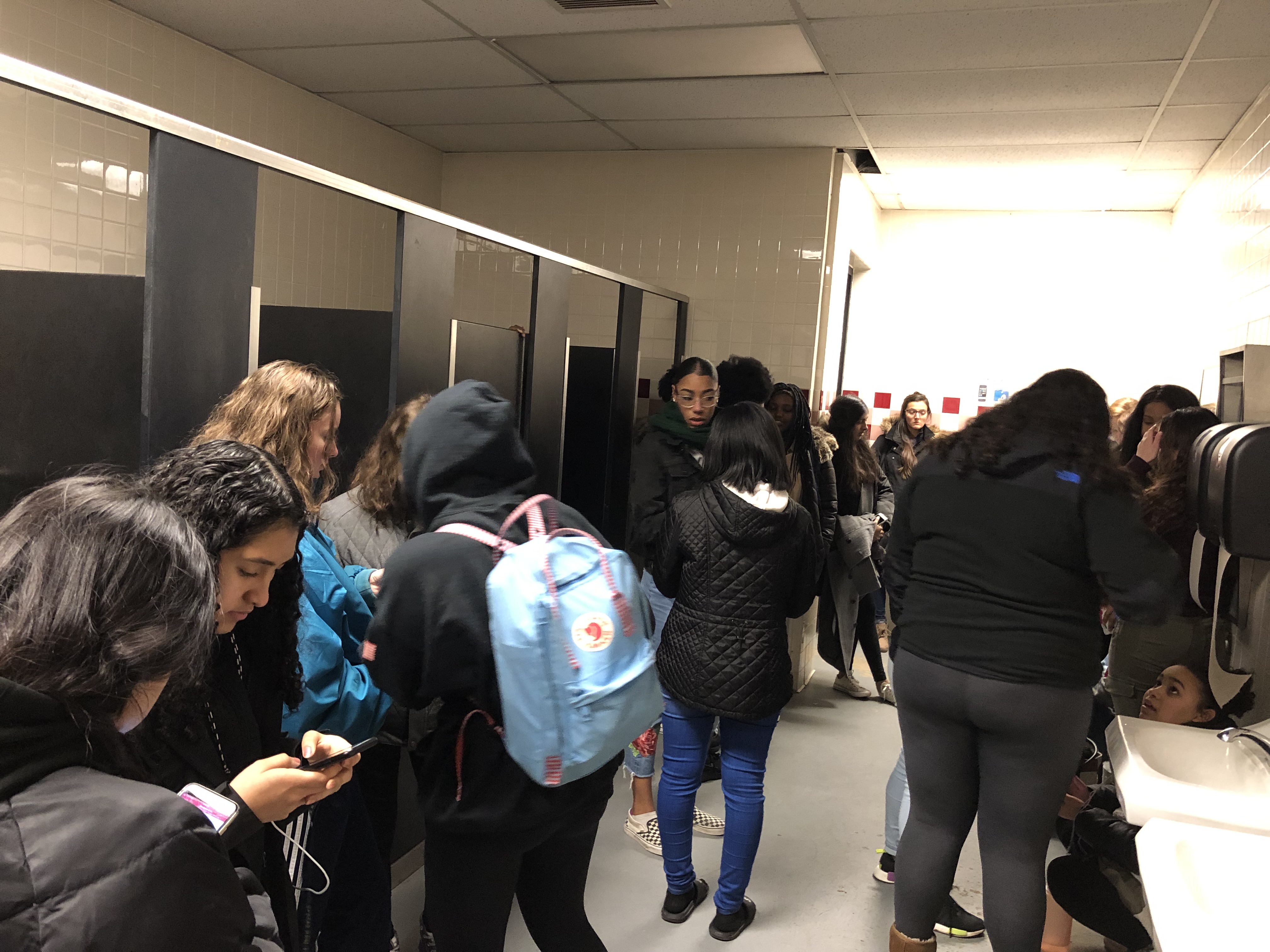 Photo: Students crowded into the bathroom to escape the 42 degree weather.

Photo: Students crowded into the bathroom to escape the 42 degree weather.

According to Brandi Richardson, an assistant principal, an anonymous call took place at around 1 p.m. where threats were made against the school. "They made a threat against the school not indicating a time but certainly we take any threat seriously and there's an immediate procedure that all schools must follow to ensure that the safety within the building is restored," Richardson said.

According to Richardson, administration informed the police of the incident, who searched the building. "One of the biggest things is to inform the police, so we had canine units come out with the dogs to sniff the exterior including the stadium area to ensure clarity. Then we could move students from the back fields, and they go floor-by-floor within the building," Richardson said.

Students were allowed to re-enter the building and retrieve their belongings from the school at 2:46 p.m. Ninth period as well as all after-school activities were cancelled.

The band and jazz concert at 6:30 p.m. remained on the schedule despite the threats.

Principal Renay Johnson thanked staff and students for their cooperation as administrators and police worked to secure the building.