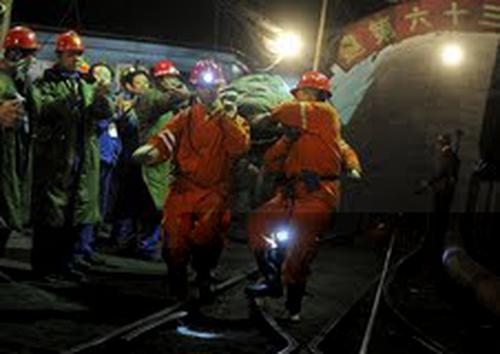 March 23 - Governments at a United Nations (U.N.) wildlife meeting voted against eliminating sanctions on ivory sales. Environmentalists approved of the U.N. decision, expressing concerns that weakening the 21-year ban would contribute to an increase in poaching, which is already at a 15-year high.

March 4 - Several key nations on the U.N. Security Council are hesitant to approve a sanctions resolution for Iran because it could sever important diplomatic and military ties between Middle Eastern countries. 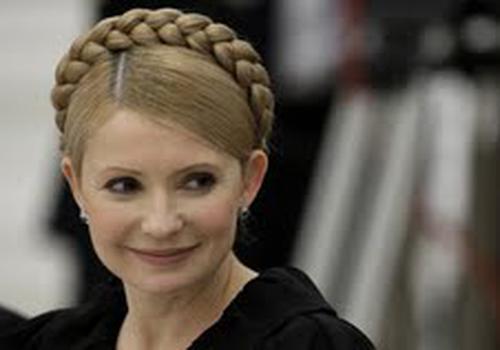 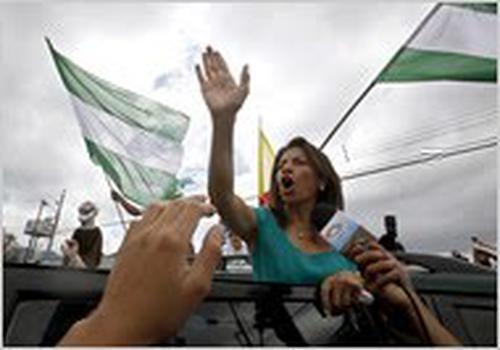 Feb. 2 - Al Qaeda, in cooperation with its affiliates, intends to coordinate a large-scale terrorist attack on the U.S. within the next six months. 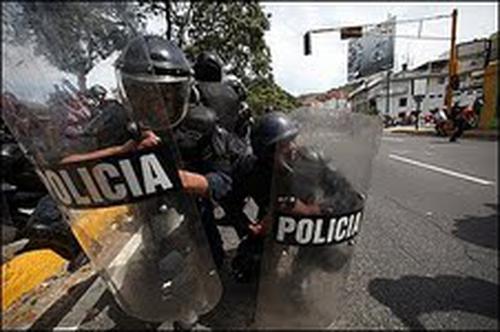 Jan. 19 - Awe-inspiring stories of survival have surfaced following the devastating 7.0 earthquake that hit Haiti Jan. 12. On Jan. 18, an eight-year-old boy and 10-year-old girl were pulled from the debris of a two-story building in Port-au-Prince. 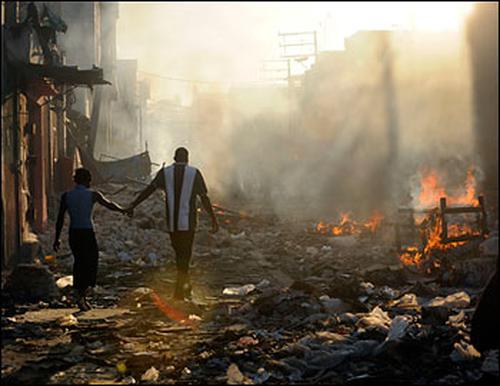 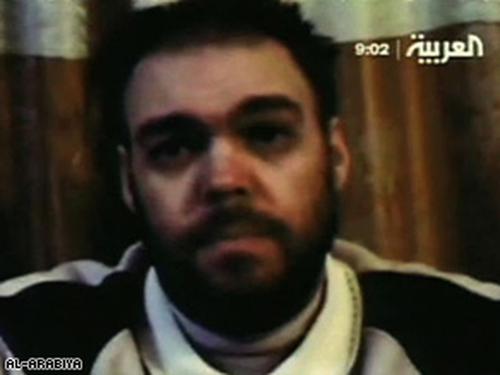 Dec. 30 - British computer consultant Peter Moore was released after a two-year imprisonment in Baghdad. Moore, who had been abducted in May 2007, is believed to be the one remaining survivor of the five men who were captured in a raid outside of Iraq's Finance Ministry.

Nov. 16 - Tax lawyer Sergei Magnitsky died in Moscow's Butyrskaya Prison after a one-year incarceration for his discovery of police participation in a $230 million burglary of government funds.

International News for May 23 - June 5

June 4 - After the mysterious June 1 crash of Air France Flight 447 en route from Rio de Janeiro to Paris in the middle of the Atlantic Ocean, Brazilian navy planes from the U.S., France and Brazil have launched a search for remaining debris, which may lead to an explanation for the accident.

International News for April 25 - May 8

May 4 - Iraqi government officials refused to extend the June 30 withdrawal date outlined in a mutual security agreement for U.S. troops in urban areas.

April 23 - The International Monetary Fund (IMF) predicted that the world economy will recover from the recession in 2010 after continued shrinking in 2009. Originally, the IMF had predicted that the world economy will grow in 2010 by almost 3.3 percent but it has since downgraded that prediction to 1.3 percent. Although the Chinese and Indian economies are predicted to grow 6.5 percent and 4.5 percent respectively, the economies of Western Europe and North America are expected to contract 3.8 percent to offset the gains in Asia. The report also predicts that unemployment levels will rise around the world before receding in 2010.

United States The Obama Administration has agreed to join regular talks with Iran and other nations about Iran's nuclear program. Iranian President Mahmoud Ahmadinejad said in a speech that he would welcome new talks given that they shifted in an "honest" direction. This approach to foreign policy has differed from the approach taken by the Bush administration, which refused to meet with Ahmadinejad.

March 17 - Former left-wing president Mohammed Khatami dropped out of the Iranian presidential race and endorsed fellow reformist candidate and former prime minister Mir-Hossein Moussavi in an attempt to unite the left-wing faction in Iran. Khatami served as president of Iran from 1997-2005 before transferring power to current president Mahmoud Ahmadinejad, a staunch conservative. Ahmadinejad is widely regarded as the front-runner in the election, backed with support from Supreme Leader Ali Khamenei. The election will be held on June 12, 2009.

Protesters around the world rallied on the 50th anniversary of the Dalai Lama's exile. On March 9, 1959, the Dalai Lama fled Tibet when the Chinese government began to enforce its laws on religious organization. Currently, legislation in Washington is on the table that would put pressure on China to work towards a resolution with the Dalai Lama, who is now 74. On March 10, the United States State Department issued a statement that called for cooperation between the Chinese and the Tibetan exiles.

Italy Feb. 17 - An Italian court sentenced British lawyer David Mills to four-and-a-half years in prison for accepting a bribe from Prime Minister Silvio Berlusconi during Berlusconi's corruption trials in 1997 and 1998. Mills, one of Berlusconi's consultants on tax havens, allegedly accepted £400,000 from Berlusconi to lie on the witness stand.

Feb. 12 - Pakistan has officially acknowledged that the November Mumbai attacks were at least partially planned in Pakistan. Interior Ministry Chief Rehman Malik stated that Pakistan has already apprehended most of the suspects, including "the main operator." The Indian Foreign Ministry has responded that Pakistan's official acknowledgment is a move in the positive direction, but urged the Pakistani government to take more action to dismantle terrorist groups organized in Pakistan. The Pakistani government had previously denied any involvement in the Mumbai events. The terrorist attacks, synchronized over several locations in downtown Mumbai, resulted in at least 173 dead and over 308 wounded. Military intelligence in other countries, such as the United States and India, had deemed that the attacks originated in Pakistan.

Intense fighting continues as Israel continues to march towards Gaza. The death toll has increased rapidly since the fighting has begun, with over 1,000 Palestinians dead. The international media have been barred from entering the area by Israeli troops. Humanitarian aid to injured Palestinians is limited as Israel continues to control the flow of goods into the area. The United Nations passed a unanimous resolution on Jan. 13 urging for the immediate ceasefire between these two warring bodies, although the U.S. abstained from voting. Both parties are still fighting but have been conducting diplomatic negotiations in neighboring Egypt. Osama Bin Laden allegedly released an audio message on Jan. 14, calling for a jihad against Israel because of the Gaza conflicts. Thousands around the world have protested the Gaza conflict, calling for its end. On Jan. 17, Israel announced that it would cease fighting.

India Dec. 23 - Indian Prime Minister Manmohan Singh rejected the possibility of going to war with Pakistan over the attacks on the Taj Mahal Hotel in Mumbai last month. Instead, Singh stressed the importance of putting international pressure on Islamabad to cooperate in the fight against terrorism. On Dec. 22, India released a letter to Pakistan composed by the only surviving perpetrator of the attacks in Indian custody, Ajmal Kasav, stating that he and the other planners of the attack were Pakistani. Pakistan's Interior Ministry chief Rehman Malik denied Kasav's claims and said there were no documents that established the attackers' Pakistani nationality.

Dec. 6 - Riots broke out in the streets of Athens and other Greek cities after policeman shot and killed 15-year-old Alexandros Grigopoulos during a confrontation between policemen and a group of teenagers in a neighborhood known as a leftist hangout. Hours later, youth in other regions of Greece protested the shootings at demonstrations, which led to rioting in many places. Many political analysts have hypothesized that rising unemployment, anger at the Greek government and overall frustration were catalysts for the riots. The policeman who shot Grigopoulos has been charged with premeditated manslaughter.

Nov. 29 - Indian commandos regained control of all attack sites in Mumbai after more than three days of terrorism. Ten terrorists, nine of whom are now dead, attacked several densely populated areas in Mumbai with heavy assault weapons and targeted mostly American and British nationals. As of Dec. 3, an estimated 188 people were killed, including six Americans. The only captured terrorist has claimed that the group Lashkar-e-Taiba, an extremist Muslim terrorist group based in Pakistan, is responsible for the series of coordinated attacks.

Nov. 7 - A school collapse in Haiti killed at least 94 students and adults and injured at least 150 more. About 500 students were in the La Promesse School for a party when the three-story concrete block building fell. After charges of involuntary manslaughter were pressed against him, Fortin Augustin, the school's owner and builder and a Protestant preacher, turned himself into authorities on Nov. 8. If charged, Augustin could face life in prison.

Nov. 4 – People around the world congratulated Barack Obama on winning the U.S. presidency. Political leaders from Britain, Germany, China, France, Indonesia, Japan, Afghanistan, Iraq, Israel and Russia have spoken with optimism in reaction to Obama's win. Iran's Deputy Parliament Speaker Mohammad Hossein Abutorabifard spoke with slight optimism, saying, "If the United States takes into consideration the realities of the world and chooses suitable policies, America can play its (proper) role in the relations between the United States and the countries of the region and the world of Islam."