All of the boys' volleyball players had a huge presence in scoring points, and this teamwork led them to a decisive playoff win. In three quick sets, the boys' volleyball team (8-1) advanced to the third round of playoffs, overpowering the Wheaton Knights with final scores of 25–9, 25– 8, and 25–8. 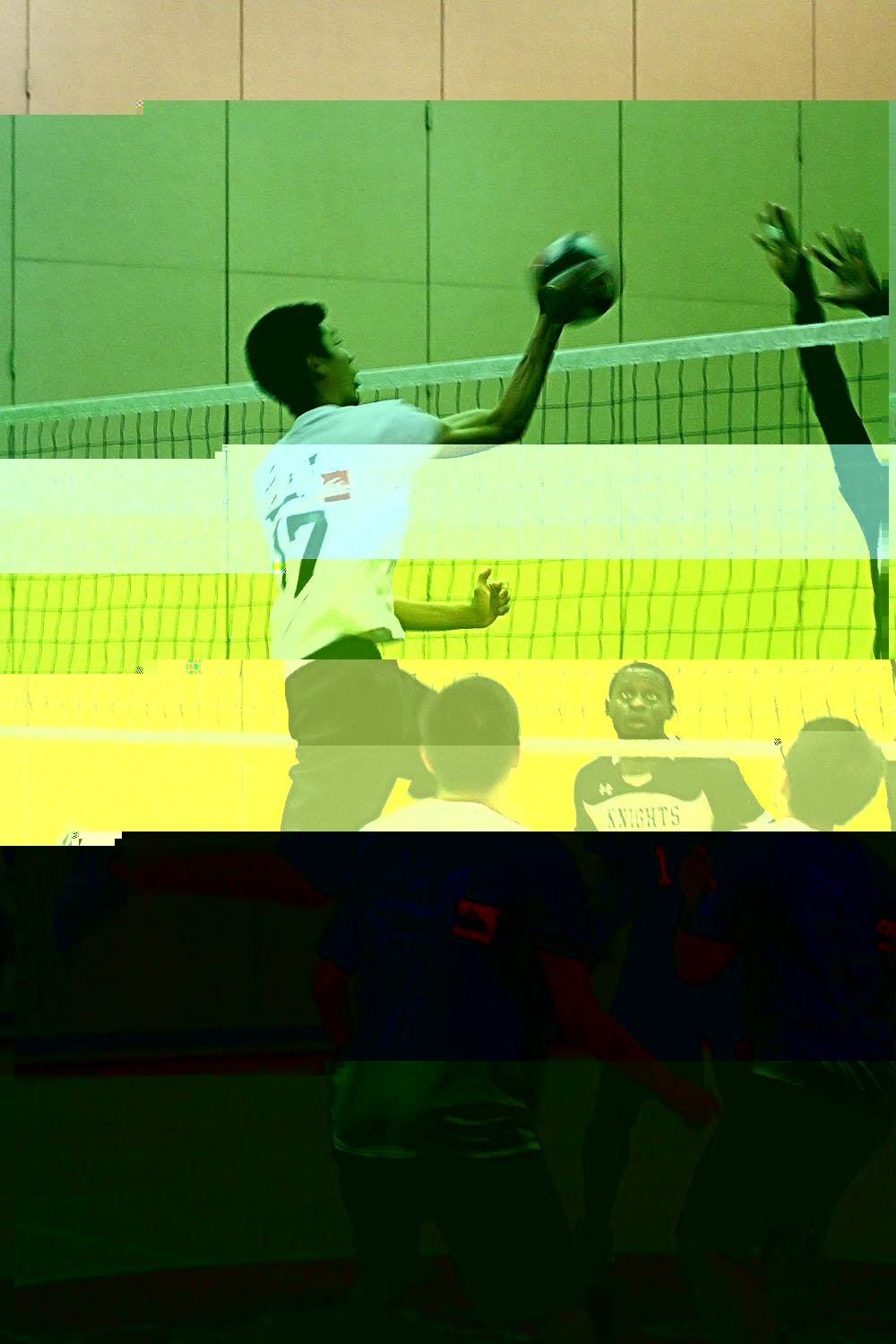 Photo: Junior Jacky Chu tipping over a ball for a free point.

In the first set of the game, Blair took an overwhelming lead over the Knights with strong middle performances from senior Rick Narcisse and junior Tony Liang. Both players were consistant in their hits, including dunks over the net, leaving Wheaton's defense in a state of confusion. Narcisse was pleased with the team's performance which he attributes to coaching's strenuous training and guidance. "I feel like I got better throughout the season with Coach Chris, Coach Phil, and Coach Klein and they made everyone improve," Narcisse said.

Despite the early lead, Coach Chris Liang reminded the players during a team huddle to continue pressuring Wheaton in the second set. He urged the team to not let up its momentum or become overconfident. "Just because we are ahead does not mean we should get too happy," C. Liang said to the team. "We are covering well, blocking well and just playing well, so let's not let up on any mistakes."

During the second set, Blair played smart against Wheaton, as senior Eric Huang and junior Sean Meng had a successful string of passes and saves. Zhang and Liang also created a strong defensive block at the net, which shut down Wheaton's opposing hitter and forced the Knights to pass free balls in desperation. The Blazers capitalized on Wheaton's errors and set up Zhang, Narcisse and Liang for key kills. Blair ended the second set 25 – 8.

Junior Jacky Chu was a key player in the third set, taking advantage of offensive mistakes caused by Wheaton's setter. Chu capitalized on Wheaton's disorganization and defended easily, knocking the ball out of its trajectory. "The other team set the ball tight, which was good for us since it made it much easier to defend," Chu said.

As the team prepares for their upcoming playoff game, Coach Phil Huang believes future success will depend on serving, an emphasis for the Blazer team throughout the season. "If the boys can serve well, they can beat any team in Montgomery County," Huang said.

The boy's volleyball team will face the Richard Montgomery Rockets in the semi-finals of playoffs. Having beaten Richard Montgomery before, the team is training hard to ensure the Rockets do not win. "The thing with RM is that we did lose one set to them in our season, so they are probably feeling they can take three sets from us next game," C. Liang said. "We have to push ourselves twice as hard to beat them."

The boys' volleyball team will take on Richard Montgomery in the county semi-finals at home on Tuesday, May 8, at 5:30 p.m.