It's only a week until the NBA begins the 2005-2006 basketball season and for the past 6 months teams have been making moves to get the upper hand in their respective divisions. Remember last year? If you've learned one thing, it's to never completely trust any predictions (Everyone scoffed at the thought of the Wizards making the playoffs). If that means taking these picks with a grain of salt, so be it. Still, teams have changed and talent has shifted from division to division. In order to inform and maybe spark some controversy we have compiled an analysis of all 15 Eastern conference teams, their projected record and rank. Enjoy.

The 2005 World Series: Pardon the pitching

The 2005 World Series is set, and this fall baseball will award its championship trophy to either the American League's Chicago White Sox or the National League's Houston Astros. The superb starting pitching of the White Sox propelled them past the Angels in five games, while the clutch hitting of young superstars and seasoned veterans helped the Astros shake off the defending NL champion Cardinals in six. So as the 102nd World Series gets underway on Saturday, we give you our thoughts on the matchup.

Nothing clever or inspirational this time but hey, I'm not in last place anymore. On to the picks...

The field hockey team was handed a frustrating, double-overtime loss by the Paint Branch Panthers, despite the strongest performance they have had all season. Playing on a muddy field in a frigid rain, the Blazers had an intense game with solid passing and excellent individual performances in the last game of the regular season. Yet it was not enough, as Blair fell 2-1 in sudden death.

Blair girls' varsity volleyball served their way to another win tonight against the Kennedy Cavaliers in a three set win. The Blazers serving and saving were consistent against a tireless Kennedy team. Blair fell short of their expectations however; winning by smaller margins than they hoped, 25-17, 25-18, and 26-24. Blair sprinted ahead of Kennedy during the beginning of every set because of accurate serving, but had to work hard to keep ahead of the Cavaliers and secure a win.

Hunt for the Heisman

To win the Heisman Trophy is to be immortalized among college football's greatest players. Last year, former Texas Longhorns running back Cedric Benson said he would even trade team success for winning the Heisman and joining the list of all-time greats. This fall, as the competition stiffens, a player's performance in one big game could make or break his chances to follow in the footsteps of such greats as Paul Hornung, Roger Staubach, Herschel Walker, Barry Sanders, Desmond Howard and Ricky Williams. The chase looks to be one for the ages as there are five extremely qualified candidates all hoping to come away with college football's version of the Miss America crown: everyone struts their stuff and at the end, the best of the best is awarded the coveted trophy. Here is how the race stands midway through the season. 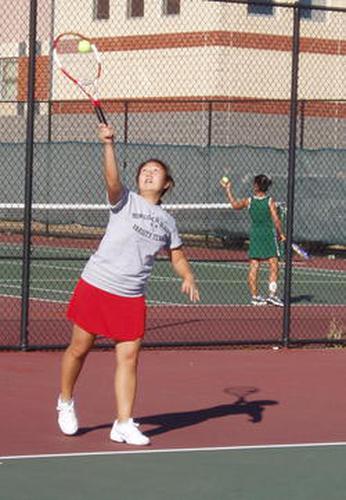 Blazers rush past the Kennedy Cavaliers

The girls tennis squad whipped all of their John F. Kennedy high school Division II opponents today, ending with a stunning 7-0 victory and improving their overall record to 7-4. 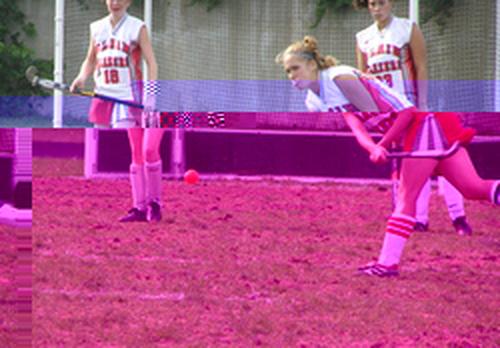 The Blair field hockey team was defeated this afternoon 4-0 by the last year's divisional champions, the Springbrook Blue Devils. Led by their seven departing seniors, the Blazers played well against a difficult opponent but were hurt by a lack of cohesion and aggressive play.

Blazers serve the Titans a loss

Oct. 14, NELSON H. KOBREN MEMORIAL GYMANISUM— The Blair girls' varsity volleyball team walked onto the court tonight after a win against Whitman on Monday, confident that they could again emerge victorious against the Einstein Titans. The Blazers exceeded even their own expectations, as the team played the best they have all year, winning 25-13, 25-11, and 25-22, exhibiting impressive serving and communication throughout the match. Blair showed excellent teamwork and energy in the first two sets, but was forced to come from behind in the last set to clinch the win tonight.

Last year marked the emergence of a new era in the Eastern Conference. Teams like the Chicago Bulls, Washington Wizards and Miami Heat rebounded from years of stagnancy with sudden playoff appearances and a promising future ahead of them. As players' contracts expired and organizations looked at the market for new talent, these teams, along with numerous other organizations around the league, shuffled their lineups in preparation for the 05-06 season. Here before you, are the top three offseason transactions in the NBA:

The Chicago White Sox swept the reigning World Series champ Boston Red Sox in the American League Division Series last week, meaning baseball will crown a new champion this fall. The White Sox will face the Los Angeles Angels of Anaheim, who are coming off an emotional series-ending victory over the Yankees on Sunday. In the National League, the slugging St. Louis Cardinals face off against the Houston Astros, who beat the Atlanta Braves in a series that included the longest postseason game in baseball history, an eighteen-inning marathon. So as we get going in round two, here are my amended predictions:

Oct. 10, BLAZER COURTS- The girls tennis team solidified its place in Division I and improved its record to 6-4 after winning a decisive divisional match today against the Whitman Vikings, 5-2. Their win insures Blair's girls tennis a place among the top five teams in the county.

Both the boys and girls cross country teams achieved wins against Blake and Paint Branch at today's meet at Blake. The girls' team also beat Sherwood, but the boys lost by ten points.

OCT 6, MONTGOMERY BLAIR— Blair's varsity field hockey team tied the Gaithersburg Trojans today in a frustrating 1-1 match that went into double overtime, bringing the team's record to 1-5-1 following last week's win against Kennedy. The Blazers dominated the game but once again failed to capitalize on their many scoring opportunities.

OCT. 6, 2005, BLAZER STADIUM As the JV Football team left Blazer Stadium Thursday night, a deafening silence filled the air, broken only in intervals by the joyful cries of Watkins Mill supporters. Blair continued its losing streak with a heartbreaking 20-13 loss to the Watkins Mill Wolverines. The loss marks the Blazers' third in a row, putting their record at 2-3 on the season.

Oct. 5, NELSON H. KOBREN MEMORIAL GYMNASIUM— The Blair girls' varsity volleyball team made a valiant effort in a down to the wire contest against the Blake Bengals tonight. The Blazers played some of their best volleyball of the year, but eventually lost a tie-breaking fifth set after splitting the first four. In the first two sets, a lack of communication doomed Blair to losses, but more evident teamwork in the final three sets made for a very close contest.

Boys and girls win against Paint Branch, but fall to Magruder

The Washington Wizards announced last Wednesday they will not match the offer sheet signed by backup point guard Steve Blake, officially making him the newest member of the Portland Trailblazers. Blake becomes the second Wizard to sign with the Blazers this offseason, joining former Maryland backcourt mate Juan Dixon in Portland.

With steroid scandals, violence on and off the field and embarrassing play (sorry, Royals fans), the 2005 Major League Baseball season could have been marred by bad publicity and mediocrity. But the most compelling storyline of the year turned out to be the great division and wild-card races, which came down to the wire in both the American and National Leagues. The teams who did get in are ready to rumble, and we can't wait to see what happens. In honor of the start of baseball's fall classic, we broke down each series by starting pitching, bullpen and hitting and added a final word about our favorites.

Blazers get served by Barons

SEPT. 29, BETHESDA CHEVY CHASE— Excitement was brewing this afternoon as the varsity girls' volleyball team made its way towards Bethesda - Chevy Chase high school. The Blazers hoped to ameliorate their losing record, end their current losing trend and gain some momentum for the rest of the season with a win against a talented Baron team. Unfortunately, Blair was unable to overcome difficulties in communication and focus, and they lost in three sets, 14-25, 22-25, and 14-25, simultaneously lowering their record to 2-5. 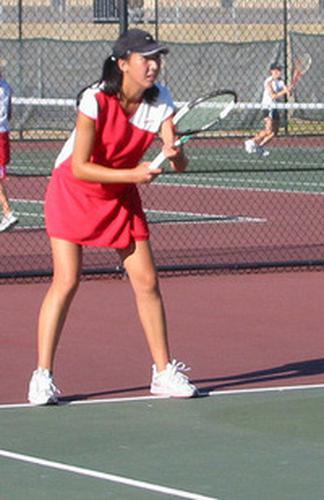 Blazers get clawed out by Wildcats

Blair's girls tennis team dropped to 3-4 after losing 1-6 to the Walter Johnson Wildcats, suffering a string of decisive defeats from the currently undefeated Wildcats.

Maybe magic is in the air or maybe the rain is giving the Blazers extra energy, because the JV girls' soccer team opened phenomenally in the game against Blake. Ten minutes and twenty seconds into the first half, sophomore forward Katie Scott made a beautiful shot over the goalie's head, which rippled the net and evoked cheers from the team.

Blair's field hockey suffered a 4-0 loss to the Northwest Jaguars today, dropping their record to 0-5. The Blazers came out of the gate sloppy and disorganized, allowing all four of the game's goals in the first 15 minutes. Although the team greatly improved after halftime, they were unable to score and ended up with their fourth goalless game of the season.

Sept. 26, BLAKE— The Blazers first half performance showed no inclination of a team about to win 7-0. The boys' varsity soccer team started the game slowly, even against a Blake opponent fielding only 10 players due to disciplinary reasons. After a motivational half time speech and a spark from the bench, the Blazers erupted for seven goals in the second half. The drastic turn-around marked Blair's highest offensive output of the regular season, giving the team a second straight victory, while improving their record to 3-2.