Millions are expected to turn out on Tuesday, Jan. 20, to see President-elect Barack Obama be sworn in. SCO brings you a guide of what to see, where to go and when to get there. 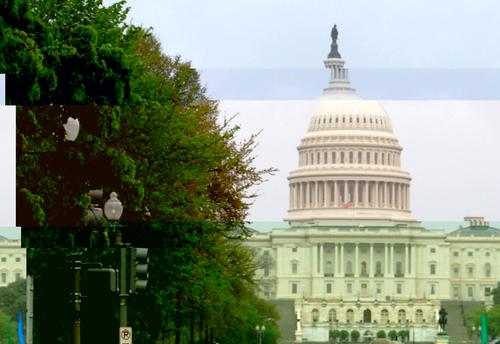 Washington, D.C. Dec. 23 - President Bush granted 19 pardons and commuted one prison sentence for drug possession. Charlie Winters, who died in 1984 at 71, was the second person to ever be pardoned by a U.S. president after death. Winters violated the 1939 Neutrality Act by breaking an embargo on shipping weapons to Israel. Although he was praised by Israel Prime Minister Golda Meir for his efforts, Winters was jailed in the U.S.

Washington, D.C. The government is continuing to work on an automobile bailout package after Republican senators blocked the passage of the $15 billion bailout, reasoning that the bill would give the industry too much freedom without sufficient financial responsibilities. The bailout money will most likely come from the existing $700 billion plan or from the Federal Reserve's emergency fund, as the auto industry is expected to receive up to $15 billion. Current public opinion of the auto bailout is divided - 47 percent of Americans are for and 46 percent are against it, according to a Gallup poll. General Motors and Chrysler have said that their money will dry up within weeks while Ford has stated that they can still stay afloat. Chrysler halted production for a month starting Friday.

Nov. 23 - The United States Government agreed to provide $25 billion of cash and $20 billion worth of capital to Citigroup, a banking and financial conglomerate, in its largest financial bailout to a single entity ever. The government also promised to protect Citigroup against up to $306 billion worth of loses. In return, Citigroup agreed to give $27 billion of preferred stocks to the government and allow more government oversight. Two days before the bailout was announced, Citigroup's stock plunged to $3.77 from above $50 last summer.

Congress has been working on a $25 billion bailout for the failing U.S. auto industry. The Detroit's "Big Three" automakers (General Motors, Ford and Chrysler) have been adversely affected by the failing economy, as their share prices have dropped due to reduced profits from a low number of car sales. Automakers are likely to lose even more sales due to the frozen credit crisis. Democrats have been pushing for the $25 billion to be carved out of the existing $700 billion bailout for the housing crisis, whereas Republicans have asked that the money come from funds currently allocated to alternative energy research. 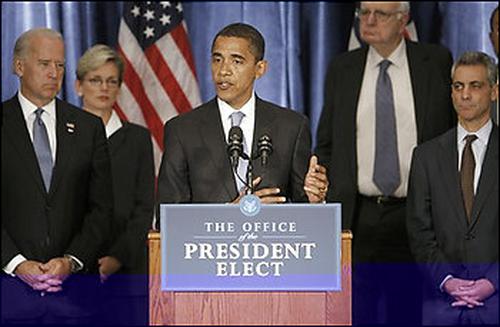 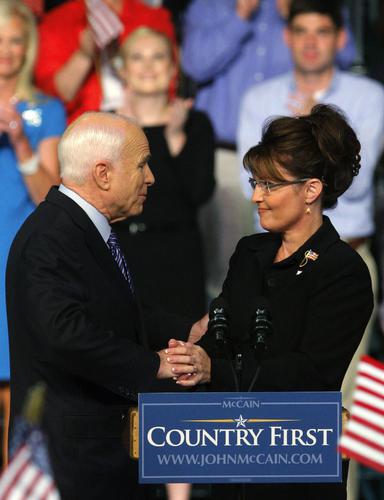 Nov. 4 - Senator Barack Obama (D-Ill.) was elected the 44th President of the United States. Obama won 53 percent of the popular vote and 364 electoral votes to become the first African-American president. His opponent, Senator John McCain (R-Ariz.), won 46 percent of the popular vote and 163 electoral votes. Results in Missouri still have not been finalized. Senator Joe Biden (D-Del.) will become the 47th Vice President of the United States. In Congressional Elections, Democrats retained control of the House of Representatives and the Senate with a majority of 56 seats in the Senate and 254 seats in the House, including Independents who caucus with the Democrats. Three Senate seats are still undecided as results are too close to call and results may be recounted. Democrats are hoping to win all three seats so they can have a filibuster-proof Senate, as 60 votes are needed to end a filibuster. 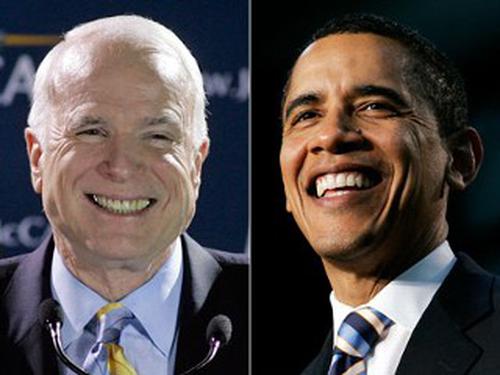 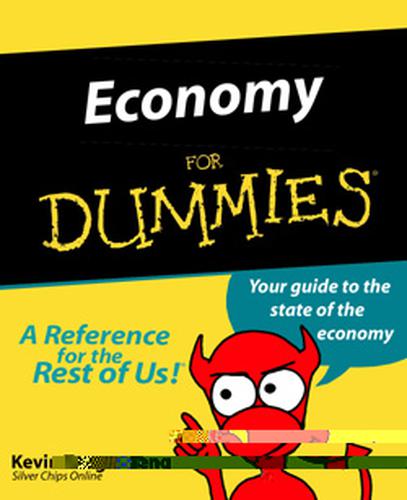 The $700 billion bailout plan was passed to calm financial nerves. The money will go to banks that need to pay off bad debts. The plan is intended to restore confidence in the loan industry, which suffered as a result of the mortgage crisis. Insurance giant American International Group, which has suffered extreme losses and is a large recipient of bailout money, has allegedly spent $400,000 recently on a lavish vacation for its executives, according to Democratic Presidential Candidate and Senator Barack Obama (D-Ill).

Round two: As boring as it gets

With Senator Barack Obama (D-Ill.) gaining crucial momentum heading into the month before Election Day, Senator John McCain (R-Ari.) needed a strong showing in this week's debate. After last Thursday's showdown between their running mates drew a record-breaking audience, sparks were expected to fly at the town hall debate. With the stock market sinking faster than it did in the Great Depression, the candidates, particularly McCain, needed to make a statement. Unfortunately, the only word to describe this debate was "lackluster."

The financial markets experienced extreme price volatility after the recent failures of the financial industry. The fundamental problem was caused by constant declines in housing prices. Banking institutions suffered major losses on home mortgages, as homebuyers are unwilling to pay the banks more than the property is currently worth. The mortgage problem has snowballed into other equity investments because the total capital losses of these major institutions result in reduced investor confidence; investors are not as willing to put money into major institutions that give bad loans.

Sept. 7: In an attempt to stabilize the volatile financial and housing markets, the federal government seized control of Fannie Mae and Freddie Mac, the two largest financial mortgaging companies in the United States. Secretary of the Treasury Henry Paulson announced the move to restore confidence in the two mortgage giants who together control a majority of the housing loans in the country. The International Monetary Fund estimated that losses from the current financial crisis, partly caused by Fannie Mae and Freddie Mac, could be over $1 trillion.

May 25 – The Mars Craft Phoenix successfully landed on Mars, and is ready to begin looking for signs of life on the planet. Using a parachute and thrusters in place of the typical protective air bags, Phoenix was the first such successful landing using this technology since the Viking Missions in 1976. Designed to stay in place, Phoenix will use a robotic arm to dig into the soil and ice and search for organic material and other signs that life exists, existed or could exist on Mars. Because Phoenix landed further north than any previous missions, scientists think the lender's accessibility to frozen water on or near Mars's surface will tell if the minerals and organic compound needed for life are or were present on Mars.

May 10 - Barack Obama took the first superdelegate lead over Hilary Clinton for the Democratic Nomination, according to superdelegate counts by the media. Since the nomination race begun, Obama has trailed Clinton in committed superdelegates. The change in alliance by some superdelegates that formerly supported Clinton and the commitment from previously unaligned superdelegates occurred shortly after Obama earned a convincing win in North Carolina and a close loss to Clinton in Indiana; Clinton required huge margins in those primaries to weaken Obama's momentum in the race. Some news outlets reported that Obama's loss in Indiana occurred mostly because of crossover votes from Republicans, signaling that Republicans see Obama as more of a threat to the presidential run of the presumptive Republican candidate, John McCain.

April 22 - The average life expectancy for many American women is decreasing. This is the first time that there has been a significant decline since the influenza epidemic in 1918. The most dramatic drop is in southern Virginia, where the life expectancy is five years less than it was in 1983. According to the report, the decline is due to an increase in deaths from lung cancer, diabetes, emphysema and kidney failure, many of which can be attributed to smoking cigarettes.

April 16 - The Supreme Court ruled that lethal injections as a method of execution are constitutional. This decision will allow resuming the executions of the prisoners on death row in 34 states. A temporary ban was placed on executions while the case was being heard. Virginia will remove the ban on capital punishment immediately, according to Governor Timothy Kaine. The justices agreed that the injections did not violate the Eighth Amendment, which bans cruel and unusual punishment, in a 7 - 2 vote.

April 3 - The U.S. economy may be experiencing a recession, according to Federal Reserve Chairman Ben Bernanke. Fed officials are predicting a shrink in the economy during the first half of the year but then for the economy to strengthen in the second half of the year and to be strong by 2009. This announcement reflects a change in attitude by economic officials who two weeks earlier had said that there was a limited amount of economic activity but did not acknowledge the possibility of a recession.

March 8 - Hearing damage is the primary reported disability of veterans from Iraq and Afghanistan, according to the Department of Veteran Affairs (VA). The VA predicts that about 70,000 of the 1.3 million soldiers who have fought in Iraq and Afghanistan receive disability payments for tinnitus, a ringing in the ears, and over 58,000 more receive money for other hearing problem. The United States Army has announced plans to strengthen the efforts to protect soldiers from hearing loss.