Thursday night games premiere this week on NFL Network, which means either more excitement or more frustration for football fans, and earlier deadlines for us. But either way you slice it, it's football.

Everyone loves David Stern. The NBA's babysitter decides what clothes the athletes wear to games and what ball the players should start using after 35 years of success. What's his latest change? Refs are now whistle-happy when it comes to arguing. Before the season started, Stern discussed with the referee association what his image of NBA players consists of. Accordingly, refs now have an unspoken, zero-tolerance policy for player rants on the court.

Happy Thanksgiving to all of our loyal readers out there, and be sure to plop down in front of the tube for some post-stuffing NFL football.

As we reviewed the standings this week, we noticed that there was a discrepancy in the number of games we had each picked. Somehow, Pia had two less games than the rest of us. Josh suggested giving her two losses, hoping to even the field. Phil said we should hand her one win and one loss, keeping her totals even. Wondering what to do and where we had gone wrong, we poured over the last ten weeks of predictions, hoping to find a clue as to where we had done some bad math. As fate would have it, we found the mistake. So what did we find? We omitted two of Pia's correct predictions. Her two more wins plus another week of superiority mean she's pulling away fast, as the rest of us are left stunned and embarrassed. As for this week…

The SCO sports staff is currently Ballin'!!, and with a full docket of games on the schedule, all our senior experts will be looking to close the gap between their records and Pia's. Too bad she never has a bad week.

Forget the records, the injuries, the controversies and anything else you've heard this week. Dallas vs. Washington is all that matters…

Chicago snatched the upper hand over rival Detroit by signing four-time Defensive Player of the Year Ben Wallace. With a talented core of young athletes, the Bulls already have their eyes set on championship rings, but Miami is hungry for more glory and Cleveland and Toronto are on the rise. Hereâ€™s a look at the Eastern Conferenceâ€™s squads, ranked within their divisions.

Following Phoenix's suit, the West is moving toward a general run-and-gun offense. The teams that can actually do this have a shot at the championship. And once again, that means Dallas, San Antonio and Phoenix. But key additions in Houston and Minnesota have at least two more teams eyeing the trophy in June. Hereâ€™s a look at the West, with teams ranked in order of predicted finish within their divisions.

It's the beginning of the end for Pia. I see it now. Last week was just the beginning as she lost ground. Amazingly, Phil was the best last week, even though as a group we unanimously picked six games wrong. There are a couple of real tough games this week, including Denver versus Indy in a matchup with playoff implications. Abe makes his return to the picks and looks to gain ground from his last-place standing, which is highly unlikely. Check it out for yourself"

Another week in the NFL, and another probable Redskins loss. I hate to say it Skins fans, but this week looks bleak. With a loss here, we could be looking at a quarterback switch. As you can see, last week was a stalemate as we all picked horribly. Pia maintains her lead of four games, while Abe, the most egotistical of us all, retains sole possession of last place, a whopping nine games out. R.I.P. Abe's comments. Check out what the rest of us experts have to say this week…

The New York Yankees, backed by the pocketbook of free-spending owner George Steinbrenner, touted a 2006 payroll of $200 million-plus, exceeding the GDP of many a small country. With what was considered by many to be the greatest lineup assembled in history, the Yanks looked to cruise through the raw American League and add another World Series banner to illustrious Yankee Stadium.

For Redskins fans, this week is big. Real big. The difference between 3-2 and 2-3 could mean the difference between playoff contention and a season destined for Jason Campbell's development. Plus, the 'Skins travel to New York to face the Giants, who you may recall have a certain flashy linebacker by the name of Arrington who would love to lay out some Washington players. As for the rest of the NFL, the Bears may have established themselves as the league's top team and T.O. returns to Philadelphia. So pour yourself a cold drink, grab the chips and dip and plop down for a Sunday of zoning out on football.

With Andre Agassi's final, tearful bow to the crowds at the 2006 U.S. Open, his retirement has raised questions about the future of USA tennis. The days of tennis greats Agassi, Pete Sampras, Jim Courier and Michael Chang are gone. The women's side has been long dead, dominated by a score of Russian athletes. With Roger Federer and Rafael Nadal dominating the Grand Slams, the US needs its players to step up. With aggressive serves, approaches and backcourt games, Andy Roddick and James Blake may be the only Americans who are future Open contenders. Federer knocked both of them out of the U.S. Open. Here's a quick look on the strengths US players need to use, and the weaknesses they need to suppress.

Mark Brunell will face his old team Jacksonville this week when the Jags invade FedEx Field for a big matchup with the Redskins, Seattle and Chicago square off Sunday night for the right to be called #1 in the NFC and the Chargers face the Ravens for a defensive battle that will leave one team undefeated and the other with an L on their record. In short, this Sunday's slew of NFL games is a big one. It's time for teams to separate from the pack, and as for our standings so far, well, Pia has done most of the separating. She still hasn't gone over the 10-loss mark yet…jeez, Josh, Phil and I need to step our game up.

The call of the wild card

October is just around the corner, and the playoff races in Major League Baseball are sizzling hot. Here's a quick team-by-team preview of the franchises hoping to be headed for the postseason:

Strange things are afoot in the NFL. From an OT comeback to an embarrassment in Dallas to the lowest-scoring Monday Night Football game in history, football has gotten weird again, and we wouldn't have it any other way. And as for our panel of so-called "experts," Pia still leads the way, proving once again that excluding Phil, everyone with a name that starts with the letter "P" is extremely smart (as in "Pratik").

Okay, so the Redskins dropped a tough game to the Vikings on Monday night. Boo-hoo. Buck up and get ready for week two, the weekend that solidifies our opinions on teams that looked great or terrible in week one. More importantly, if you're still looking to win that friendly wager with a buddy or you just want to check out how bad our crew of "experts" is doing this week, we've got you covered. And by the way, don't sleep on Pia, the leader out of the gates.

The greatest show on paper, but not turf

If championships were awarded for off-season speculation, the Washington Redskins would have already won the Lombardi trophy. Sadly, what happens between the months of February and September has once more proved to be meaningless, as the revamped Redskins fell to the Minnesota Vikings 19-16 on Monday Night Football.

Are you ready for some football? SCO definitely is. With Pratik gone to who-knows-which-super-smart-college, we bring back two experts in Abe Schwadron and myself, Josh Zipin to analyze all the games on Sundays. I take pride in introducing to you our newest recruit, Pia Nargundkar"don't hate, she knows her stuff. We also bring back one lesser talent in the form of Phillip Allen (sorry, Phil). This season we will do our best to predict the Redskins all the way to the Super Bowl, and along the way hopefully win some bragging rights. I sit on the throne as last season's pick 'em champion, and I'll be there until one of these so-called "experts" knocks me off. Here are our passionate picks for the first week of NFL games.

Breathe. The months of waiting for pro football to return are over. Lord football is back and ready to reign once again. Whether you need to check up on your favorite team, analyze this year's Super Bowl contenders or just want to do a little light reading before the NFL kicks off later tonight, SCO's staff of NFL experts is here for you.

Look alive football junkies! Dust off your foam fingers and throw your jerseys on, because the kickoff of the NFL season is approaching faster than a yellow penalty flag in the old, sloppy Spurrier-coached Skins days.

On Friday, the United States Men's soccer team will make its seventh appearance in the World Cup in 70 years. Riding the wave of last World Cup's success, in which the United States outplayed a heavily favored Portuguese team, defeated their continental rivals Mexico in the second round and finally succumbed to the Germans in the quarterfinals, the US hopes to capitalize on a productive off-season and continue their World Cup run. As fate would have it, the United States was drawn into group E, one of the more competitive groupings in the tournament. Comprised of three-time champions Italy, a Czech team ranked second in the world and the dangerous Ghanaian national team, Group E will offer plenty of problems for the US squad. 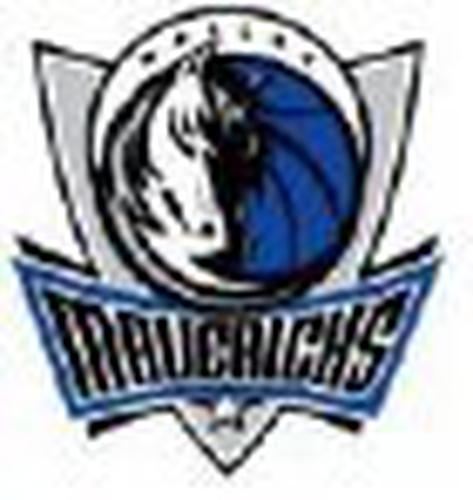 America's Pastime is back. With the first month of April out of the way, things are starting to get interesting in the baseball world. In the first month of the 2006 season, Barry Bonds had a syringe thrown at him, Chris Shelton and Jonathan Papelbon arose out of anonymity to become household names and Albert Pujols dominated (again). With the month of May still in its early stages, Silver Chips Online breaks down a couple of the most intriguing plot lines developing around the league.

The NFL Draft. Some call it a crapshoot. Others call it a science. However you look at it, the draft signifies the official return of football season. While you can likely pencil in Reggie Bush as the number one pick, the remainder of the first round is as unpredictable as Chad Johnson's new touchdown dances. So in honor of the re-entering of the glorious game of football into the lives of sports fans once again, SCO's primary sports experts channel Mel Kiper, Jr. to predict and break down the NFL Draft. Read on…