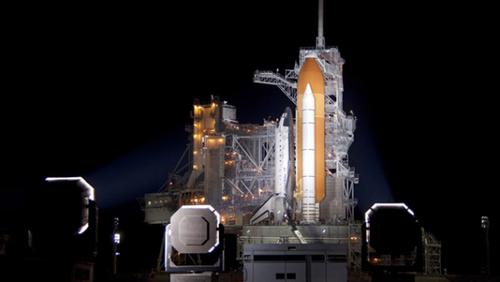 Nov. 10 – NASA delayed the launch of space shuttle Discovery, which was initially scheduled to for Nov. 1, due to cracks in the fuel tank. Discovery will take a Pressurized Multipurpose Module (PMM) Leonardo and the ELC-4 to the International Space Station. Initially, the launch was delayed due gas leaks and then due to weather. 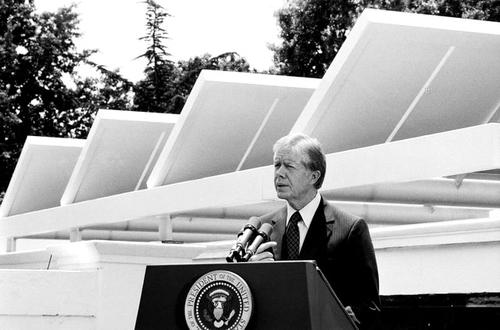 Oct. 5 – Energy Secretary Steven Chu announced that workers will install solar panels on the roof of the White House in the summer of next year. 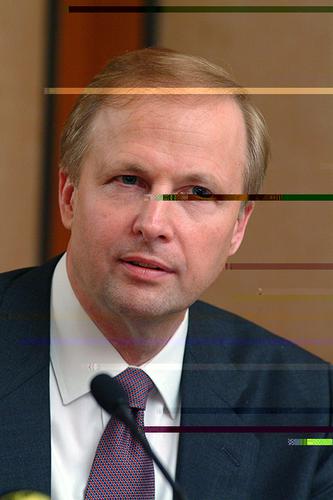 Sept. 29 – BP chief executive Bob Dudley, who replaced former CEO Tony Hayward in July, is creating a new global safety division titled the "Safety & Operational Risk Unit", which will have authority to intervene in all aspects of BP's technical activities. 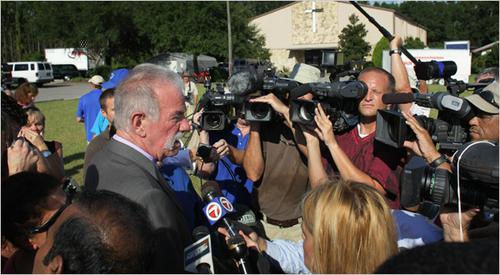 Sept.11 – In an appearance on NBC's "Today" show, Pastor Terry Jones canceled burning copies of the Quran on the anniversary of the 9/11 attacks. Jones cited protest against plans to build an Islamic center near where terrorists brought down the World Trade Center nine years ago as the reason for the burning. 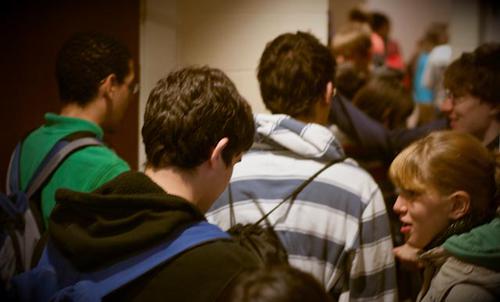 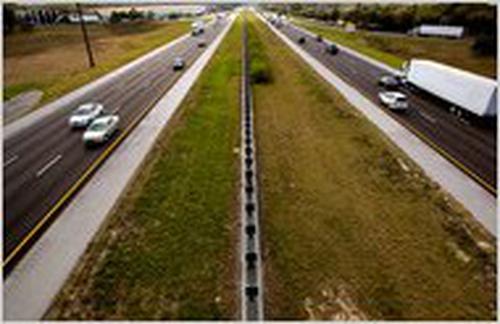 March 15 - Officials in Montgomery and Prince George's Counties have outlined a deficit reduction plan that will cut thousands of jobs, hinder government operations and slash education spending. A decrease in state aid packages and other revenue has driven county lawmakers to take drastic measures to compensate for lost funds. 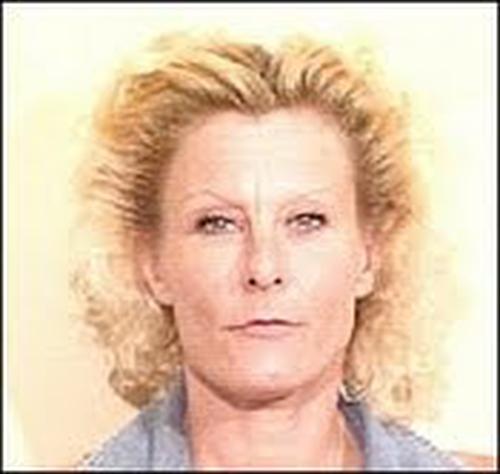 March 2 - Federal prosecutors brought criminal charges against a woman nicknamed "Jihad Jane,” an alleged terrorist operating within the U.S. who recruited others to her cause using the internet. 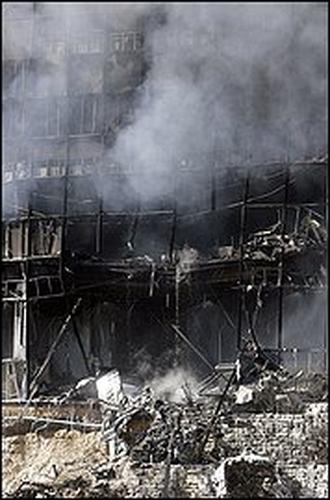 Feb. 18 - Software engineer Joseph Stack crashed his single-engine plane into an Internal Revenue Service (IRS) office building, killing one person and setting off a fire that prompted the evacuation of over 200 employees. 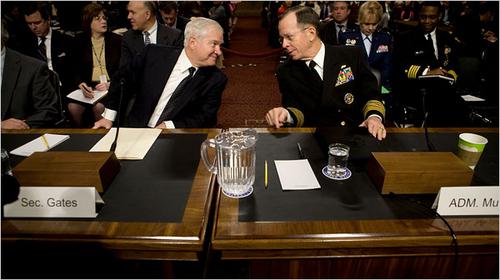 Feb. 1 - The Obama administration asked Congress to increase education spending by about 7.5 percent for fiscal year 2011 for the restructuring of a test score-based rating system established under the No Child Left Behind Act of 2001. 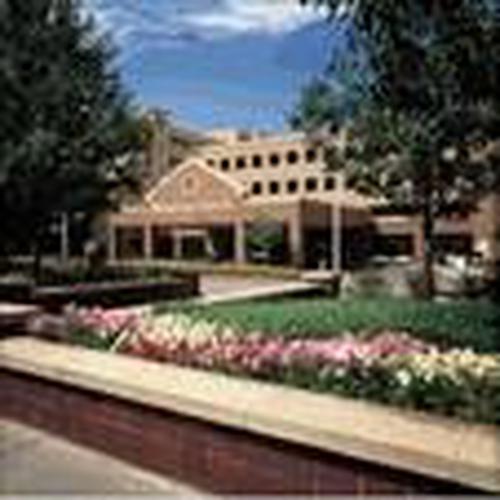 Jan. 21 - In a decision that overturned decades of campaign finance law, the Supreme Court ruled that the government cannot ban corporations from financially supporting a candidate in elections. 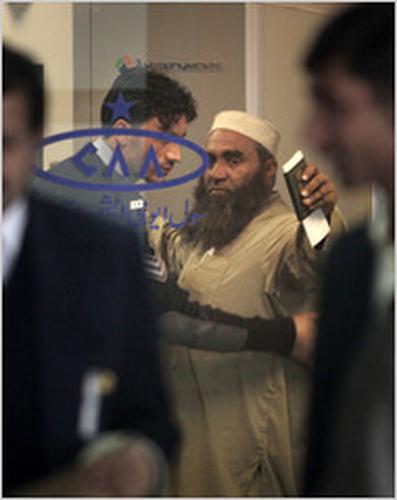 Jan. 4 - The Obama administration recently implemented increased security checks for airport passengers arriving from 14 foreign nations. The Transportation Security Administration and State Department agreed to narrow the list of countries due to a lack of comprehensive scanning technology. 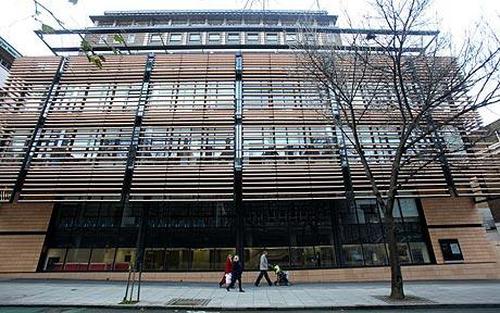 Dec. 16 – Police in Northern Virginia arrested 38 people suspected of dealing heroin and prescription drugs to high school students and young adults in Prince William and Fairfax Counties. The police sting was launched in response to the recent overdose deaths of Matthew Mittong and Mindy Weakly in Prince William County.

Nov. 30 - President Obama has announced that the U.S. will deploy 30,000 more troops to Afghanistan in the upcoming months, bringing the total number of American forces in the country to 100,000. 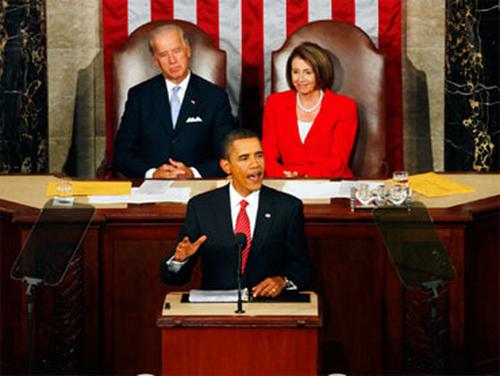 Where we stand in the health care debate

In a Feb. 24 address to Congress, President Obama identified heath care as a pressing concern for his administration. He spoke of his commitment to insure the 30 million Americans currently without coverage and cut waste and inefficiency plaguing Medicare and Medicaid. Obama evoked a sense of urgency, declaring that "health care reform cannot wait, it must not wait and it will not wait another year," and called on health care providers, doctors and policymakers to initiate negotiations.

May 25 - Due to rainy weather in Florida, the space shuttle Atlantis landed at Edwards Air Force Base in California instead of its primary landing site at Kennedy Space Center in Orlando, Fla. Atlantis was launched May 11 to repair and replace instruments on the Hubble Space Telescope and is scheduled for another flight in November.

May 20 – Four men were arrested Wednesday after allegedly planting explosives outside two synagogues in the Riverdale section of the Bronx, New York. U.S. Magistrate Lisa Smith ruled Thursday that suspects James Cromitie, David Williams and Onta Williams be held in jail without bail until a court hearing scheduled for June 5.

April 29 - Senator Arlen Specter (R - Pa.) switched political parties after concluding that his reelection chances as a member of the GOP were slim. This switch could give the Democrats a 60th vote in the Senate, making Obama's administrative agendas potentially filibuster-proof. 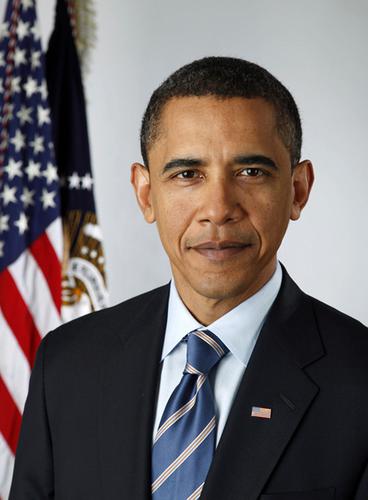 Vienna, Va. April 22 - Freddie Mac Interim Chief Financial Officer (CFO) David Kellermann was found dead in an apparent suicide by hanging, according to sources close to the investigation. Kellermann has worked at Freddie Mac for the past 16 years and was made acting CFO in September after the government seized control of Freddie Mac in the midst of the economic crisis. Kellermann's actions at work had been under strict government regulation since he took the position.

Detroit, Mich. March 29 - General Motors (GM) Chairman and Chief Executive Officer (CEO) Richard Wagoner resigned under pressure from the Obama Administration. After panning GM for failing to turn itself around earlier this month, the administration asked Wagoner to step aside during a meeting on March 29. Former GM President and Chief Operating Officer Fritz Henderson will take over as Chairman and CEO of the struggling automaker. The administration has given GM 60 days to create a plan to prove that the business can be revived. If GM fails to come up with a viable plan, the government will stop giving federal money and allow the company to file for bankruptcy.

March 15 - Insurance firm American International Group (AIG) distributed $165 million in bonuses and sparked an outrage among government officials and concerned citizens, as it received $182 billion in bailout money from the government late last year. In response, the House Financial Services Committee began pushing legislation aimed at instating a 90 percent tax on bonuses to employees working at bailed-out corporations. The bill would not require that AIG employees pay back their bonuses, but would prevent any more bailout money from reaching corporations with such bonuses. President Barack Obama warned the committee that the tax rate was too high, prompting them to revise their proposal, which will be debated and could be passed as early as next week.

President Barack Obama announced the nomination of Governor Kathleen Sebelius (D-Kan.) as Secretary of Health and Human Services and Nancy-Ann DeParle as head of the White House Office for Health Reform. Obama had earlier nominated former Senate Majority Leader Tom Daschle (D-S.D.) for both positions but Daschle withdrew over concerns regarding his failure to fully pay his taxes. If confirmed, Sebelius and DeParle will oversee a gigantic overhaul of the United States health care system and make many changes to government programs and agencies such as Medicare and the Food and Drug Administration. Obama has estimated that the cost of overhauling the system will exceed $1 billion.

Feb. 16 - President Barack Obama signed the American Recovery and Reinvestment Act of 2009 into law after pushing it through both houses in Congress. The law will spend $787 billion in various areas including healthcare, education, infrastructure, energy, housing and research. About $288 billion will be allocated to tax relief. Many Republicans in both houses criticized the bill for not giving enough tax cuts. Some economists that favor the idea of a large stimulus to increase spending believe that the stimulus amount is too low. Obama has promised governmental oversight into the stimulus plan to ensure that no money is wasted on corporate bonuses and earmarks.

Feb. 3 - Former Senate Majority Leader Thomas Daschle (D-S.D.) withdrew his nomination as Secretary of Health and Human Services in the Obama cabinet after it was revealed that he failed to pay more than $100,000 in taxes from 2005 - 2007. He had paid back the amount he owed and an additional $11,964 in interest last month during the vetting process. In addition, questions regarding a potential conflict of interest were cited by political analysts as reasons that he withdrew his nomination. Since he left the Senate, Daschle had earned income from advising heath insurers and hospitals and speaking for health care interests.