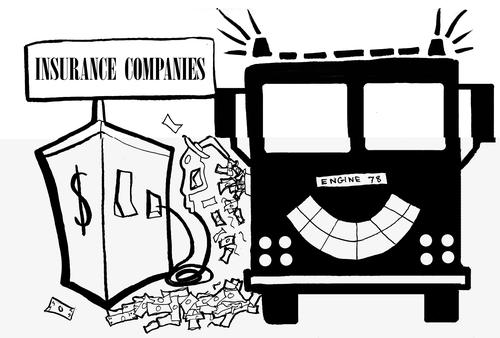 As the ambulance rolls, insurance pays the tolls

When a fuse box explodes and sets a home on fire, a senior citizen has a stroke or an office building collapses, a hero must come to the rescue. This hero is the fire department. 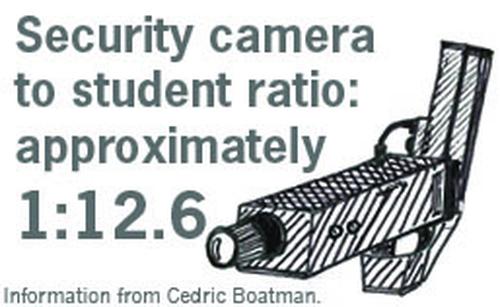 Catch me if you camera: a secure solution for Blair's hallways

There's always a heart-stopping moment when a student loses a cell phone. He frantically opens his locker, searches his bag and reaches into his pockets and realizes that his phone is gone for good. He spends the rest of the day imagining places where he could have lost the phone, and how he could get it back. Until recently there was nothing a student could do if someone took his phone, but now there is a greater chance that he will regain his property.

Graduating to a better venue

This article was written by the Silver Chips Print Editorial Board and is intended to represent the official views of the newspaper. At the inaugural senior class meeting this September, Blair administrators announced that this year's class of 2011 will graduate at the Daughters of the American Revolution (DAR) Constitution Hall – and that senior classes will continue to use the venue for commencement "forever." The declaration was a decisive blow for Blair, because DAR Constitution Hall is an insufficient facility for graduation. At a time when budgets are shrinking and enrollment is expanding, the scramble for a suitable venue is understandable. But there are better and more viable options for Blair, and MCPS and Superintendent Jerry Weast are standing in their way. 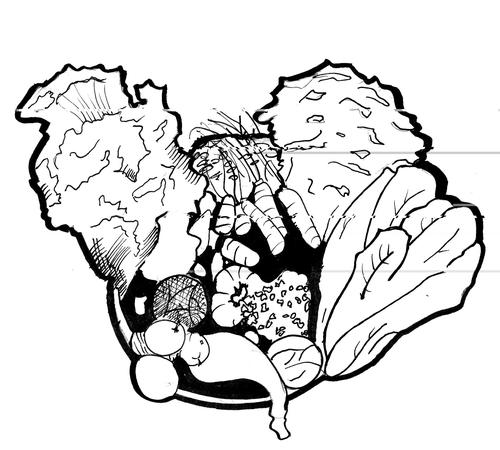 Today's students are taught to be environmentally aware. They know the importance of a greener Earth. Blair has recycling bins in nearly every corner of the school. But now, it's time to bring environmentalism into the classroom. Under the new Environmental Literacy Program enacted on Sept. 21 by the Maryland Board of Education, all state schools are required to incorporate environmental education into their science curricula. It's valuable to conduct lessons and study books that teach how to conserve the environment, but those lessons can only be enforced through practical application. Planting vegetable gardens is one simple way to cement the lessons learned in the classroom. The only problem is MCPS's Feb. 26 ban on vegetable gardens in schools.

All's not fair in love and war

This article was written by the Silver Chips Print Editorial Board and is intended to represent the official views of the newspaper. "All men are created equal." "One nation…with liberty and justice for all." "No state shall…deny to any person...the equal protection of the laws." These patriotic phrases have always been universally accepted as truth. Yet every day, as children study the Declaration of Independence and stand for the Pledge of Allegiance, the law that forces thousands of men and women in uniform to hide their homosexuality directly contradicts American principles of liberty and equality.

Head of the class

The best public school system in the nation, the number one education governor, $250 million in Race to the Top (RTTT) funds – it could all come crashing down on Nov. 2, if voters send a former tenant back to the governor's mansion. Or we could rid ourselves of overwrought standardization, dire neglect of teachers' union considerations and a complete failure to support charter schools. Which set of principles will vanish if Robert Ehrlich (R) reclaims Annapolis? It all depends on which side of the education debate's proverbial classroom you're sitting in.

Pro/Con: Will banning the use of handheld cell phones while driving benefit Maryland drivers?

On Oct. 1, talking on a handheld cell phone device became illegal in Maryland. This law is intended to improve driver safety; however, since hands-free cell phone devices are still allowed, some believe the law will be ineffective in reducing crash rates. 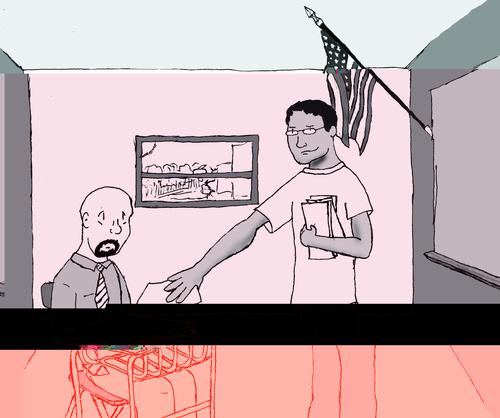 Evaluating teachers from the inside out

In writing a movie review, a reviewer's first priority is always to see the movie in question: Watching the film is the only way to judge the quality of the acting, shots and choice of music. But the Maryland school system is writing the review without even entering the theater – that is, conducting evaluations of teachers but barely looking into what actually goes on in the classroom. 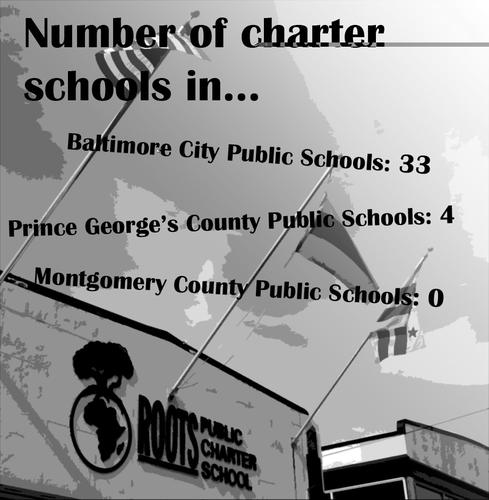 Chartering an innovative route to excellence in MCPS

MCPS may be one of the wealthiest school systems in the country, but that doesn't mean that it's perfect. Though its student failure rates may not be as large and discouraging as in school systems like District of Columbia Public Schools (DCPS), MCPS still neglects many demographics of its student population. Instead of ignoring struggling population groups and continuing unsuccessful instructional methods, MCPS should accept the applications for two new charter schools, thereby offering alternatives to standardized public school education. 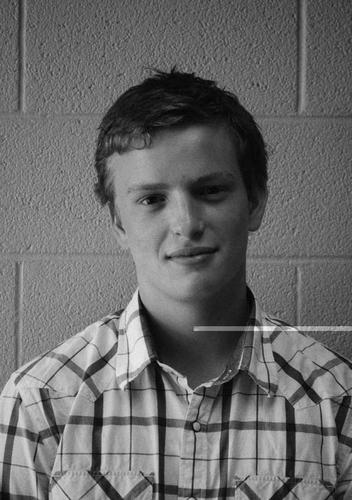 When a newspaper ombudsman truly does his job, he becomes a bridge between the readers and writers, a bridge that should help improve and guide the paper. Without the input of readers' ideas and criticism, though, there's no way for that bridge of communication to exist. For the writers to cover what the readers need to know, it's imperative that the readers tell the writers what they feel is relevant. If readers are providing insight into their feelings, the writers will be able to address stories that meet the readers' news and entertainment needs. The good thing is that this communication is easy and doesn't take much time. Any student can write down his or her opinions or suggestions and send them to the editors. This small action can have a large impact on the writers and editors. Feedback is a critical piece of developing the newspaper, and without it, we cannot fulfill our title as a public forum for student expression. 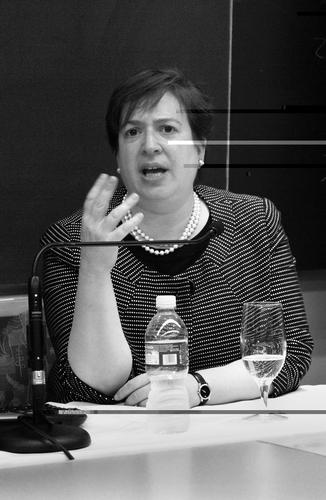 Distributors deserve the right to market videos of women squashing puppies with stiletto heels for twisted sexual pleasure. Businesses merit the same rights as individuals. Residents of the 16th-most dangerous city in the U.S. shouldn't have to keep their home rifles unloaded. If you've been watching the Supreme Court for the past couple years, you've seen this lack of logic at work at the highest level of the American judicial system. 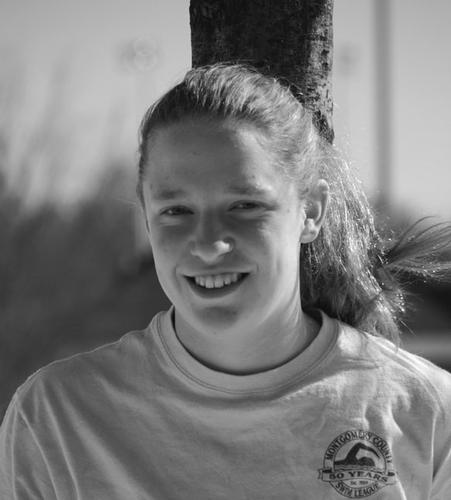 Pro/Con: Is academic tracking an effective way to teach students at all levels?

Social studies teacher George Vlasits is a part of a county-wide anti-tracking organization that is attempting to halt the separation of students into ability-based classes. Academic tracking has been a fixture in the Montgomery County and state education systems for decades, but new evidence suggests that it may not necessarily benefit students.

Do you think that the hall sweeps have been effective? "Some people get to class on time, and some don't care. They make friends with security and then if they're late all the time security doesn't care." -freshman Eden Jelso 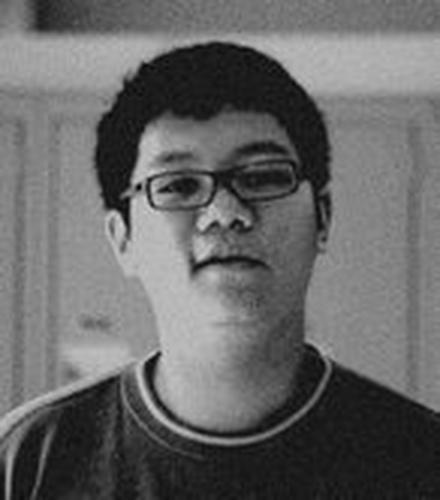 Investing in our student interest

Silver Chips is, first and foremost, a student newspaper. The paper is obligated by this classification to report on the news around and about Blair. But, we have to ask ourselves, what good is a student newspaper if no one reads it? 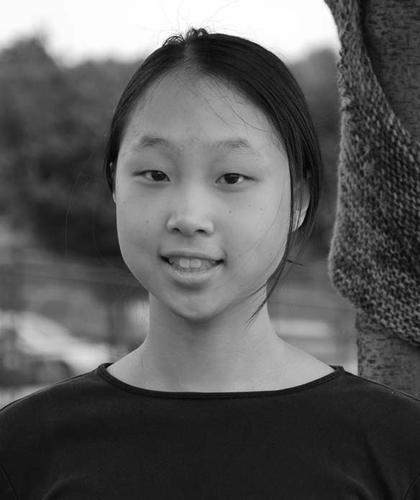 Pro/Con: Is Obama's blueprint for education reform the path toward improving our schools?

President Lyndon B. Johnson passed the Elementary and Secondary Education Act (ESEA) in 1965 to create education standards and accountability for schools and establish state-administered, federally funded programs. The George W. Bush administration amended and reauthorized the ESEA with the No Child Left Behind Act in 2002, and on March 13, the Obama administration released its blueprint for ESEA reauthorization. The blueprint emphasizes the adoption of college- and career-ready standards and proposes rewards and incentives for schools that demonstrate student growth. 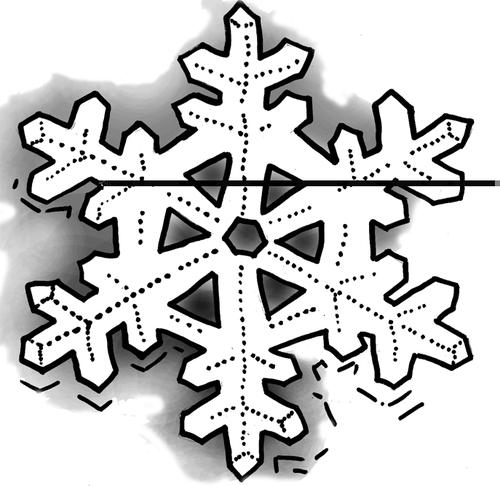 "I think the best solution to make up the days is to pace the classes a little faster." -freshman Katelin Montgomery

Speaking out, pledging our rights

On Jan. 27, a young girl at Roberto Clemente Middle School in Germantown refused to stand and say the Pledge of Allegiance. When she refused the teacher's request to rise for the Pledge, the instructor sent the student out into the hallway. The student was threatened with detention and sent to her counselor's office promptly thereafter. But the grievous violation of First Amendment rights did not end there. The next day, when the student refused to stand for the Pledge of Allegiance once again, a security officer escorted her out of the classroom and back to her counselor. To add to this humiliation, when the student's mother complained to the assistant principal, she was told that the student must apologize to the teacher. A role reversal to what should have happened. The teen proceeded to apologize, twice over, for her "defiant" actions. 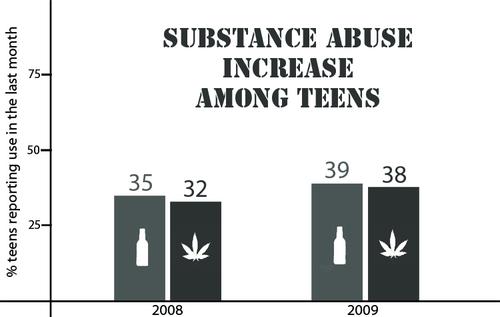 Just a few percentage points can make all the difference when it comes to illegal substances. Among teens, marijuana and alcohol abuse rates are rising for the first time in ten years, according to a study by the Partnership for a Drug-Free America. The 2009 Partnership/MetLife Foundation Attitude Tracking study, which recorded the number of teens who had reported use within the past month, found that alcohol use among teens increased from the 32 percent measured in 2008. Reported marijuana use shot up from 32 percent of teens to 39 percent of teens in the same time. Candice Besson of the Partnership for a Drug-Free America attributed this trend to several different factors, including a decrease in federally-funded prevention programs and an increase in the portrayal of substance abuse in movies and television. 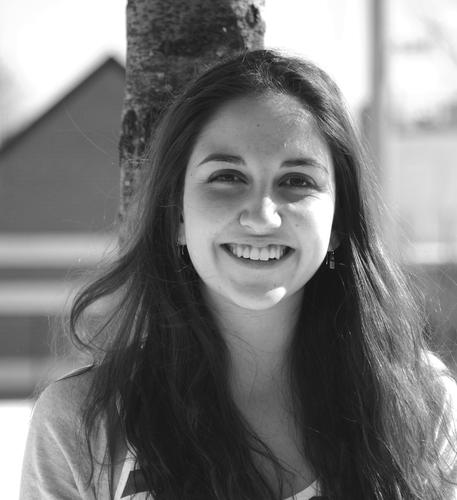 Pro/Con: Will the Congressional jobs bills be the solution America's economy needs?

Both the Senate and the House of Representatives passed similar versions of a $15 billion jobs creation bill, initially created by Senate Majority Leader Harry Reid (D-Nev.). Reid drafted the new bill as an alternative to a bipartisan Senate jobs proposal and after the House passed a $155 billion jobs bill in December.

Letter to the editor

Long has it been known that the apple of every teacher's eye is tenure, a status obtained after a successful probationary period that ensures his or her teaching position. Historically, tenure was awarded to experienced and deserving teachers in order to protect them from discriminatory, unfair dismissals that prevailed during the early 20th century.

A school's library is its backbone. It strengthens and supports all departments and stimulates learning and independent thought. The library breathes life into the lessons from the classroom. We cannot afford to cut back library resources any more than we already have. 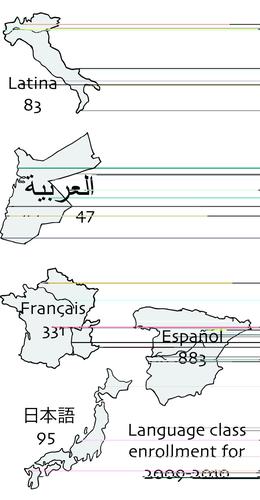 In today's ever-expanding and connected society, it would be wonderful if we all could speak every single language - an impossible goal. Nevertheless, we have students who have taken it upon themselves to try, through enrolling in a variety of foreign languages. As long as the door of opportunity remains open, the appreciation for foreign languages, particularly those less commonly studied, will grow.

The need to take art to heart

One of the many things we are trying this year for Silver Chips is using more artwork and graphics in the paper to make our pages more visually appealing to readers. A problem associated with this increased emphasis on art is that there are issues with. Moving forward, Silver Chips definitely needs to place more rigorous standards for art.

As the Blair athlete streaks down the field, she makes a quick cut to free herself from the defender. Not expecting the move, the defender waits a second before chasing the Blazer down. However, this one-second is all the Blazer needs to get open and score the magnificent goal. Her agility could be a tribute to her talent, or could show the effect the new turf has on sports. This fall season featured some of the most exciting and fast-paced games in recent Blair history. The soccer teams had thrilling games every outing; the football team made quicker moves and ended the season with an impressive two-game winning streak. While these successes are the result of good teams, Blair's new energizing home turf may have made its own contribution to the teams.