Uncertainty is rampant in NFL week three. First of all, the NFL was full of drama last week with unbelievable upsets that marred SCO staffer records. Teams like the Houston Texans, New York Jets and Cincinnati Bengals proved to be formidable opponents for princes of pigskin like Tom Brady, and reminded football fans everywhere of that old saying "any given Sunday…"

Opening week has ended and week two of NFL football is right around the corner. We got a taste of what's to come this season, but we've only touched the surface. Much of the week played out as many had expected: Adrian Peterson once again tops the league with 180 rushing yards, Peyton Manning connected with Reggie Wayne for 162 receiving yards and ol' Tom Brady threw for 378 yards.

As September arrives, millions of Americans across the nation share a common interest: football. With fall comes the much anticipated beginning of the NFL season - a time when fans everywhere rejoice and saturate their lives with goodness otherwise known as America's most popular sport. 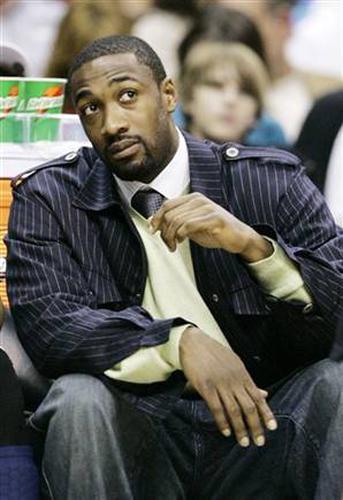 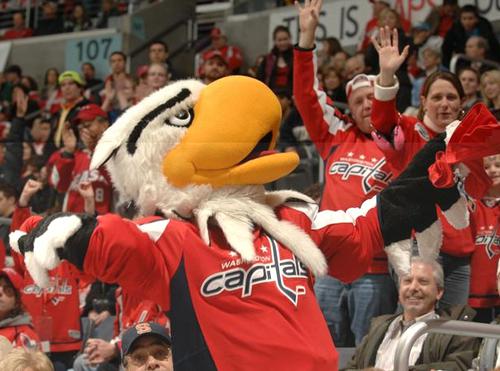 For most Washington teams, it's been a season of heartbreak and disappointment. Amidst this gloomy atmosphere, fans are shifting their support to an unlikely team: the traditionally horrendous Washington Capitals.

The last weekend of games before the big game is here. Philly and Arizona squars off to determine who wins the NFC, and Baltimore and Pittsburgh duel to decide which AFC North team will win the AFC title.

The NFL playoffs kicked off last week with a great set of games. The Cardinals exerted their dominance over rookie Matt Ryan and the Falcons. The Chargers knocked the Colts out in overtime. The Ravens forced Miami into five turnovers even though the Dolphins entered the game with the fewest turnovers in the league. The Eagles spooked the league with a stellar defensive performance against the Vikings.

The BCS may not have a playoff system, but the NFL sure does. Wildcard games kickoff this weekend with four matchups. The Chargers defeated the Broncos on Sunday night to get a playoff spot and the Dolphins beat the New York "Bretts" for the other AFC playoff spot.

The Redskins' playoff chances are dying quickly, but they're not dead yet. The Skins need to win out and get tremendous help from other teams to get the final wild card spot. It's not impossible, but it is much more difficult following a loss to the Bengals.

The Redskins' playoff hopes are diminishing quickly as they have fallen deep into an offensive slump, epitomized by their loss to the Ravens last Sunday. At the same time, running back Clinton Portis is lashing out against coach Jim Zorn for not giving him enough touches late in the game.

Drama was in New York this week as Plaxico Burress's season has effectively ended following a four-game suspension from the Giants' front office. Burress may have more troubles ahead with a bigger authority: the law.

After a short week of school, students get a long Thanksgiving weekend to eat heartily, be with family and watch football. The NFL scheduled three games for turkey day and the rest at normal times. However, us experts take Thanksgiving as a break and therefore did not pick those three games. 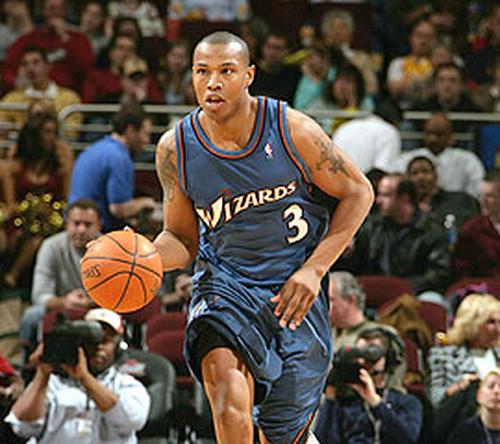 For the first time since 1999, the Washington Wizards have started off 1-7 and are without star guard Gilbert Arenas. Arenas received a huge contract in the offseason, as did forward Antawn Jamison to keep the big three of Jamison, Arenas and forward Caron Butler together for another few seasons. So with the season still young, Silver Chips Online is here to give Washington fans a little preview of what to expect from the Wiz this season.

The Skins are back after their bye week and welcome with them ex-Raider cornerback DeAngelo Hall. However, concerns over an injury to Clinton Portis could spoil his welcoming and make a victory for Washington harder as they take on Dallas at FedEx Field.

Brady Quinn made his NFL debut on Thursday night against the Broncos and he did not disappoint. Unfortunately, the unsure hands of Kellen Winslow (and other factors) cost the Browns the game. All three of our experts picked correctly, giving them a 1-0 record in week 10 action so far.

Welcome to an early edition of SCO's NFL predictions. Thanks to the Cleveland Browns and the Denver Broncos, football fans get an early dose of action on Thursday night. Our regular recap of last week will come in the full edition of this week's picks in the next few days, but to get you started, let's see how our experts fared last week.

The Tennessee Titans continue to impress. Their latest victims: the Indianapolis Colts. A 7-0 start is unprecedented for the growing franchise. Who knows where it will take them - maybe to the Super Bowl with the currently 6-2 Redskins? The Skins take on the Steelers on Monday Night Football before heading into their bye week.

Another tumultuous week for Dallas finds the Cowboys falling at the hands of the Rams, who have now knocked off two NFC East powers in a row. Brett Favre has been accused of telling the Lions how to beat the Packers. Well, it didn't help them if he did. But the main stories coming into week eight are injuries. The Patriots lost two starters and the Saints lost a star running back. On a positive note, the Eagles get back Bryan Westbrook this week.

The NFC East was once thought to be untouchable, but then week six happened. The previously undefeated Giants fell to the then-one-win Browns. Our hometown Redskins fell to the then-winless Rams. And the Cowboys fell to the Cardinals in overtime. The Eagles were able to dispose of the 49ers.

And then there were two. The Bills fell last week, leaving only the Giants and the Titans with perfect records so far. Our hometown Redskins are not far off with a 4-1 record after winning four straight games, two of which were division road games. This week, the Skins tackle the winless Rams in what should be an easy match up, but crazy things happen in the NFL. In other league news, "Pacman" Jones is in trouble once again and his career hangs in the balance.

Washington celebrated last week as the 'Skins marched into Texas Stadium and took care of the Cowboys with Santana Moss showing what he can do when he's healthy. The Broncos' undefeated streak ended at the hands of the then-winless Chiefs. But a new week brings new match-ups to keep an eye on. The hometown Redskins head to Philly for another division battle against the possibly Brian Westbrook-less Eagles. The Titans and Ravens square off in a battle of tough defenses as the Titans try to remain undefeated along with the New York Giants and Buffalo Bills.

Another week brought another Redskins victory, but also left many big-name players out for a few games. Jeremy Shockey, Willie Parker, Dawan Landry and Jason Taylor will all miss this week and possibly more. Also in the NFC East, Giants wide receiver Plaxico Burress has been suspended for two weeks for violating team rules, though a bye week for the Giants means he will only miss one game during week five.

Another week into the season and coach Jim Zorn has his first win as a head coach, in thrilling fashion too. Meanwhile, rookie safety Chris Horton looked good on the field, reminding some of the late Sean Taylor. A disputed call gave Denver a victory over San Diego as the Broncos went for two in the closing seconds instead of kicking the extra point to tie the game. Who does that? The Vikings are now 0-2 and the Packers are 2-0. And Matt Cassel knocked off Brett Favre's Jets, showing he is a suitable starter in place of the injured Tom Brady.